Archive For The “Visual journalism” Category 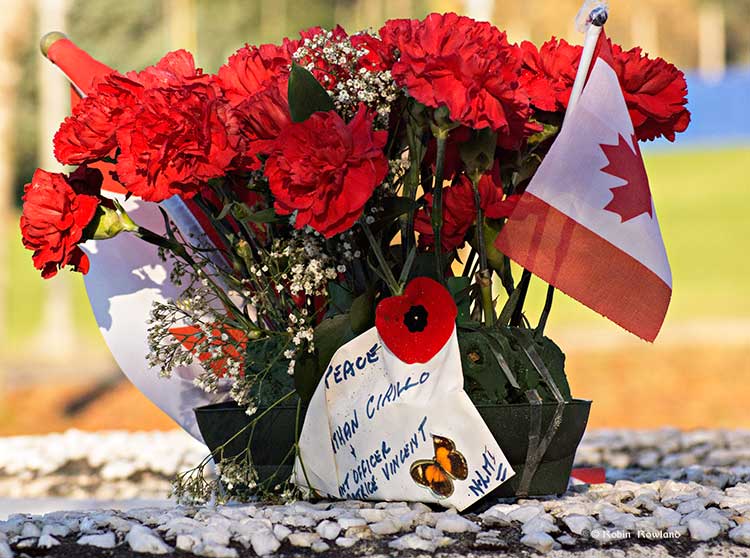 In Kitimat, as happened across the country on November 11. 2014, there was a larger turnout than usual at the Remembrance Day service, as people reflected on the recent events, the deaths of Cpl. Nathan Cirillo and Warrant Officer Patrice Vincent, as well as the fact that Canadian Forces are in action against the Islamic State in Iraq. 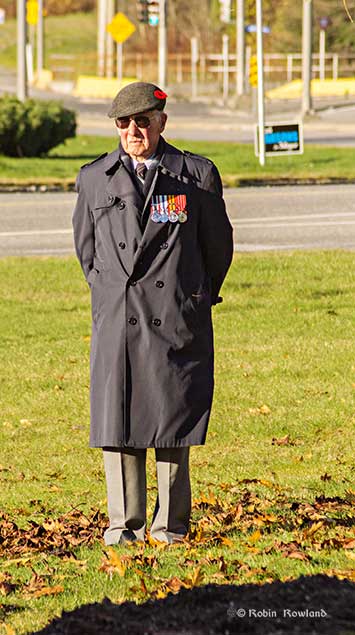 A veteran waits quietly for the ceremony to begin. (Robin Rowland) 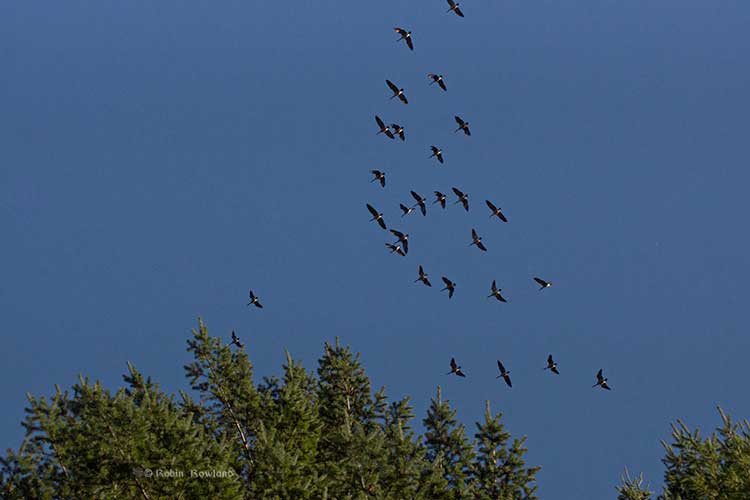 As in previous years, the fly past over the cenotaph came from the wild, migrating geese. 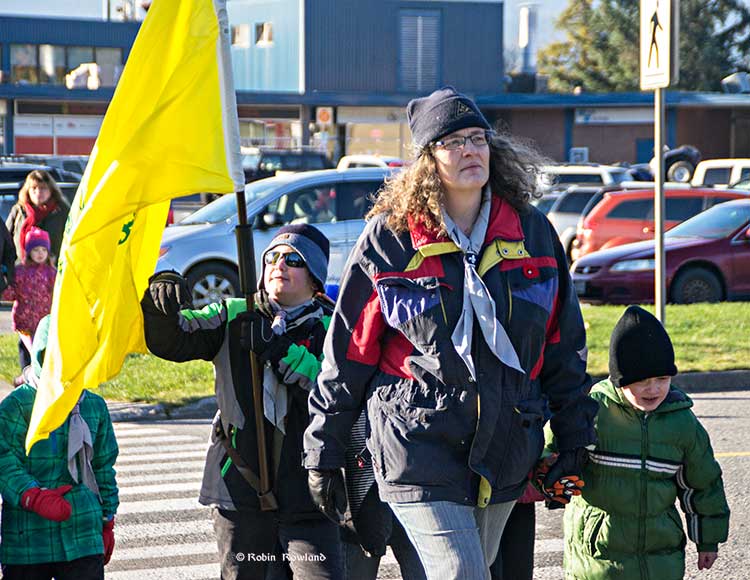 A cub leader and her troop were part of the parade to the cenotaph. (Robin Rowland) 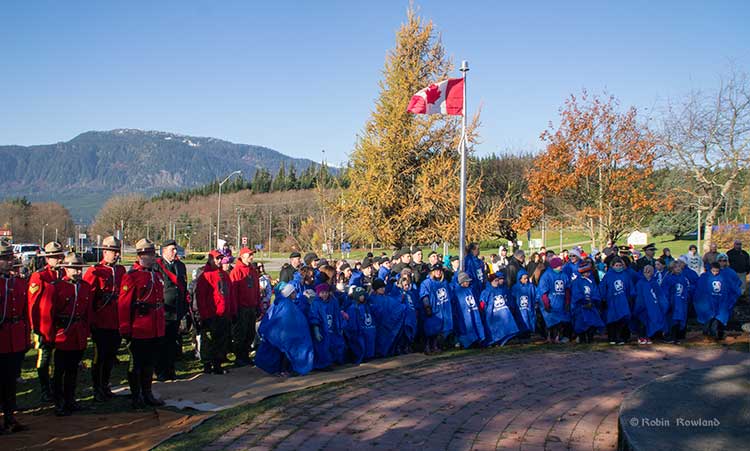 The Royal Canadian Mounted Police and Girl Guides at the cenotaph with Canadian Rangers and Army cadets in the rear ranks. (Robin Rowland) 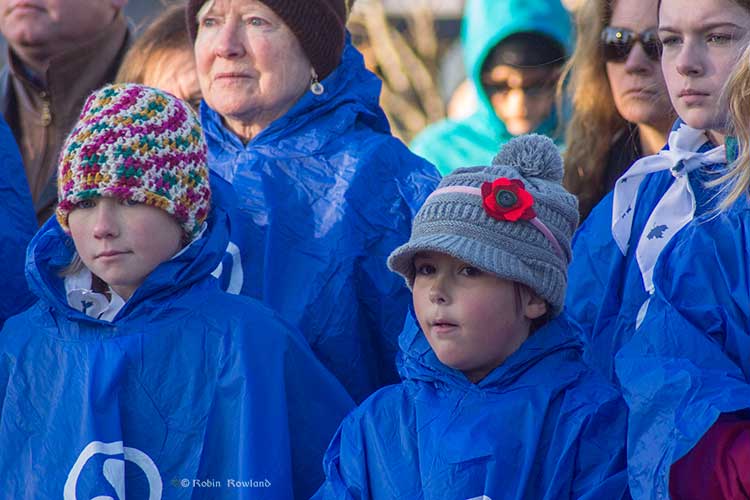 Generations of Girl Guides at the cenotaph in Kitimat (Robin Rowland) 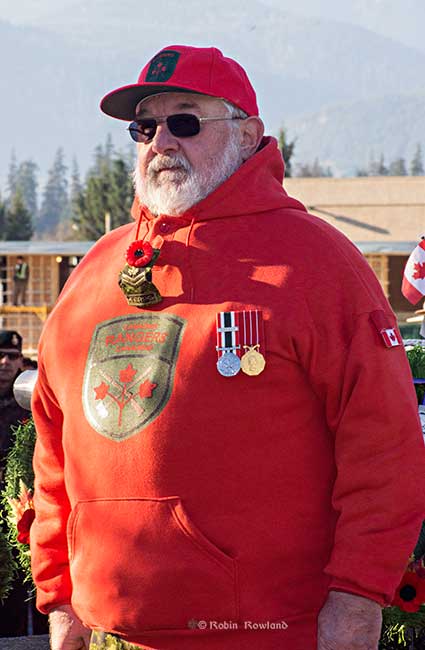 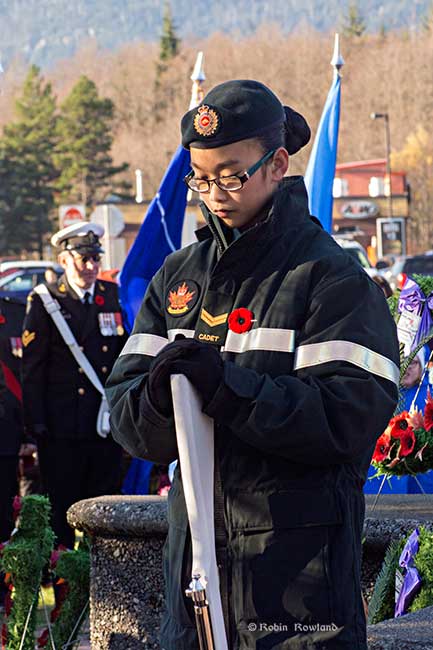 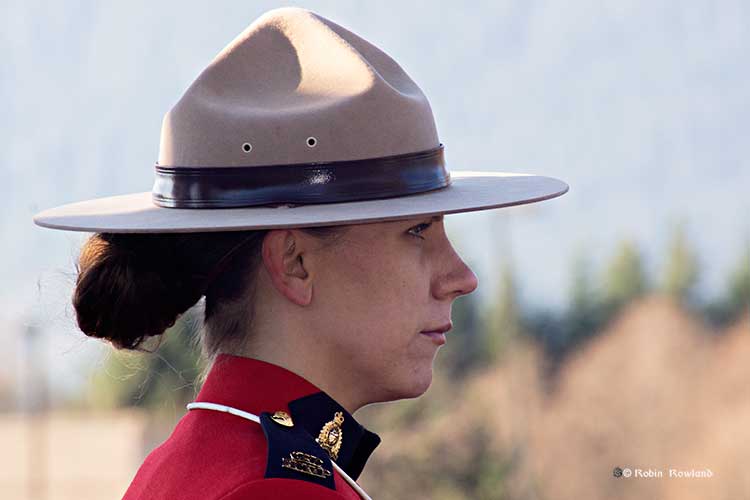 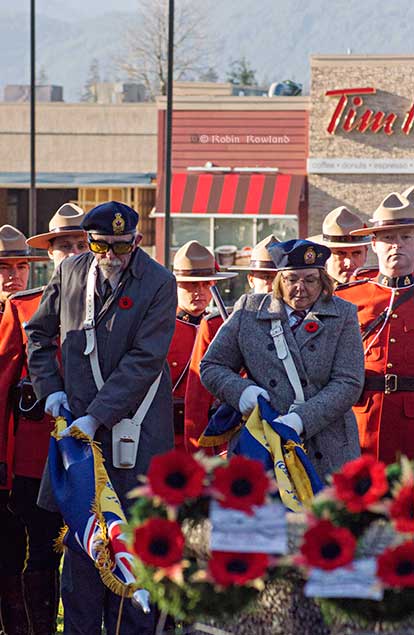 Members of the Royal Canadian Legion lowered flags during the two minutes of silence. (Robin Rowland) 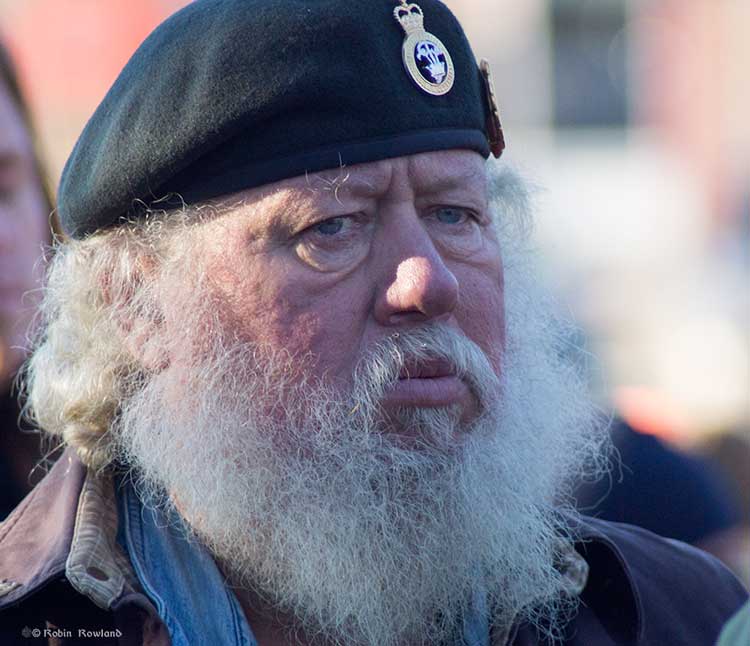 One of the veterans at the Remembrance Day ceremony (Robin Rowland) 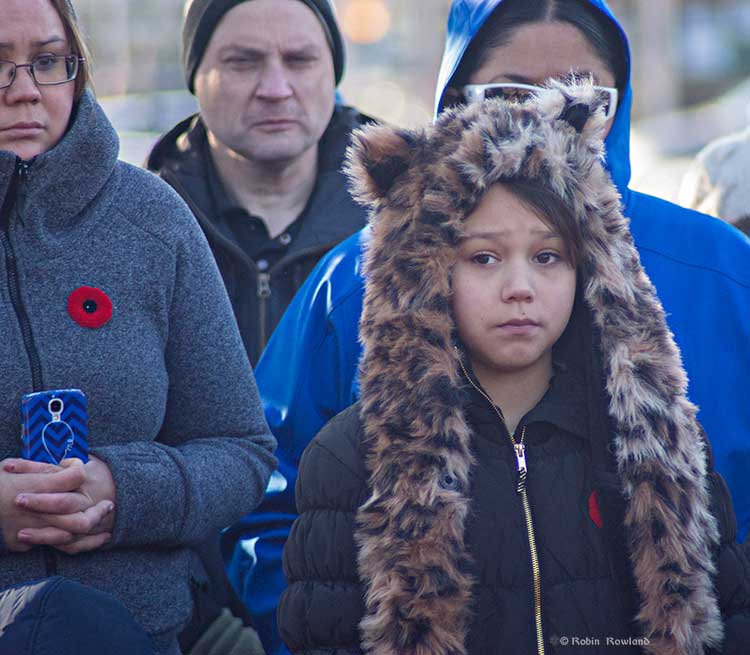 The spectators at the Remembrance Day Ceremony. (Robin Rowland) 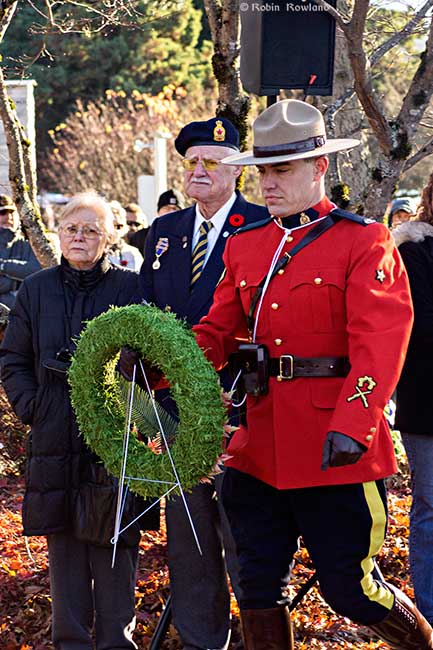 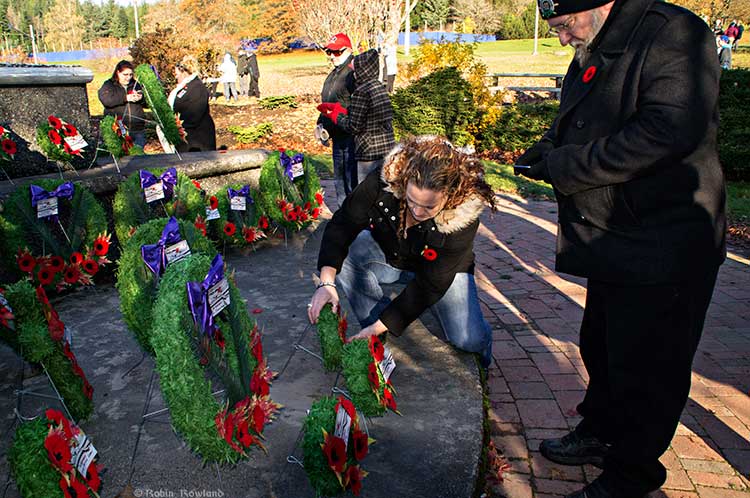 For the past several years, there’s been a tradition that began at the Tomb of the Unknown Soldier in Ottawa, people leave their poppies at the cenotaph. Here in Kitimat, people are now pinning their poppies to the wreathes that were laid at the cenotaph a few minutes earlier. (Robin Rowland)

Kitimat BC election all candidates meeting May 1, 2013 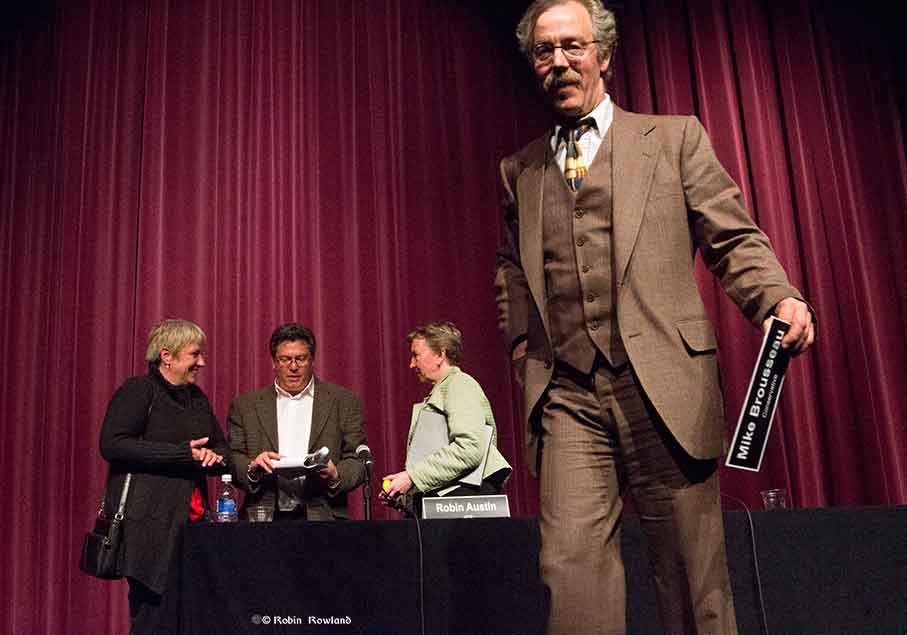 The candidates from three of the major provincial parties in Skeena riding in the 2013 British Columbia election participated in an all candidates meeting Wednesday, May 1, 2013. NDP candidate and MLA incumbent Robin Austin makes a point while Conservative candidate Mike Brousseau and Carol Leclerc listen. 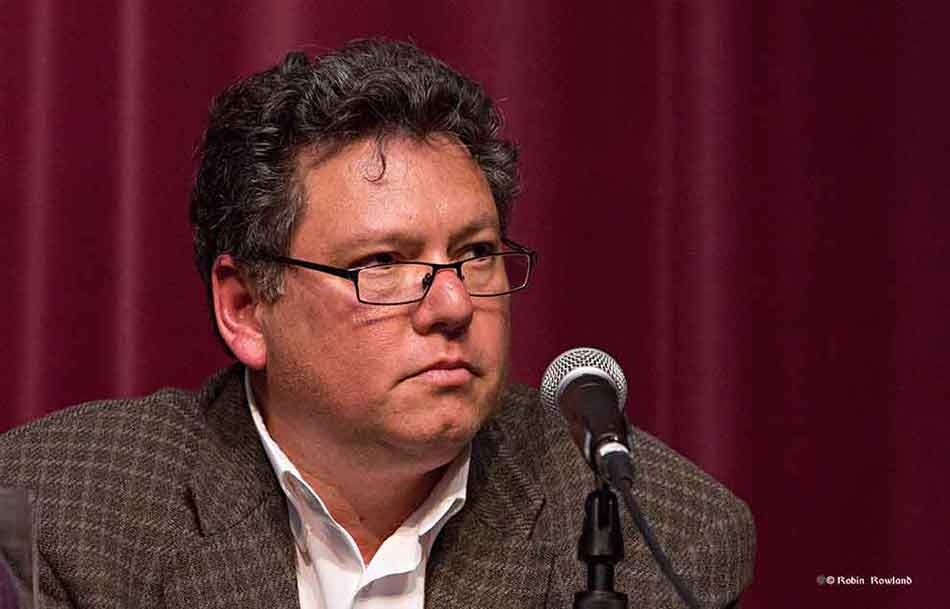 Robin Austin listens to a question at the all candidates meeting. 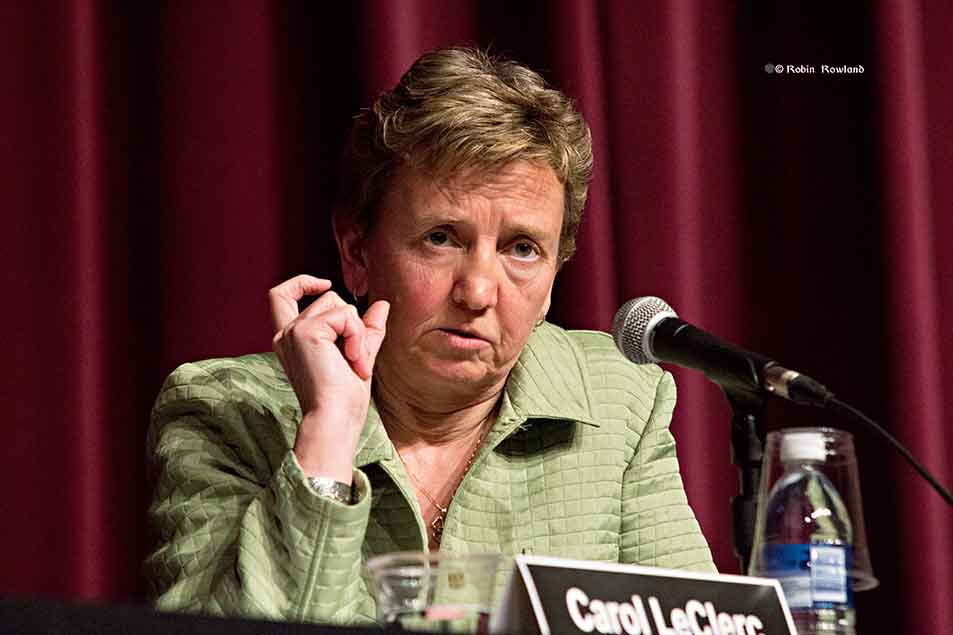 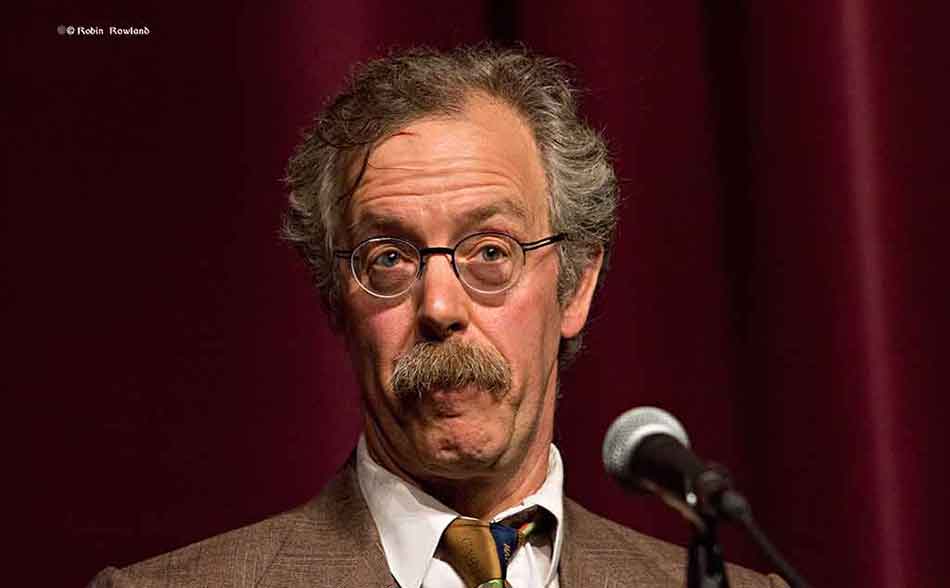 Mike Brousseau listens to a questioner. 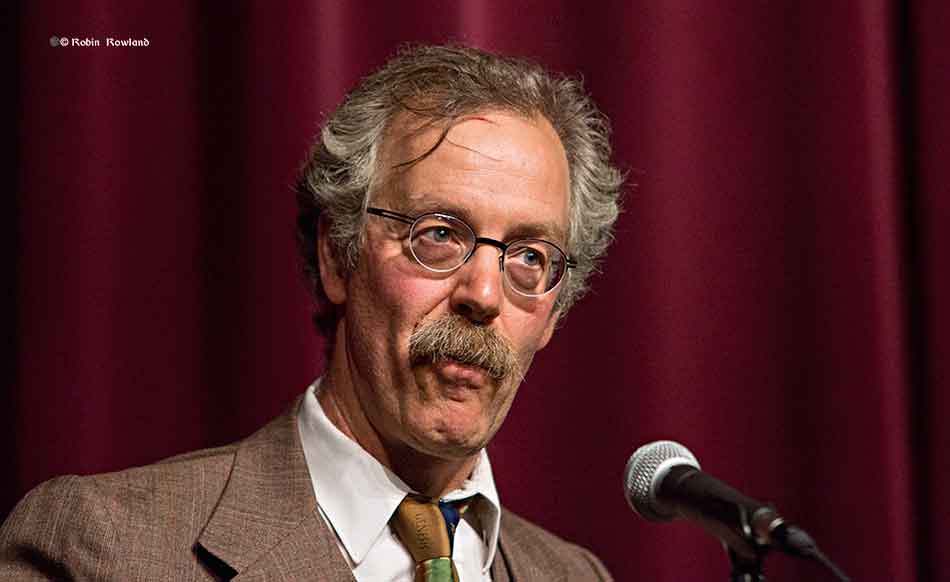 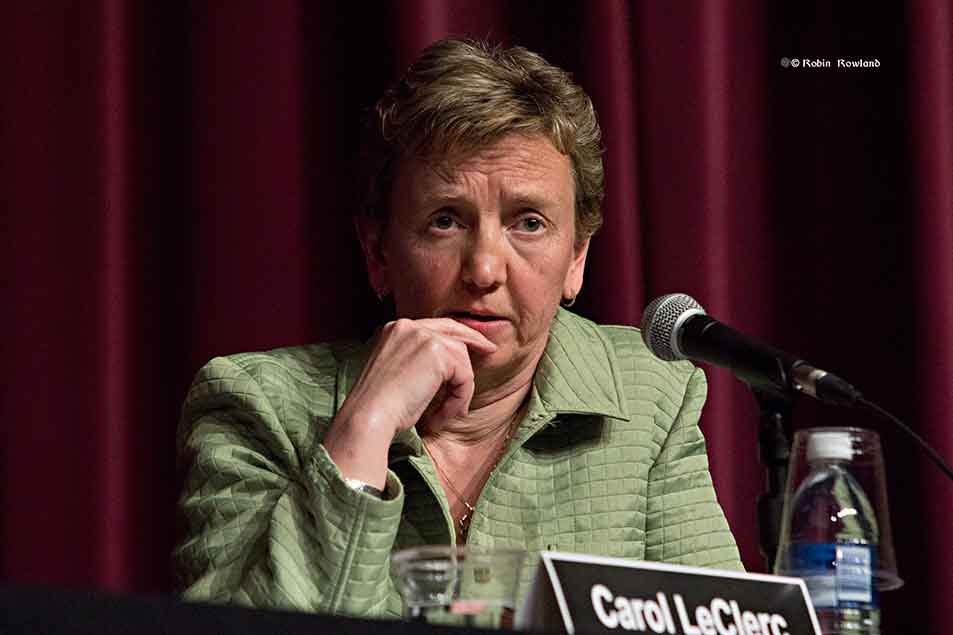 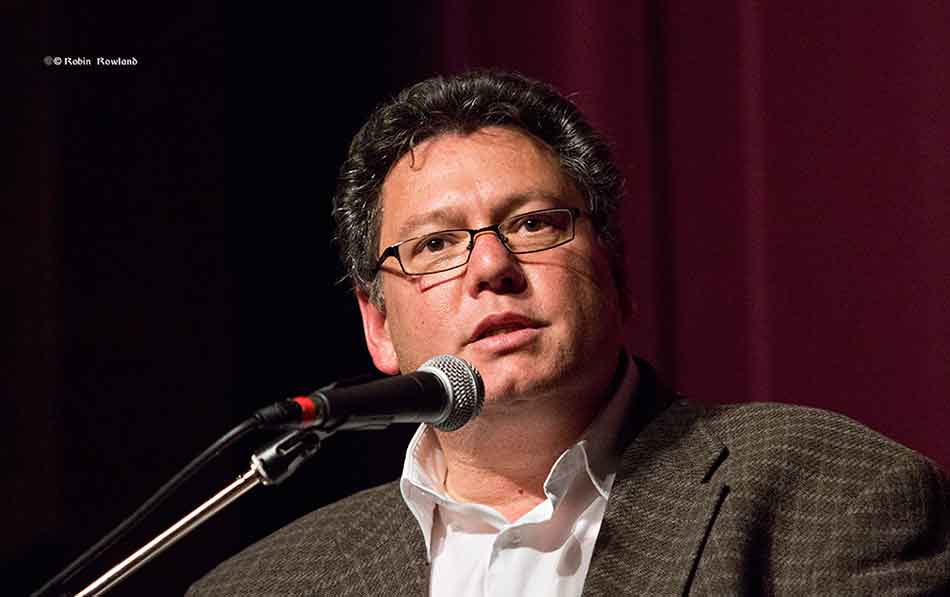 Mike Brousseau, the Conservative candidate leaves the stage at the Mt. Elizabeth Theatre following an all candidates meeting in Kitimat, BC, May 1, 2013 In the background, NDP candidate Robin Austin of the NDP, the incumbent MLA, centre, chats with Trish Parsons of the Kitimat Chamber of Commerce, left, and Liberal candidate, Carol LeClerc, right
.