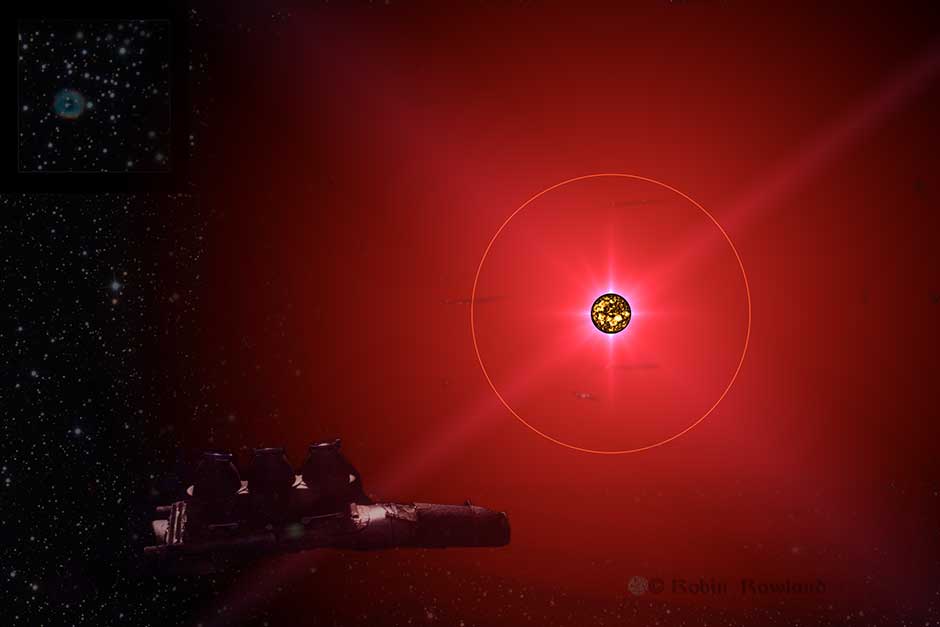 So here are the results of my latest project, scratch building a couple of alien starships and then applying my photographic and Photoshop skills to put them in some star systems not too far away.

You start by going to the dentist for a teeth cleaning and scaling. 🙂   And then take the clear plastic packaging for the tooth brushes that the dentist gives you at the end of  the ordeal. 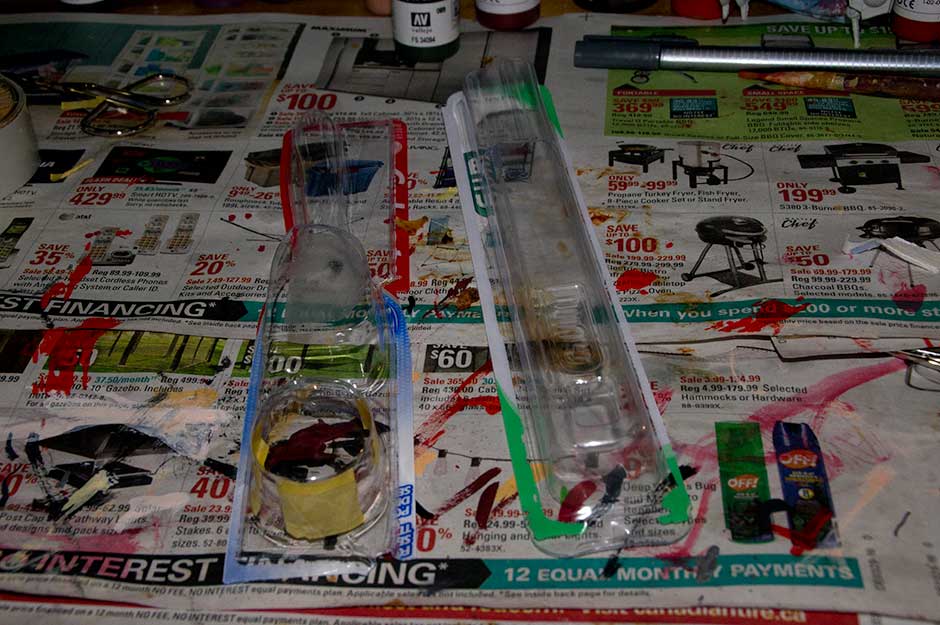 Add modellers’ masking tape to mark windows for the bridge and viewing ports. The exterior tape is the exact size of the windows I want, the interior is much wider. 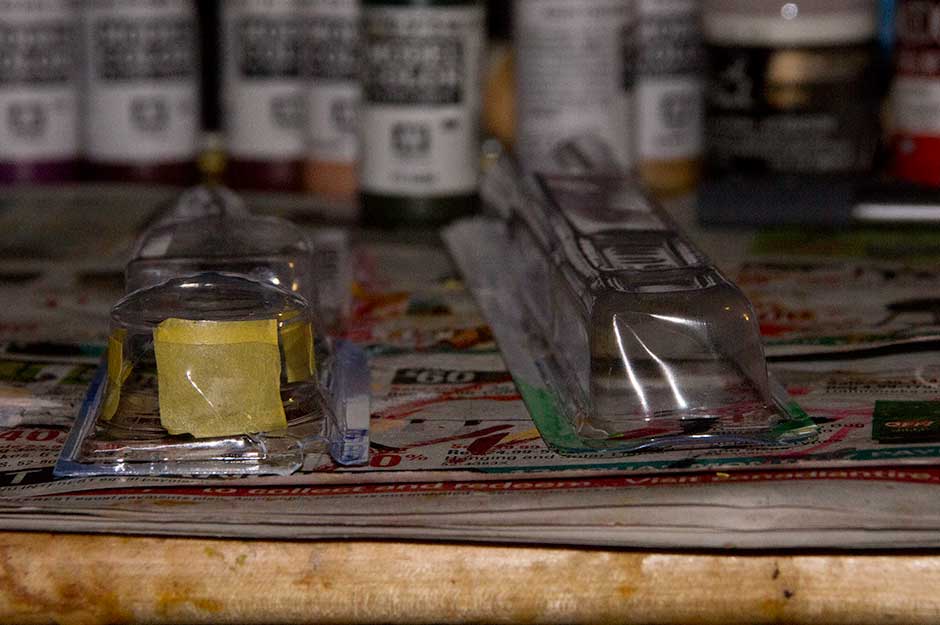 Spray paint inside and out. I use a heavy duty plastic compatible automobile primer. 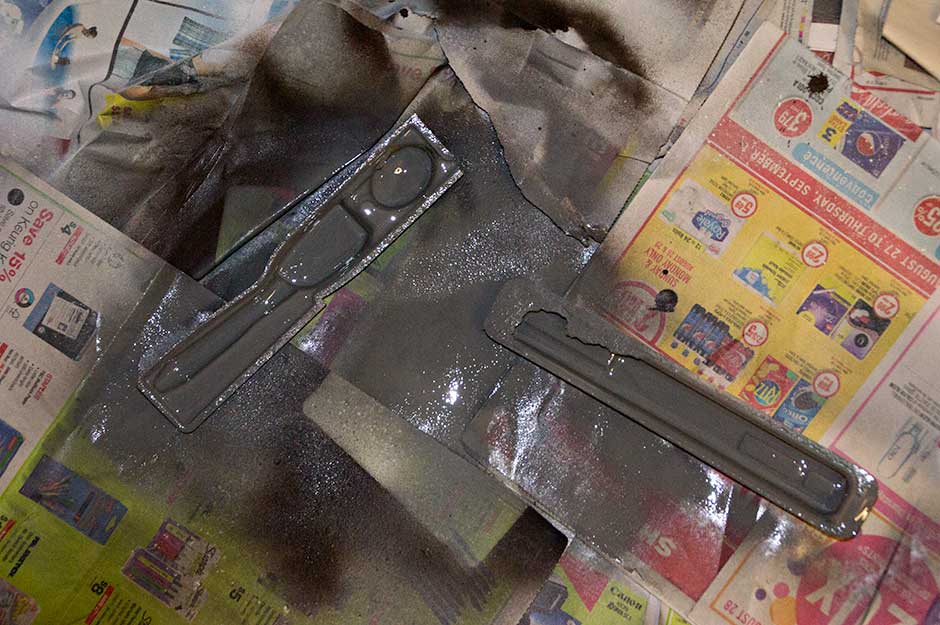 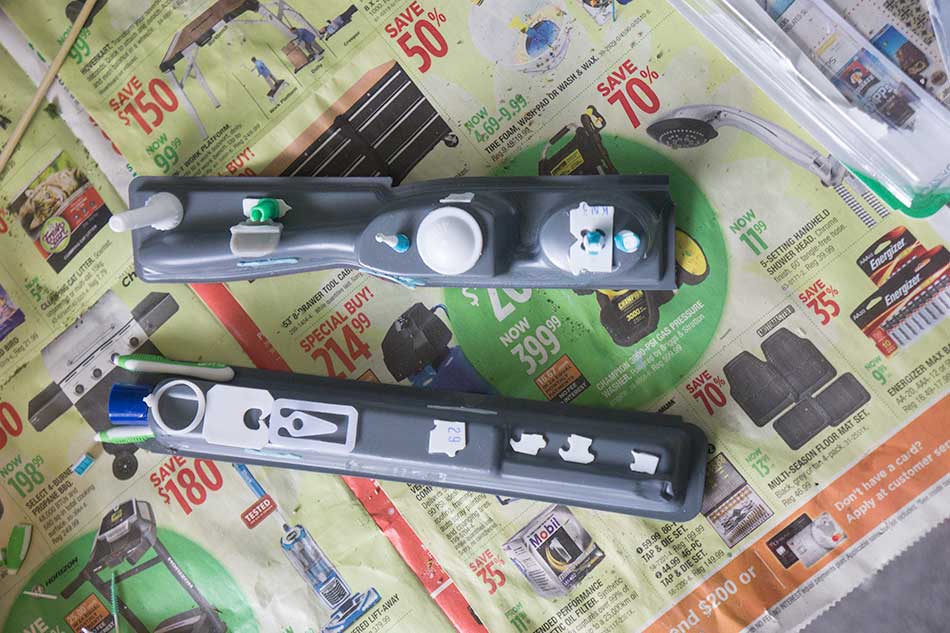 Detail the starship with appropriate scrap that will add to the appearance of the starship.  Remove the inner masking tape and replace it with images (in my case I reduced stock photos to a few millimetres in Photoshop).

Then decide what the basic “look” of the starship should be. After the two halves were glued together, it came to be that although this is designed to be a starship,  it had a sort of steampunk look. (The projection in the stern is not a smoke stack.  The bit of scrap plastic was there to fill a gap in the original toothbrush package). So I used a gold spray paint and decided it was a luxury liner for that alien species The Golden Starliner. Remove the outer masking tape to reveal the windows. 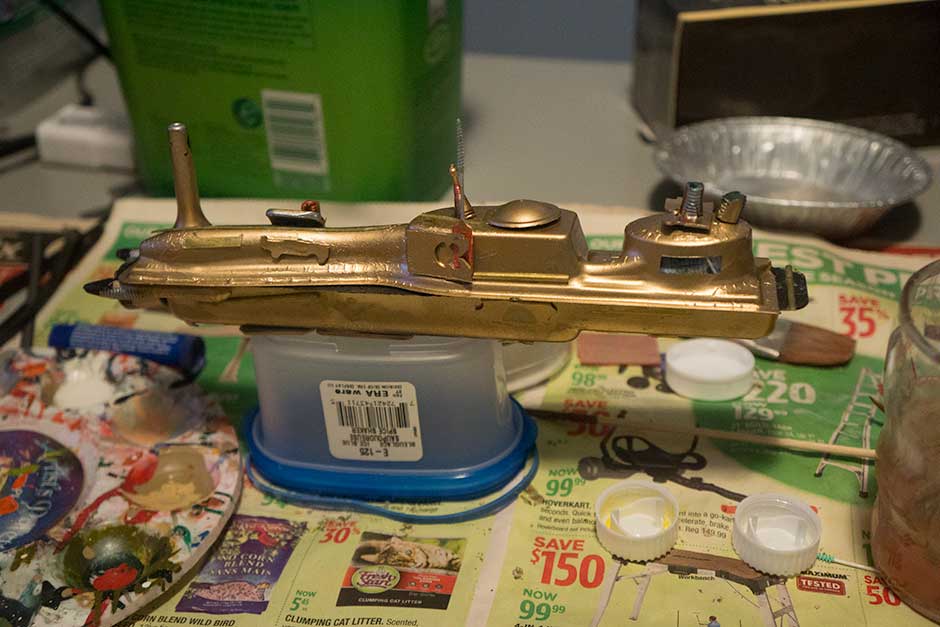 Later I added detailing paints, varying the gold in areas with brass and copper paints and adding colours including reds, greens and blues where appropriate.

Once the Golden Starliner was complete, I decided the neat thing to do would be to have it pursued by a pirate ship. For that I already had one look in mind, that the ship would be black.  Although sensors in that star system not too far away might detect the ship, it would be black to make visual spotting and identification difficult.  The vessels are not the same scale.

The main body is a shampoo bottle.  The upper deck is another bit of clear plastic packaging, enhanced with one of my favourite candies, Cadbury Cream Egg packaging. 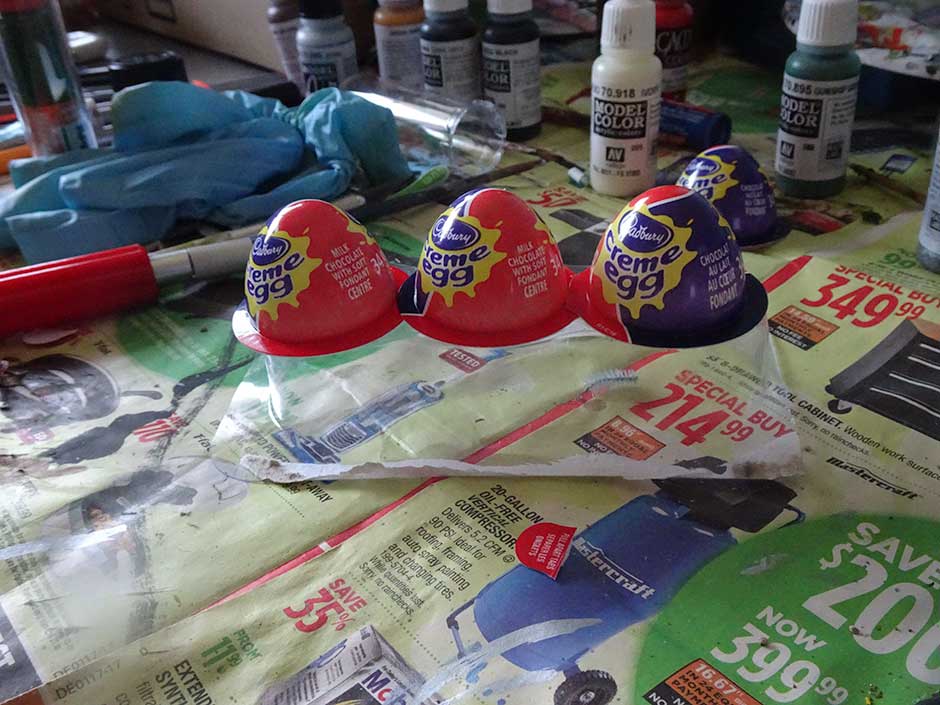 The upper deck was glued to the shampoo bottle and secured with push pins for drying. I originally had planned to remove the pins after the glue was set but decided to keep them.   I used the same grey auto primer. The nacelles, as you can see, are from used highlighters. 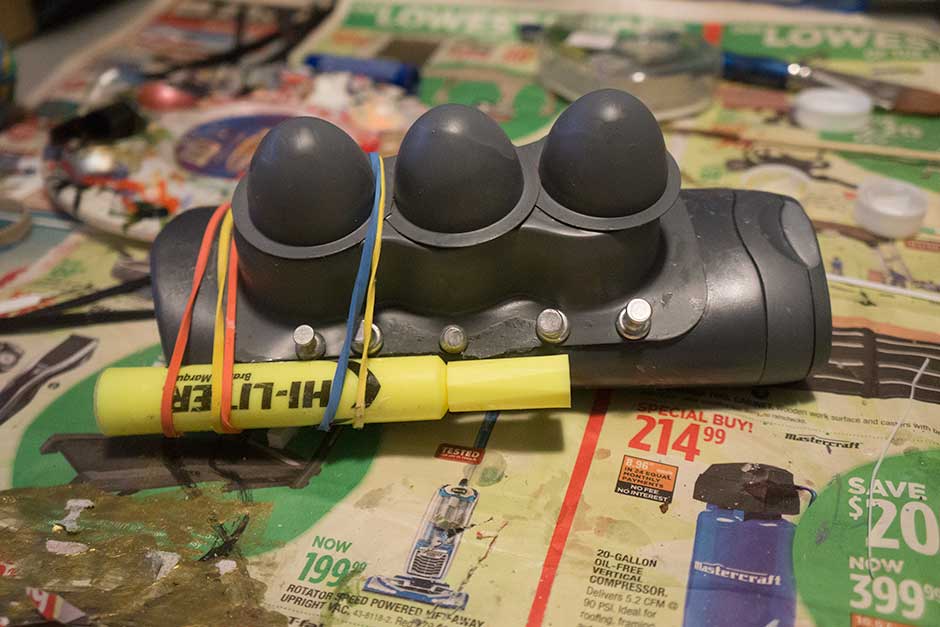 The bow is  the top of a bottle of mouthwash, another cream egg package plus a bit of scrap from a juice container as the sensor unit. (Thinking that the forward sensor unit could mean the pirate ship could be part of the Star Trek universe) 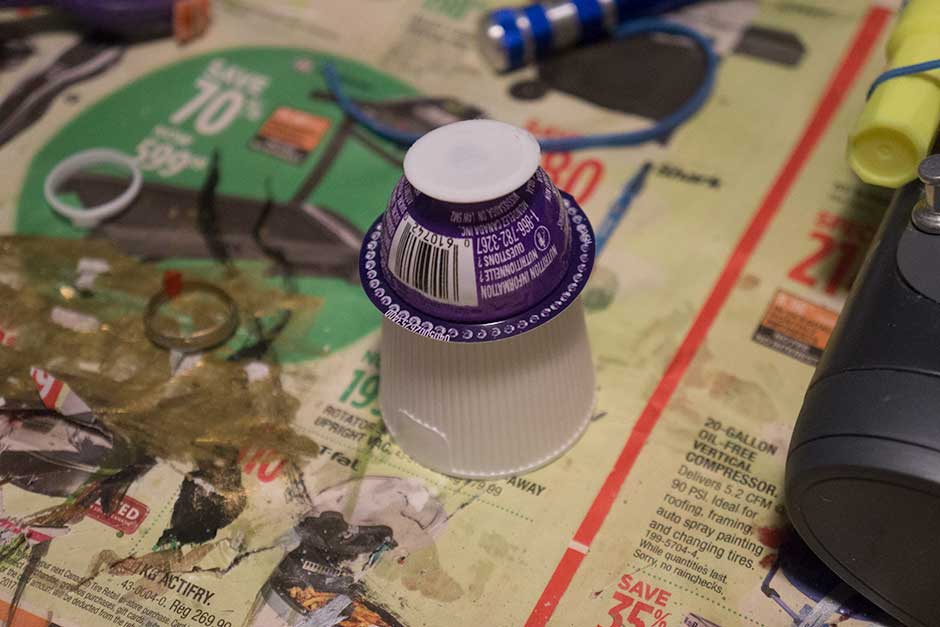 The pirate ship was spray painted flat black, with the engine end of the nacelles (the highlighters) masked by tape.  Some parts were painted in a metallic blue, which was also used to dry brush “space rust” with some other parts also painted in different metallic colours to enhance the model.  Here it is seen as I am setting up to take the photographs. 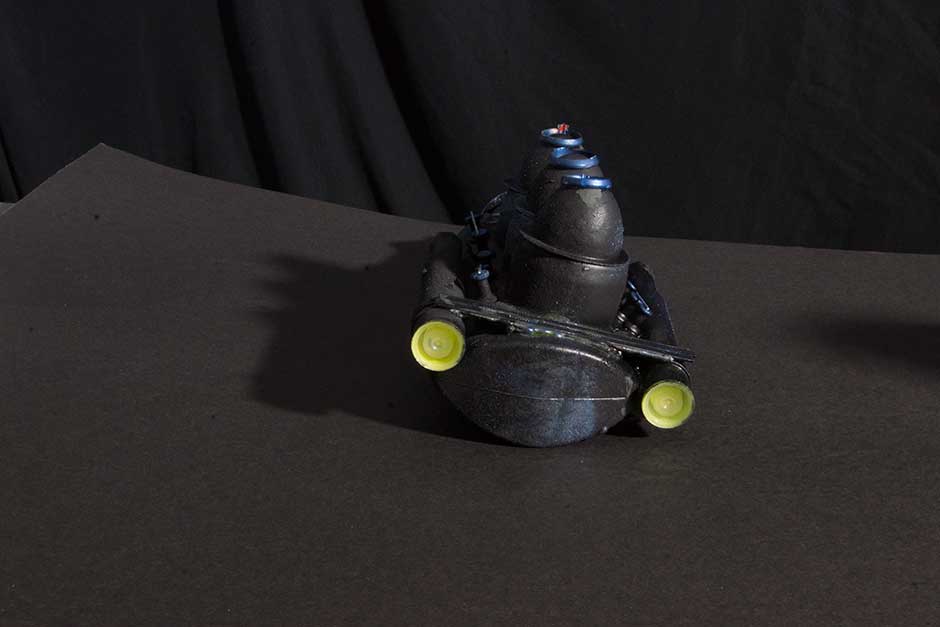 Here I am setting up the chase scene for the camera, showing the completed scratch built models. 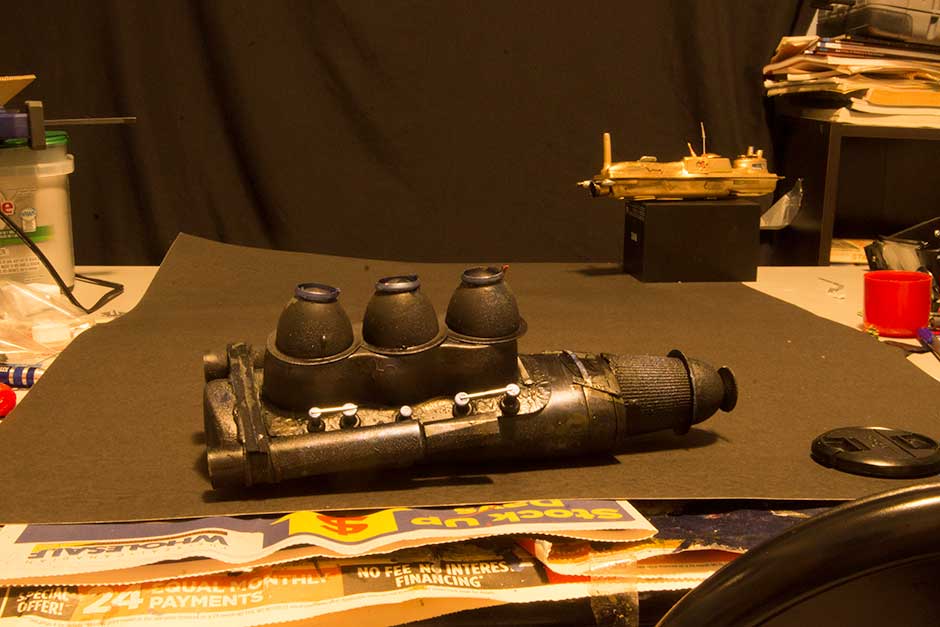 The photographs have three elements.  The models are photographed in low light with a black background on  black cardboard.  The planets are created in the Photoshop filter plugin LunarCell by Flaming Pear Software. The sun was created in Flaming Pear’s Solarcell filter.

Lighting with a LED TV news lamp was adjusted to fit with the illumination of  the planet or the star. 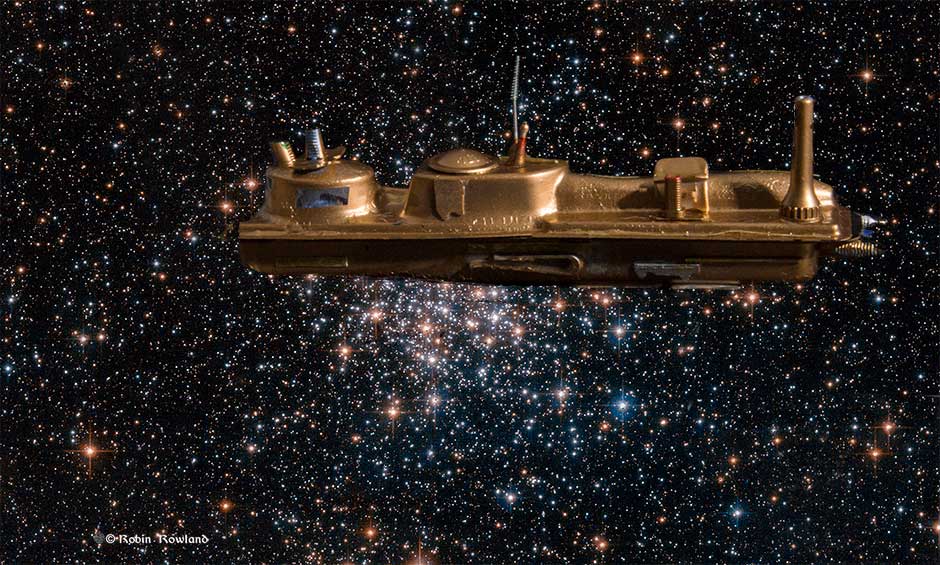 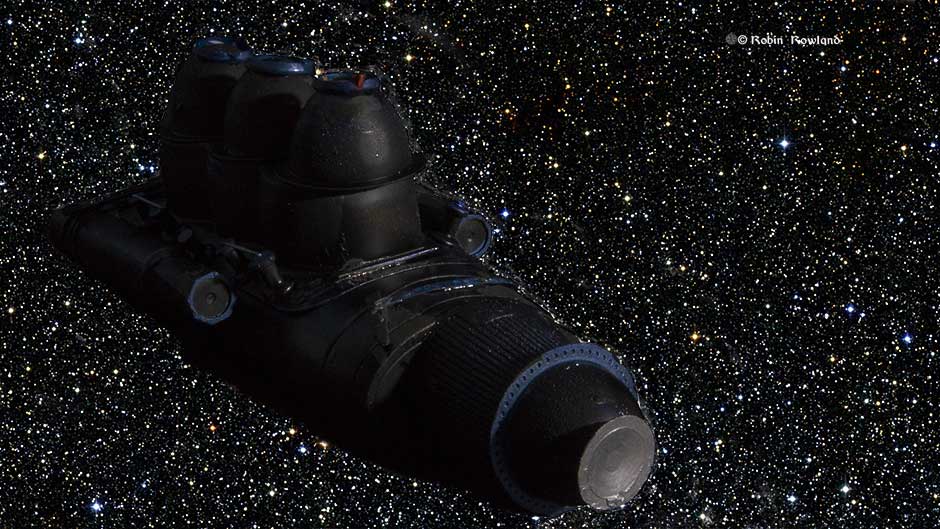 The pirate ship orbits its base, a marginal planet where normally no one would live. 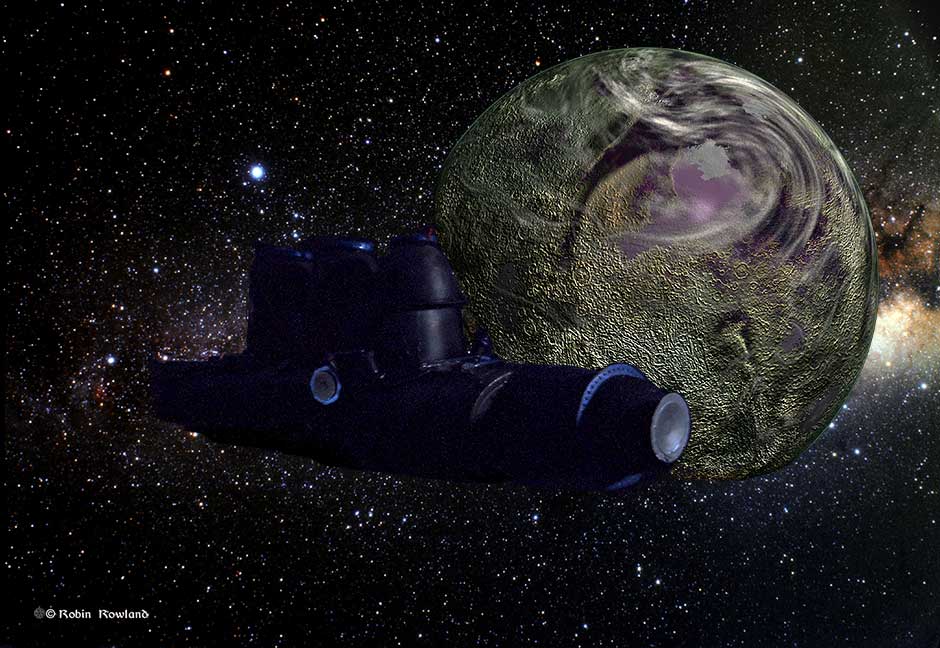 The pirate ship is an ambush predator, orbiting as close as possible to a red dwarf star so it won’t be seen.

The Golden Starliner follows its usual course from planet to planet, oblivious to what awaits it at the next star. 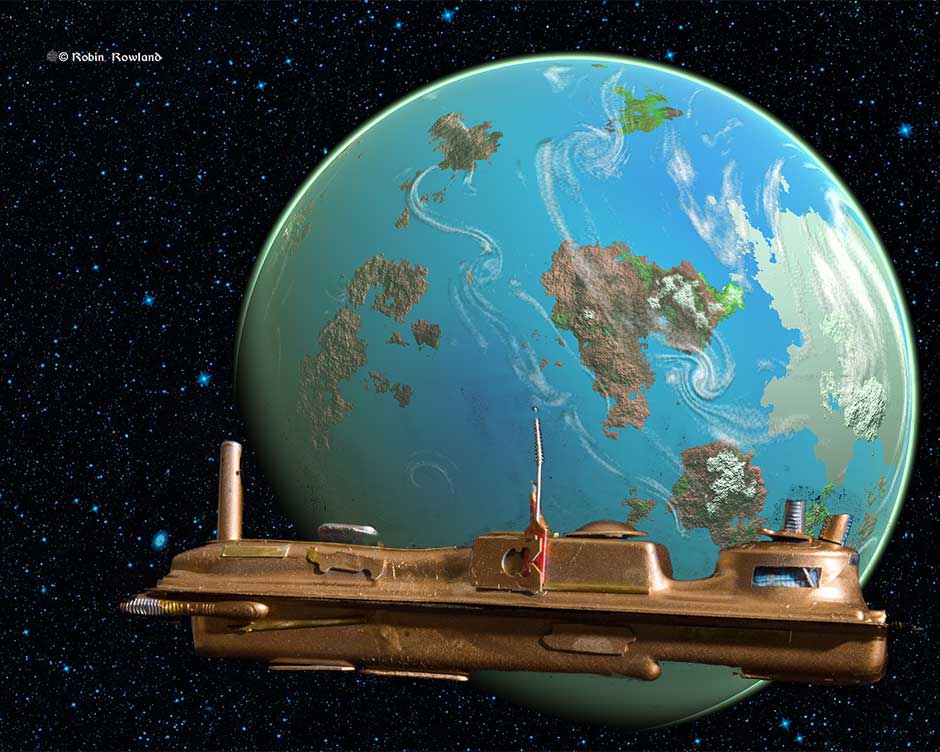 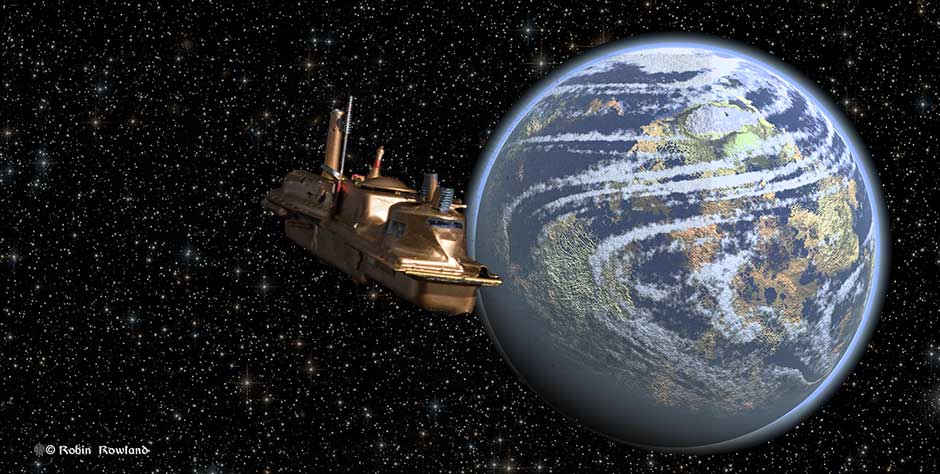 And the ambush predator begins the chase. 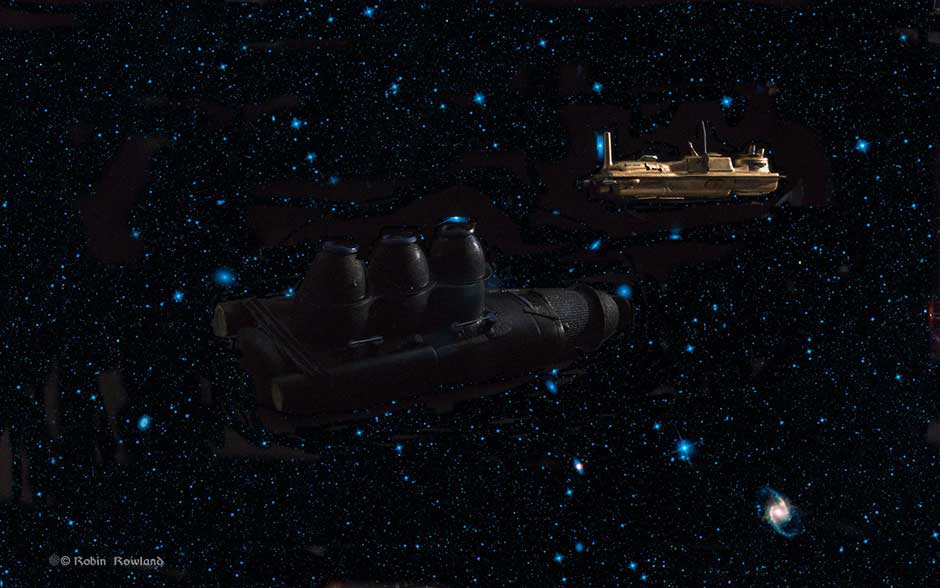 One thought on “A pirate starship chase, scratch built from toothbrush packages”