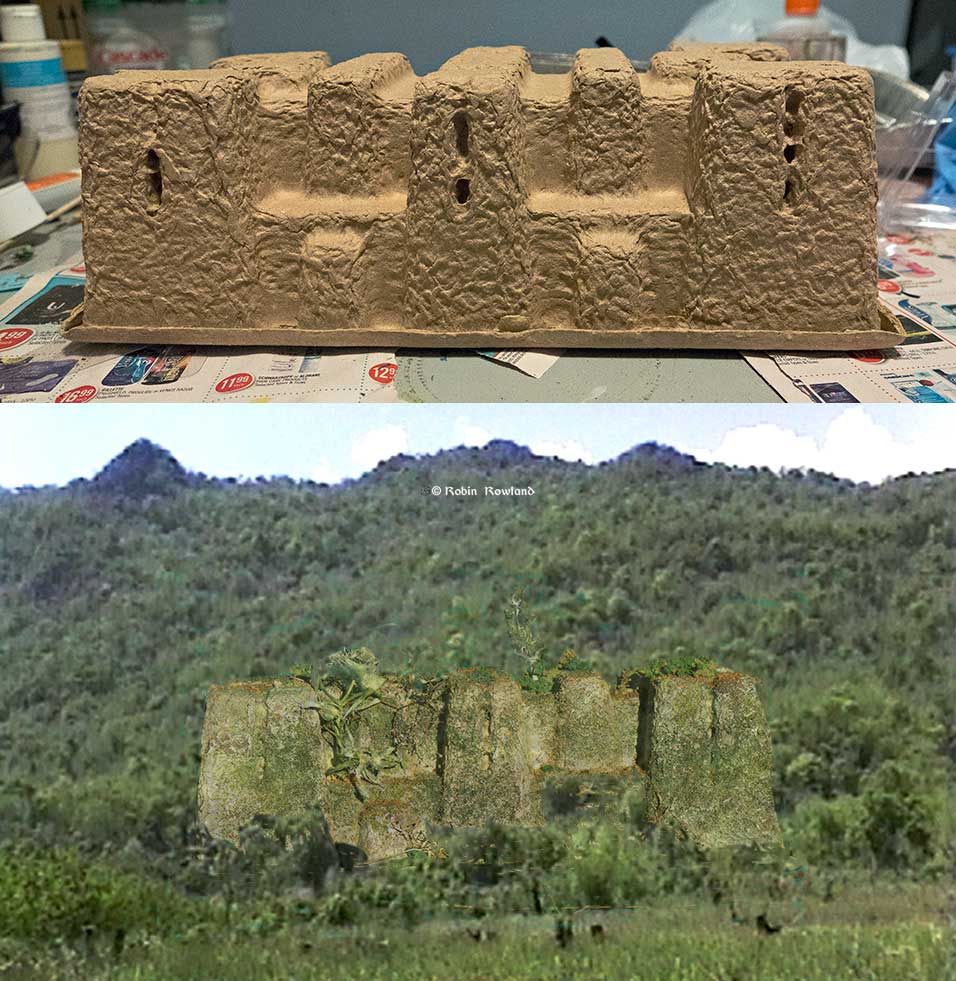 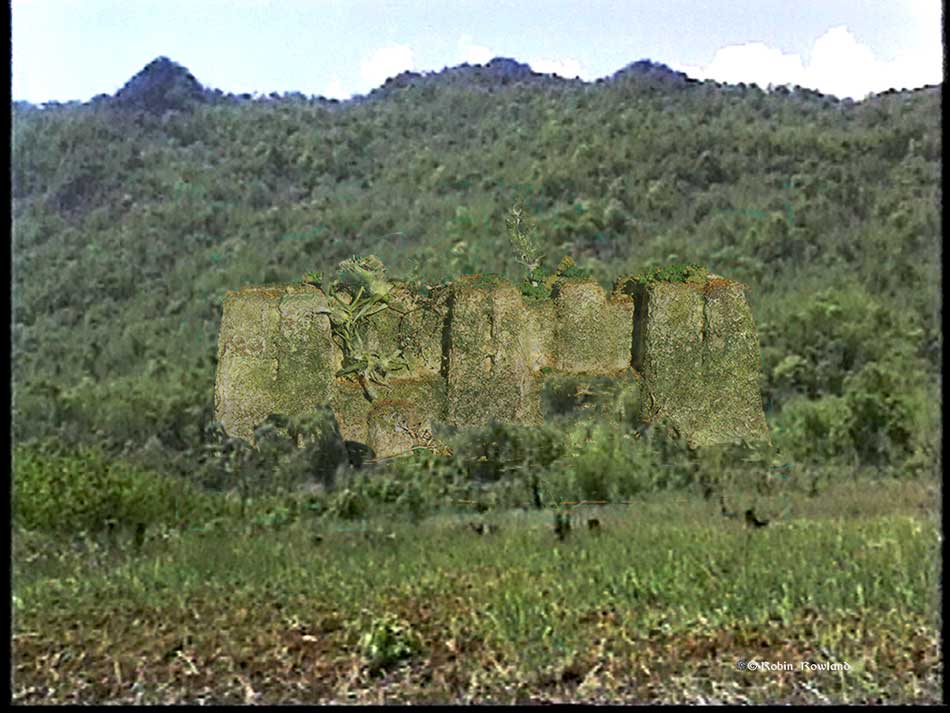 The term tier trestle is fairly recent, given by historians to the bridges built along the route of the Burma Thailand Railway (the River Kwai). See, for example, this Australian government report.

The term could, of course, refer to what are called the levels or stories on a standard trestle. (The Oxford Dictionary defines tier as one of several units of a structure placed one above the other.)

There are key differences with the tier trestle and the engineering standard. The river bridges built by the Imperial Japanese Army engineers using prisoner of war and indigenous slave labour did
follow engineering standards and were solid enough to survive repeated attacks by British and American bombers.

On the other hand, the bridges over the hundreds of ravines were not-so-solid, built hastily and by engineering units that were not as experienced or competent as those building the actual river bridges.

Recent scholarship seems to indicate that the long-term Japanese plans called for these bridges to be filled and covered with earth. a method described in the Merriman Wiggin American Civil Engineer’s Handbook, an indication that the similar methods were used in North America.

Steam era modelers may want to use the tier trestle bridge or some variant for what the
Handbook calls “construction trestles” on temporary lines, or on narrow gauge railways. The handbook recommended removing the bracing during the fill process when it is reached by the fill to prevent the pull in the bracing under the load of the fill from distorting the posts and even breaking them.

In muddy conditions, common in the rain
forest, it warned that “if piles were driven into the mud,
sudden movements of the mud and newly made fill frequently not only
break the braces but snap off the piles and demolish the entire
structure. Such trestles should be built of piles of large diameter,
driven to hardpan and heavily sway braced and the sway bracing
removed when reached by fill.”

Due to war time pressures, in many cases, this step was never completed and so the tier trestle bridges were used until the line was abandoned, often requiring frequent repairs.

Characteristics of a
“tier trestle.”

The Merriman Wiggin handbook makes no mention of this type of construction, so it may be that the Japanese engineers improvised at first and then adopted the method along the entire railway.

The Japanese engineers used local hardwood, mostly teak, to build all the bridges. In my preliminary research experienced bridge modelers told me that dowels that are true to N scale are not available.

Staining the wood
The tropical hardwoods, like teak, used in the building of the bridge are usually insect and rot resistant without use of preservatives such as creosote. And creosote was not available during the war. So I stained one third of the bamboo skewers, toothpicks and Hunterline stringers and sway braces with teak stain. Another third was stained with teak stain mixed with neutral for a lighter shade. The final third was left natural. The bamboo place mats were left natural.


Building the bents
Construction methods on the ravine bridges were hurried and often slipshod. One called “The Pack of Cards Bridge,” built by conscripted Burmese forced labour under Japanese supervision collapsed three times. So the building of the model also reflects this. The caps, sills, exterior bent posts, abutment posts and retaining walls were made from bamboo skewers. So were the extra
horizontal exterior girts. Bent posts were made from round toothpicks. The horizontal bent braces from the bamboo mats. Other bent braces, girts and stringers were from the Hunterline kit. I
followed the instructions from Hunterline and from various articles in hobby magazines, building the bents first.

I found that Micro Engineering instructions can be awkward and it is best to add the guard track
first, using CA adhesive and small clamps to make sure it is well stuck. I used only one guard track, rather the regular two. One guard rail or shorter ones are common in old photographs, probably due to shortage of materiel. Planks were glued in the centre of the bridge. The railway was the only route through the jungle and many people used it as a roadway, which meant there had to be places to walk between the ties. You still see the same kind of planks on railways in parts of Thailand today. The stringers were glued to the bottom of the track. Completing the bridge The standard bridge was built first by adding the girts and sway braces. I then added the additional girts

Weathering
To weather this bridge, I had to keep in mind that it will be in a model rain forest. The track was painted a grayish color and then given a teak wash as I describe in the Apalon bridge post. The first step was to use a variety of green chalks brushed onto the bridge. The second step was to use black and gray chalks along the track and on the bents, since this was a heavily traveled steam railway. I had tested the standard weathering mix of heavily diluted shoe dye and alcohol on stir sticks but the result was far too dark for my purposes, based on some of the bridges I saw on my trips to Thailand and in the first colour photographs from the 1950s (WWII photographs are in black and white). Then I remembered that this was rain forest. So I tried a new, two-fisted, approach, black weathering spray, followed immediately by a heavy spray of wet water. The result was a soaked newspaper and a very light grey with occasional patches of black. The two sprays also took away most of the chalks, so after all was dry, I added more green, brown and black chalks.

Support tree trunks
The leaf stems were soaked in dilute matte medium as a preservative. There were two levels of support logs, smaller ones attached to the lower tier and the second tree trunk logs to the upper tier. The stem/logs look good in the photograph but are quite delicate. Once all the bridges are ready and the track laid and glued, the stem/logs will be cut to a proper length and anchored.

The spider webs.
A glue called Liquisilk was distributed as free samples at the Toronto
Christmas Train Show so I tried it out when adding the tie supports where I wanted to test the company’s claim that the glue could be strong in small amounts. It wasn’t until I took macro
photographs of the bridge that I noticed that there was excess glue, that it did look like spider webs, especially when fragments of chalk adhered to the dried glue. Liguisilk


Finishing
At this point, before final installation on the layout, I sprayed the bridge with Krylon matte, then cleaned the track and temporarily installed it on the layout and successfully ran tests with my trains.