Archive For The “ice” Category

Went out for the monthly shore bird count this morning in the midst of the Polar Vortex hitting the west coast.About -8 C with a cold wind off Douglas Channel which probably made it even colder than airport windchill of -15.  Even the birds, it seems, were huddling some place hidden for warmth. 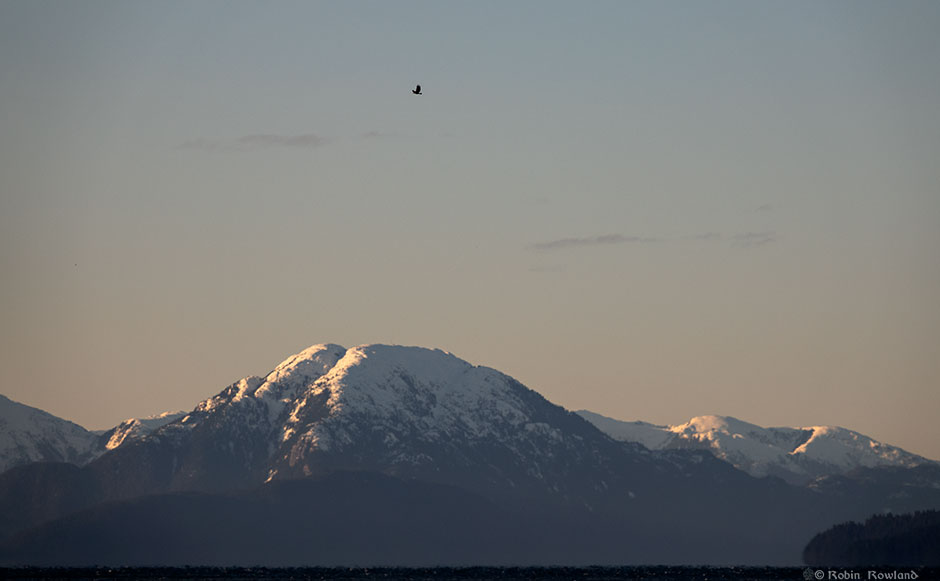 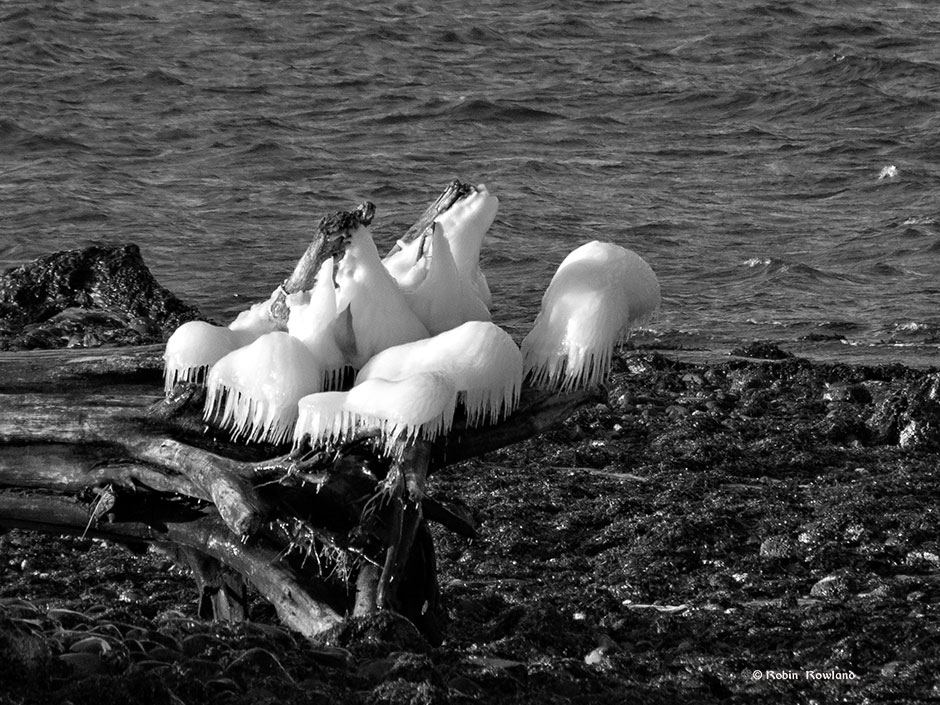 Ice on a snag (an old log) at the Kitamaat Village waterfront looks like alien invaders. (Robin Rowland) 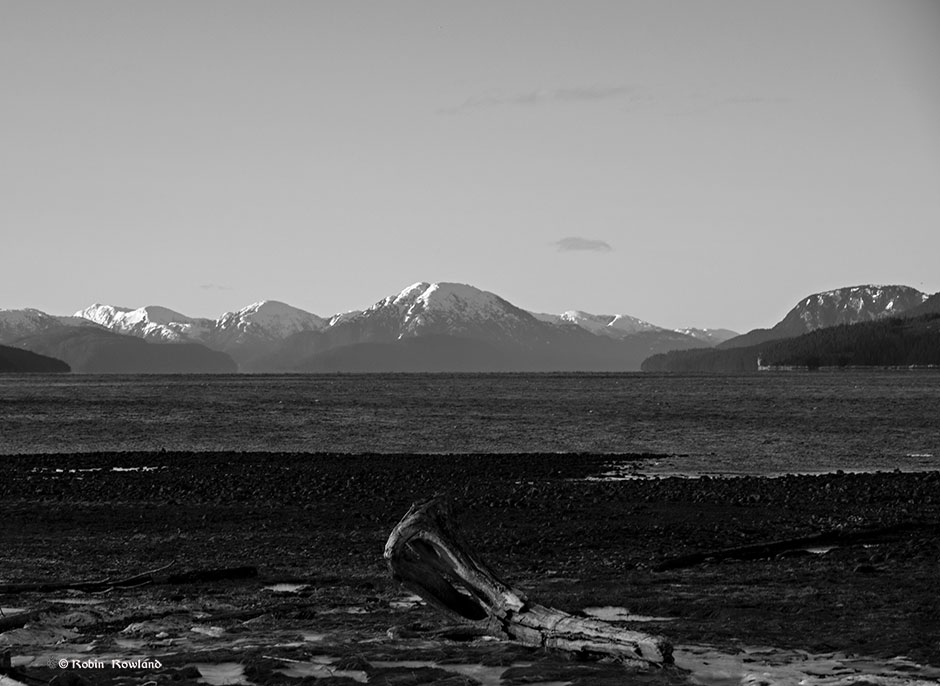 Wahtl Creek flows past Kitamaat Village, home of the Haisla Nation, into MK Bay on Douglas Channel, across from Kitimat’s Rio Tinto BC Operations aluminum smelter.

You wouldn’t know it’s the end of February, except for nip in the morning air. After fellow photographer Doug Keech posted on Facebook that on Saturday morning, low tide would coincide with sunrise, I decided to go out with my gear. One thing you have to realize is that the Photographers’ Ephemeris gives sunrise at sea level, so it takes (depending on the season) about 45 minutes to an hour for the sun to rise above the mountains. That meant when I arrived 8:30 am, the tide was already rising and a (minor) snow storm was being blown by inflow winds up Douglas Channel.  There were lots of birds doing their Saturday morning grocery shopping (probably for herring)

Crows on ice… the seaweed and seagrass are fed by the fresh water of Wahtl Creek, hence the thin layer of ice. (Robin Rowland)

The eagle has landed. (Robin Rowland)

The bald eagle perches on the old stump  (Robin Rowland) 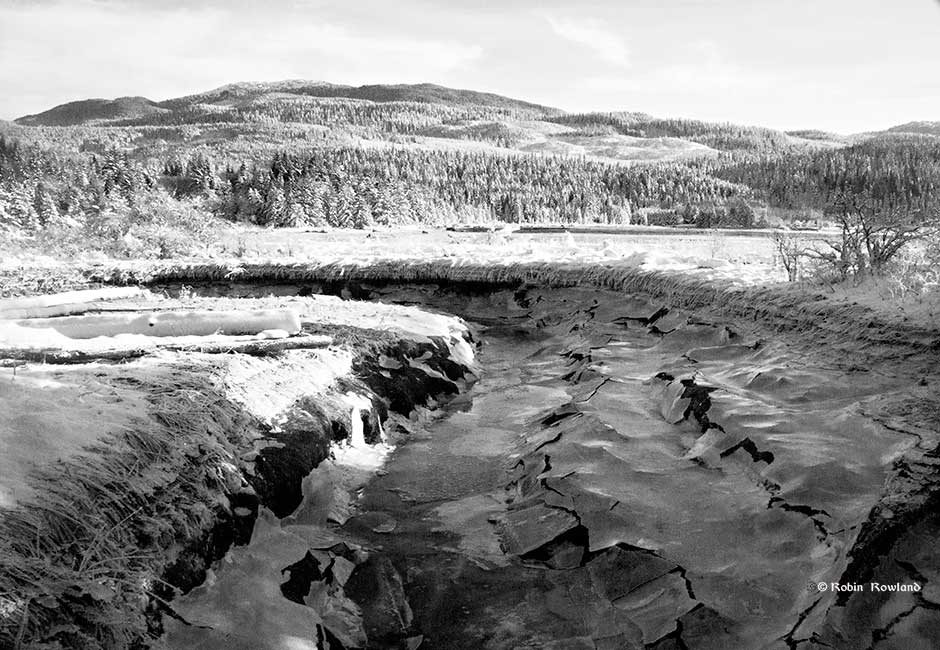 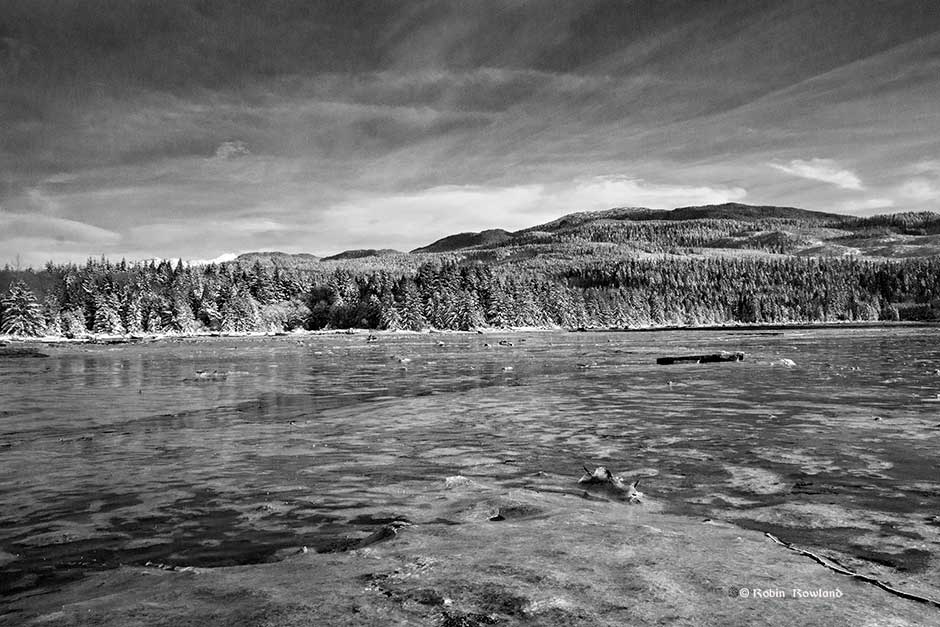 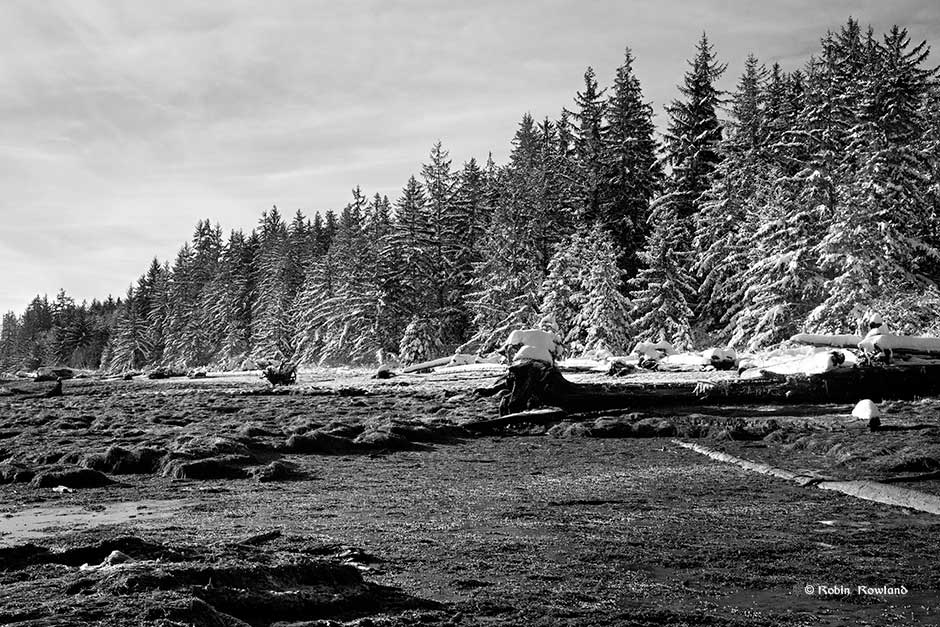 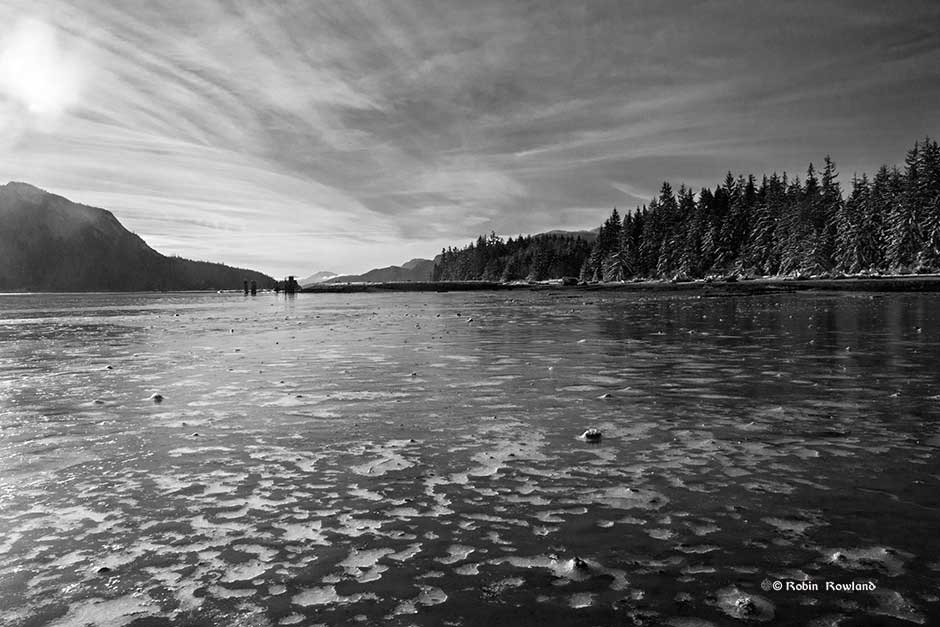 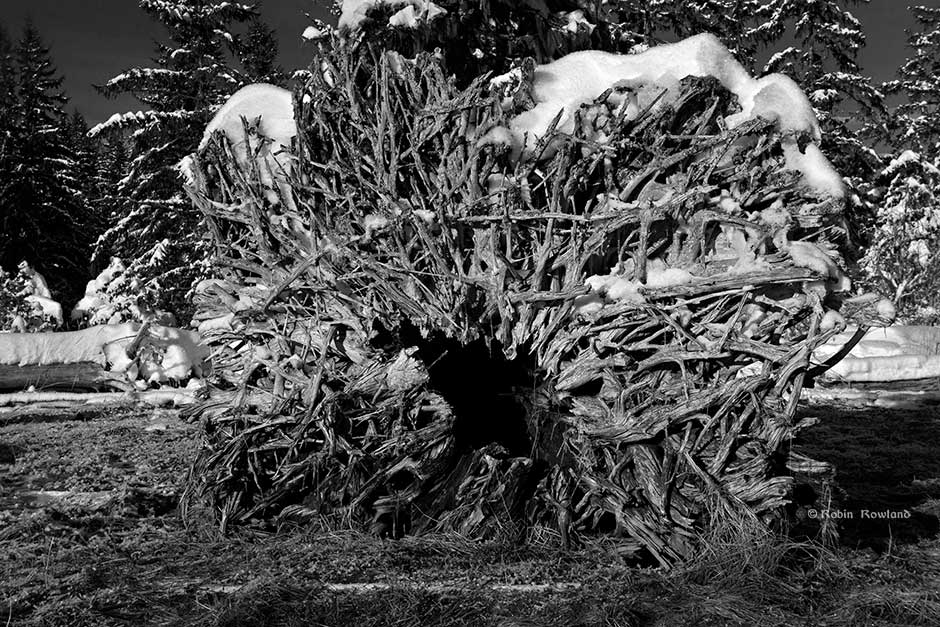 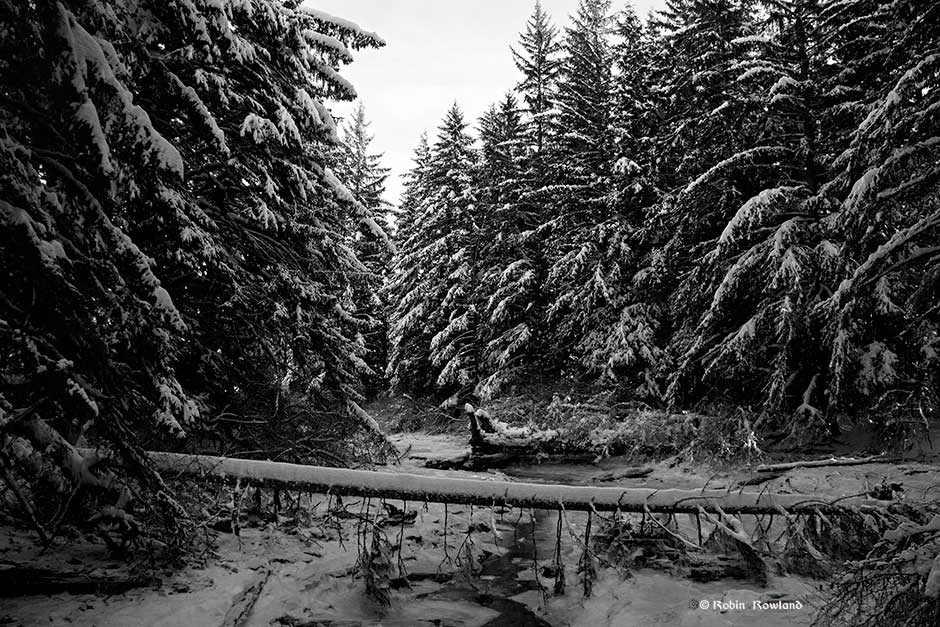 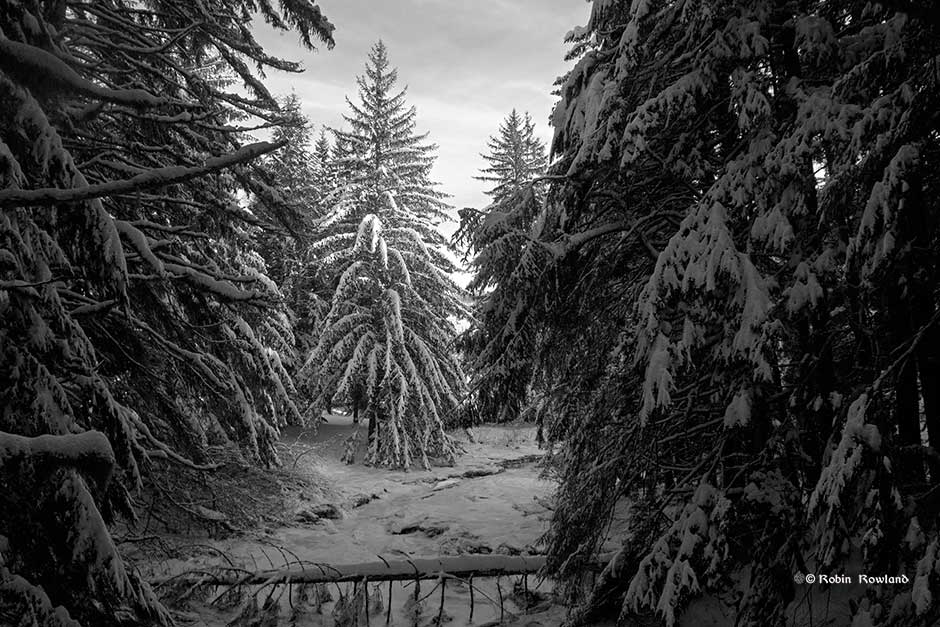 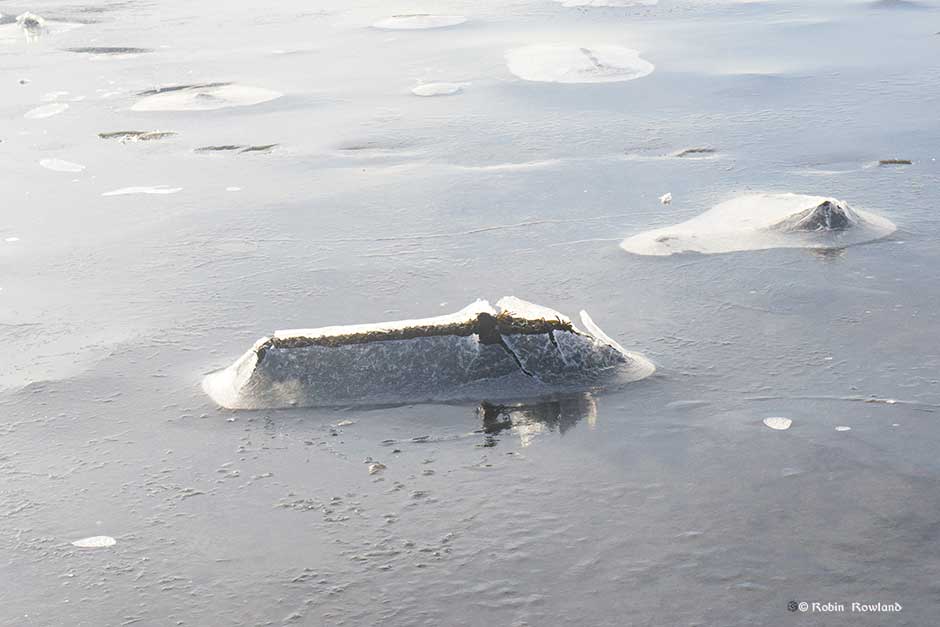 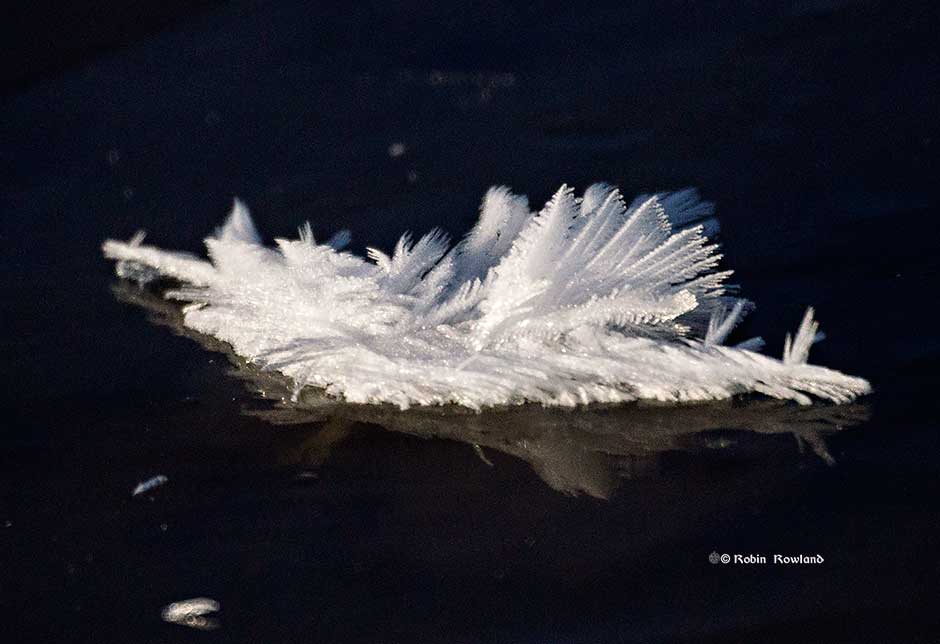 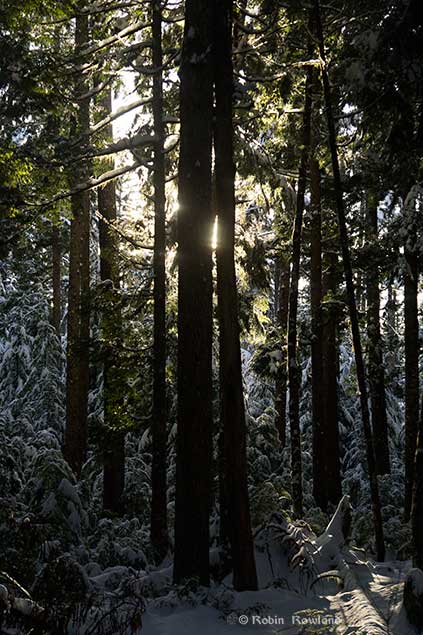 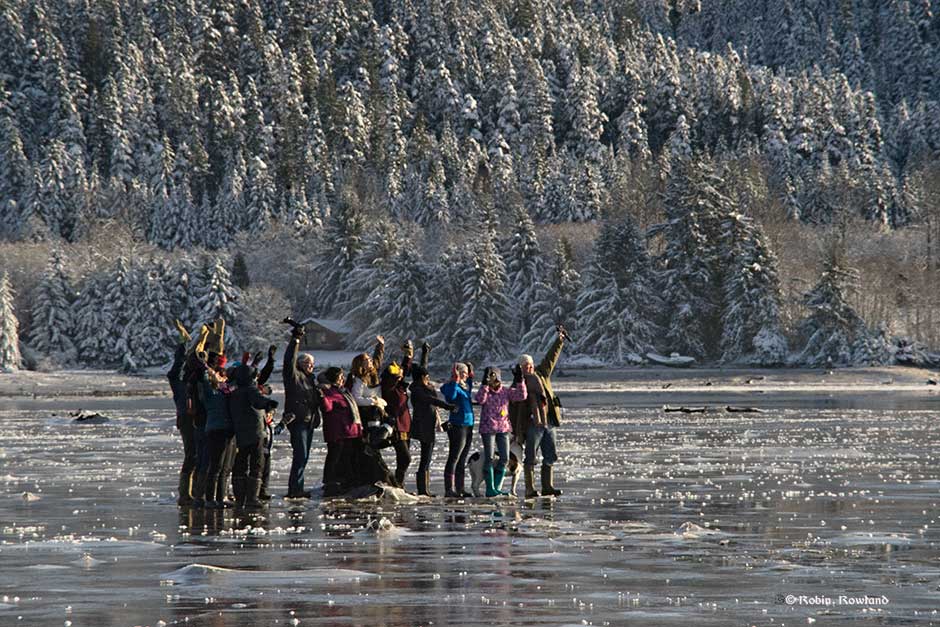