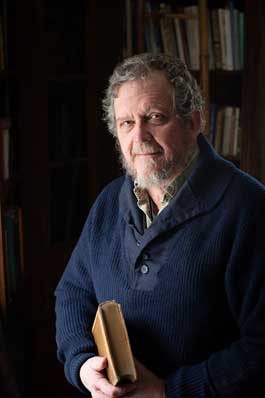 I also freelance as a photographer, writer, journalist, television producer and web/multimedia producer, serving northwestern British Columbia and the rest of the world. For more on my six books click on the books tab.

Dreaming of the Goddess

A new anthology from Dark Dragon Press, Dreaming of the Goddess, with my short story “The Mother of Stars.”

The Scream of the Forest is my new photobook that features images from my exhibit of my eight-year project, photographing a knot on a rotten stump that resembled Edvard Munch’s famous painting The Scream. The subtitle is “A Tale of Environmental Catastrophe” that marks the fact that our forests are screaming.

The photobook is available from Blurb. This link opens in a new window on my photography site.

My science fiction/fantasy short story The Dragon Hunter is now available in the anthology Citadels of Darkover released in May 2019. A young paleontologist is given an impossible task, to find fossils on the mysterious planet Darkover.

My science fiction short story, Tricky Things, co written with Deborah Ross was published in May  2019 in the anthology Crossroads of Darkover. What does an oath mean in the culture of Darkover?

My last nonfiction book. published in 2008,  is A River Kwai Story The Sonkrai Tribunal. I’m author of four previous books, including the first book on how to do research on the Interent.

Until March 2010, when I took early retirement, I worked for the Canadian Broadcasting Corporation’s news division as the Photo Editor for CBC News and a producer for the news website CBCnews.ca.

From April 1998 until April 2007, I also worked as a producer of “The National” website. Before I joined the National, I was a writer/producer with CBC.ca’s predecessor CBC Newsworld Online, the CBC’s headline news service on the Internet. From 1994 to 1996, I was a lineup editor for CBC Newsworld News hourlies on the weekends and wrote for other CBC News shows.

I worked for CTV News from 1988 to 1994. From 1982 to 1984 I worked for the CBC’s pioneering new media experiment, Project Iris, which involved sending to news out through the then primitive teletext system.

From 1995 until 2001, I taught Computer-Assisted Reporting and Investigative Techniques at the Ryerson Polytechnic University School of Journalism.

In the 1980s, I wrote three radio plays for CBC Radio Drama.  A Truthful Witness,  King of the Bootleggers and Hot Coffee.  I am currently  (like every other writer) working on a screenplay.

My current occasional blog on writing and life is Robin’s Weir on this website.  The term Robin’s Weir and the graphic are based on the tale of the bard Taliesin from the Welsh Mabinogion.  The luckless Prince Elphin finds the baby bard in a salmon weir, adopts him and both become famous.

My photography blog is updated most frequently.

I am also returning to my love of model making  and you will find those posts at Robin Rowland’s Science Fiction Models and Photography site.

I edit and publish the Northwest Coast Energy News website, covering energy, environment and science as it affects northwestern British Columbia and given Kitimat’s key new role in the world energy market, the rest of the world, as well. Due to the downturn in the media economy, there are only occasional updates to this site.

My blog on long term future of journalism on the Tao of News site is currently inactive.  There haven’t been that many posts lately because the future is so uncertain.

The Garret tree was my blog on the writing life from 2004-2009. You can read the archived blog. Highlights include coverage of the 2005 CBC lockout.