Archive For The “spring” Category 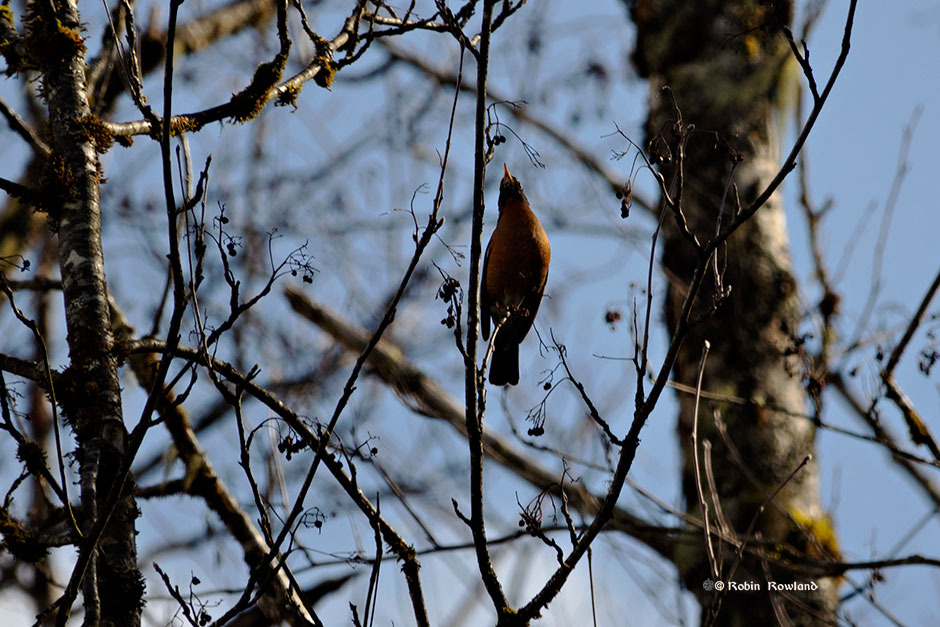 An American robin reaches for berries on a tree in Kitimat, BC, March 23, 2019. (Robin Rowland)

Today is the first day the snow has melted enough that I could go for a walk in the play bush near my home. An American robin was  on a tree branch and kept stretching its neck to try to get berries that were just beyond reach.   After numerous tries, it finally realized it was a futile effort and flew off another branch where the picking was easier.

On Thursday, April 19, was a soggy, to say the least, with wind-driven, cold, pouring rain when I went down to Kitamaat Village and Kitimat harbour to photograph the spring bird migration.  The highlight were the snow geese I saw both at MK Bay  (above) and at the Kitamaat Village soccer field. (Robin Rowland) 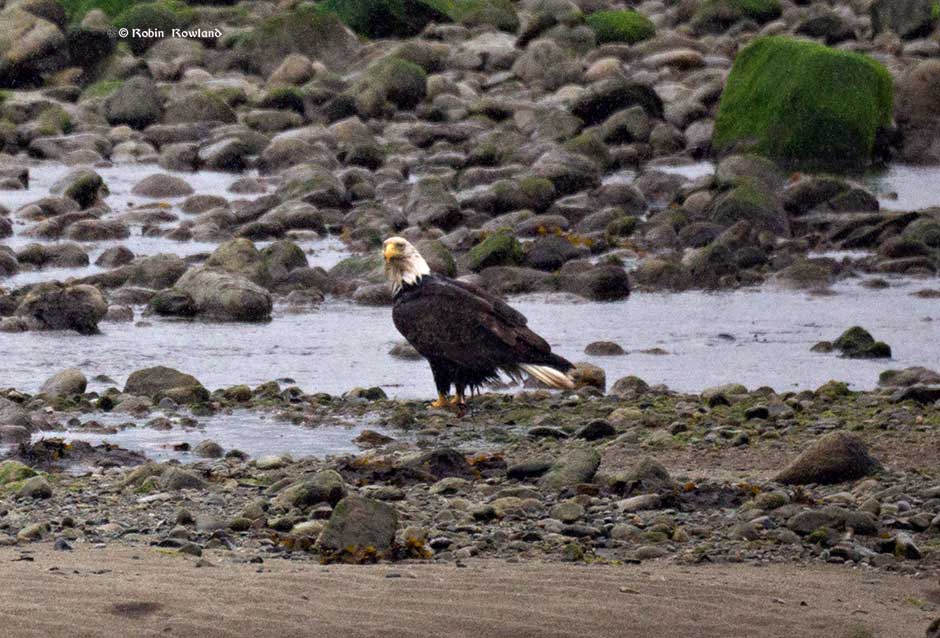 A bald eagle, drenched in the pouring rain, at the mouth of Whatl Creek near MK Bay Marina. (Robin Rowland) 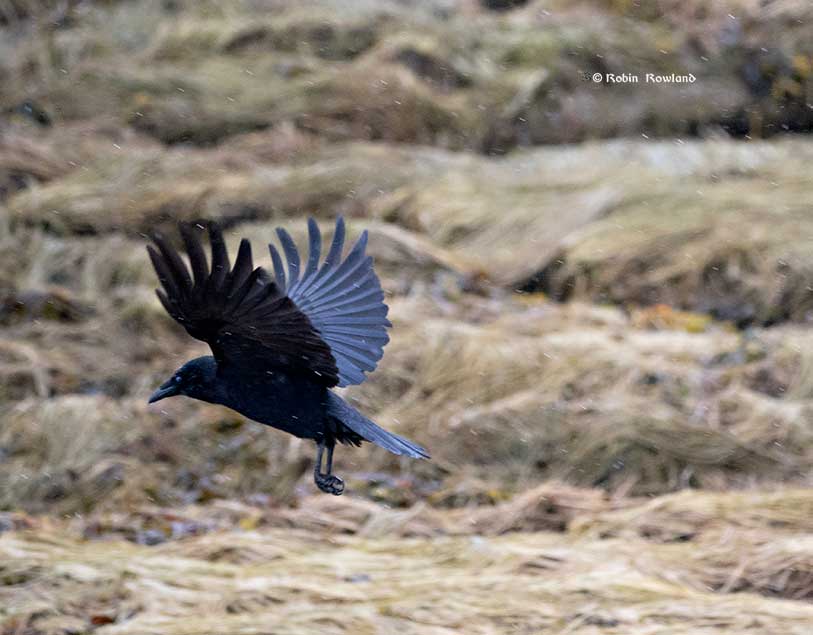 A crow takes off from the sea grass in pouring rain near Kitamaat Village. (Robin Rowland) 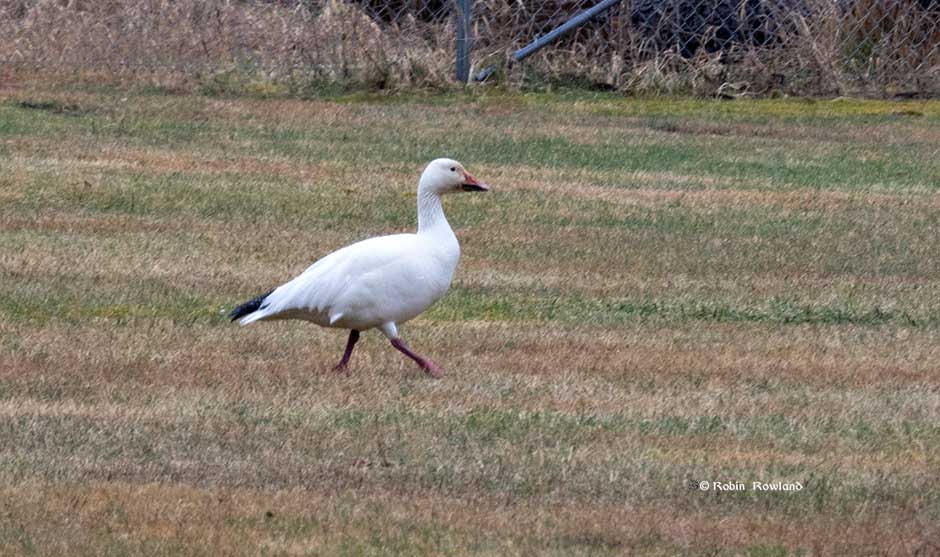 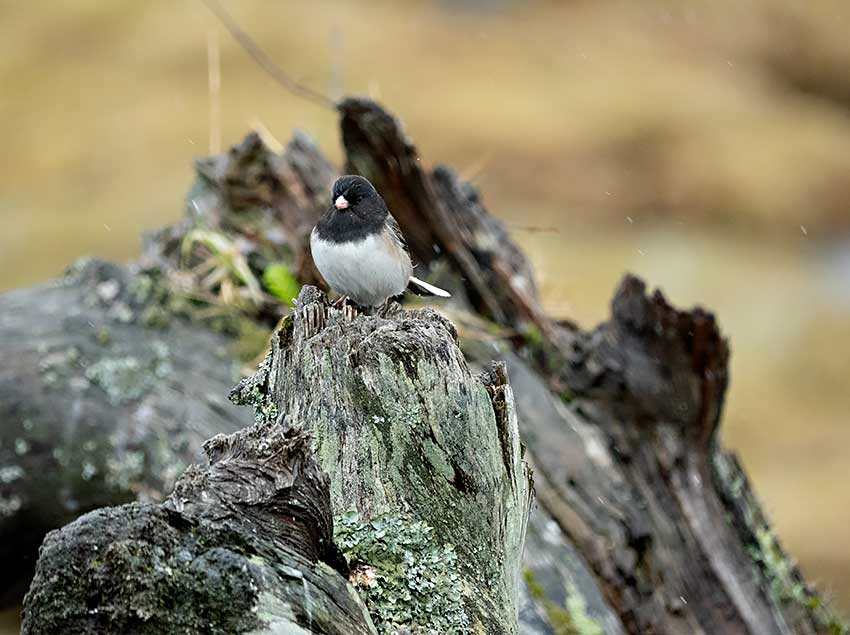 An Oregon junco on the waterfront. (Robin Rowland) 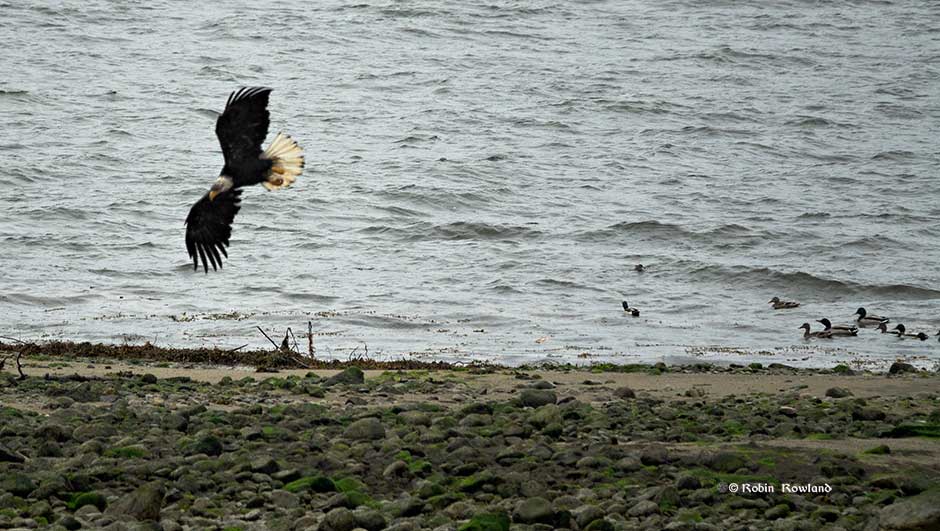 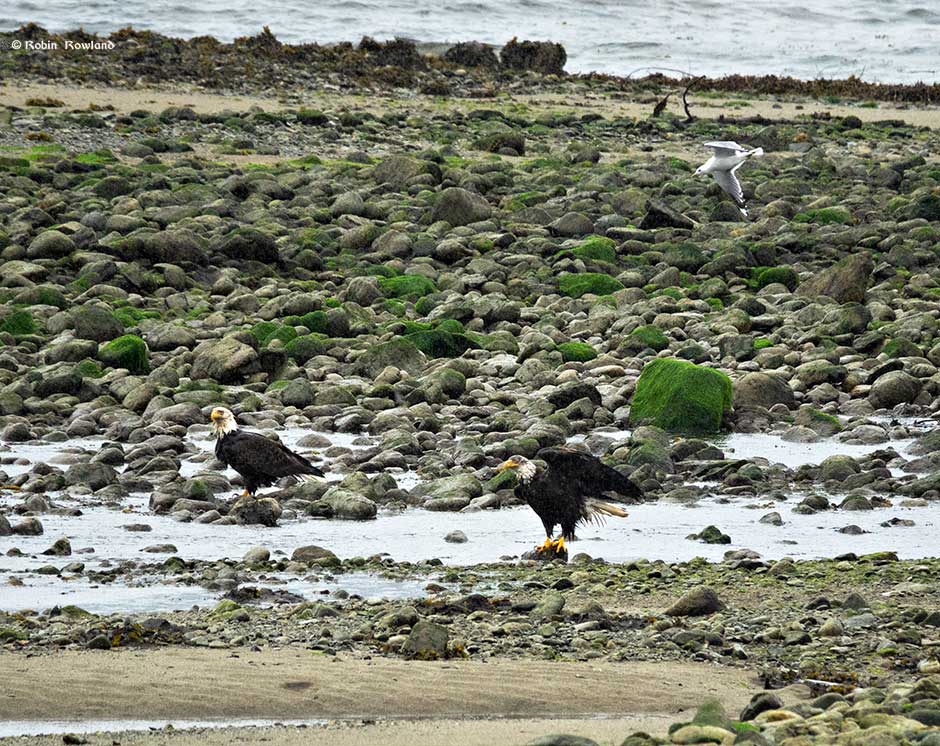 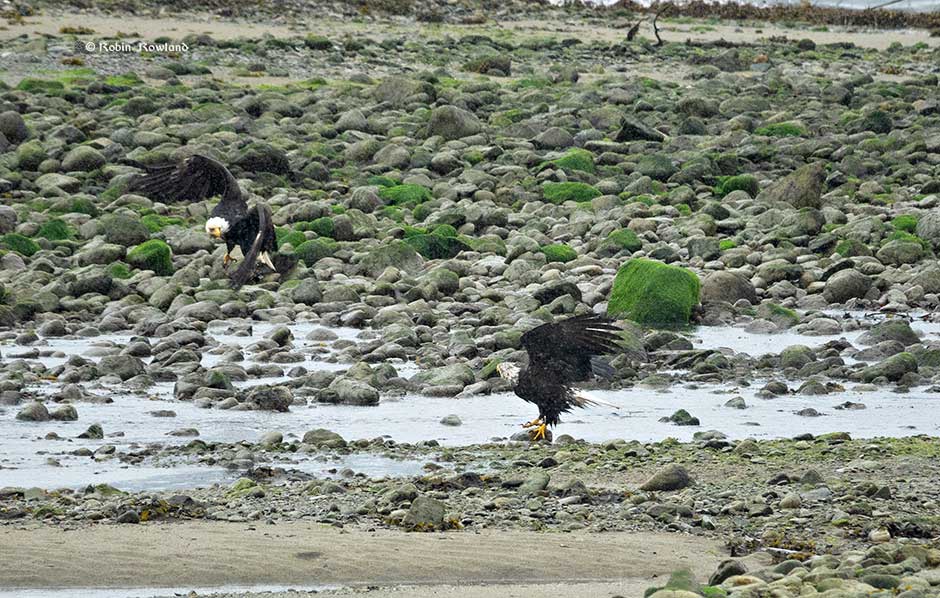 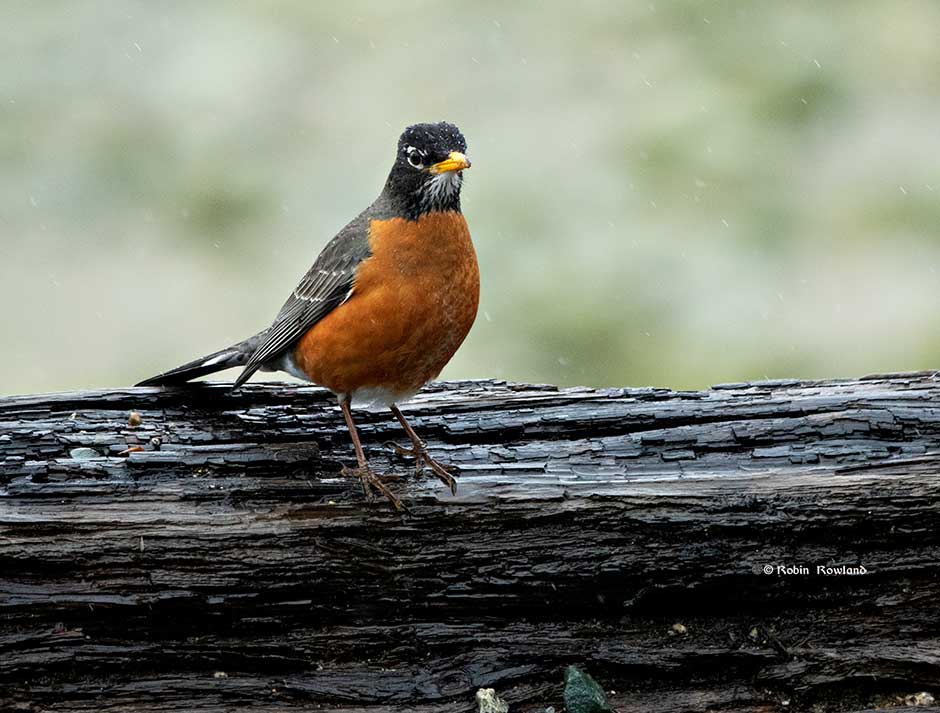 Raindrops fall on the head of an American robin who posed on a log beside my car just as I was getting ready to leave. (Robin Rowland) 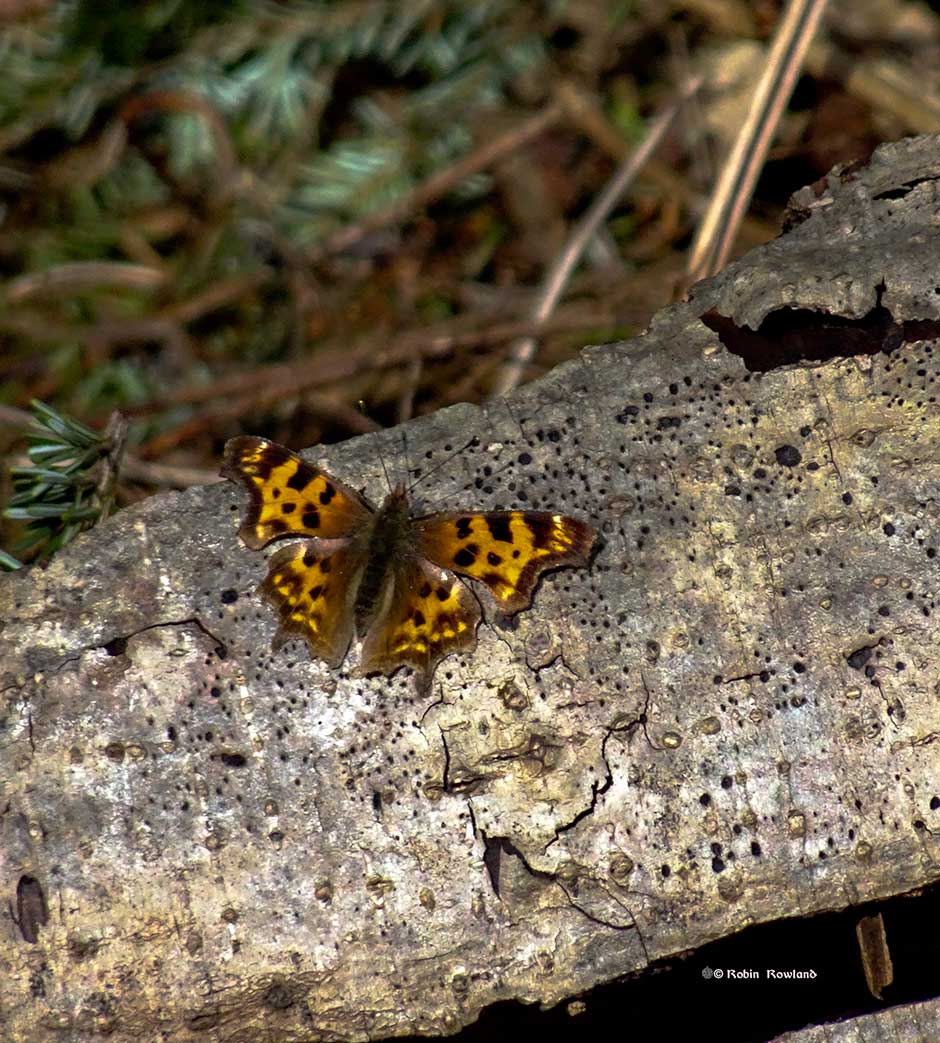 A spotted satyr comma butterfly (also known as a satyr anglewing) polygonia satyrus satyrus settled on spotted log in the bush near my house. The first satyr commas emerge in April, so they’re a sign of spring. 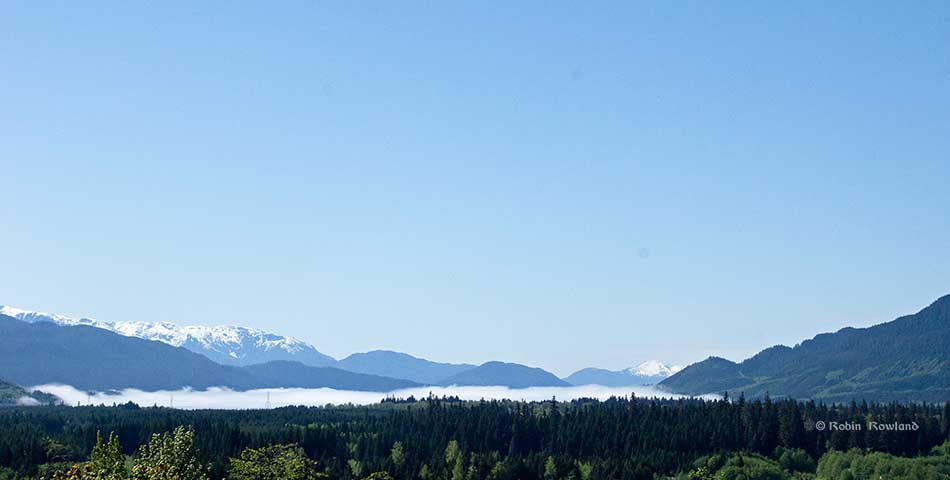 Horsetails emerging…as they have for millions of years 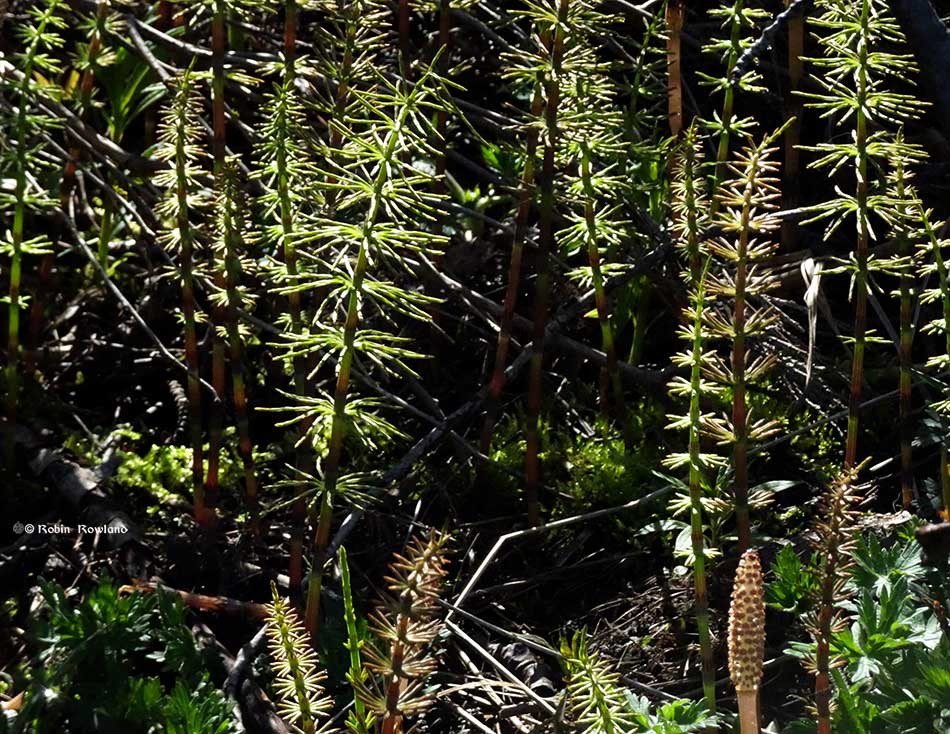