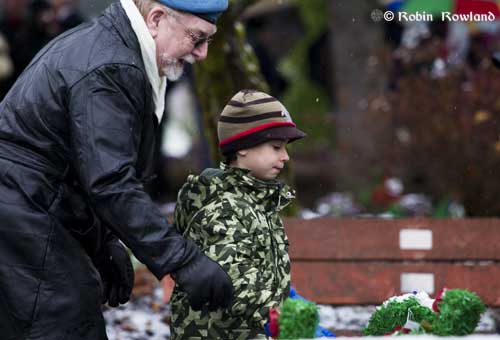 Snow
began falling in Kitimat, BC, for the first time this winter, at about 9
in the morning Pacific Time. and by the time the residents gathered 90
minutes later for the Remembrance Day ceremony at the cenotaph, it was
still snowing. A photo gallery of a small town Remembrance ceremony.  In
Kitimat, children lay the wreathes for those who cannot attend, which
is why I call this image, Passing the Torch.

Slideshow  of the Remembrance Day ceremony in Kitimat.