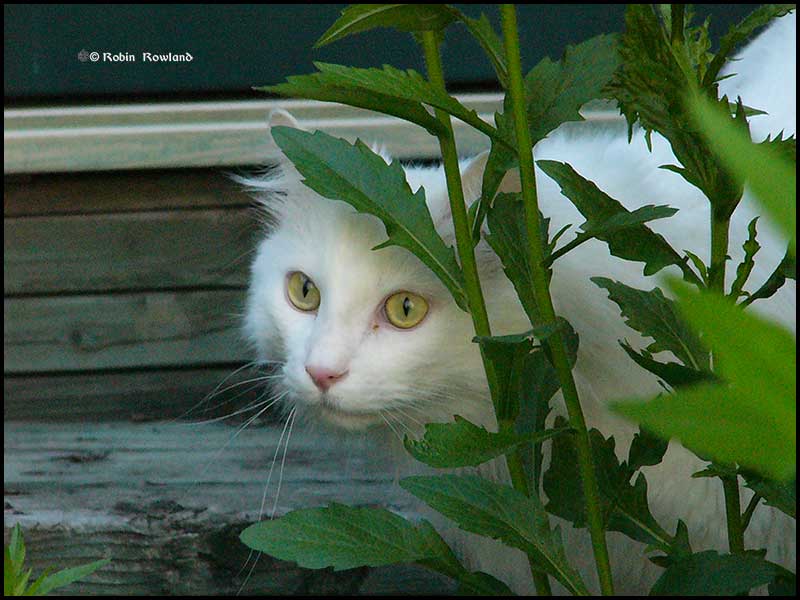 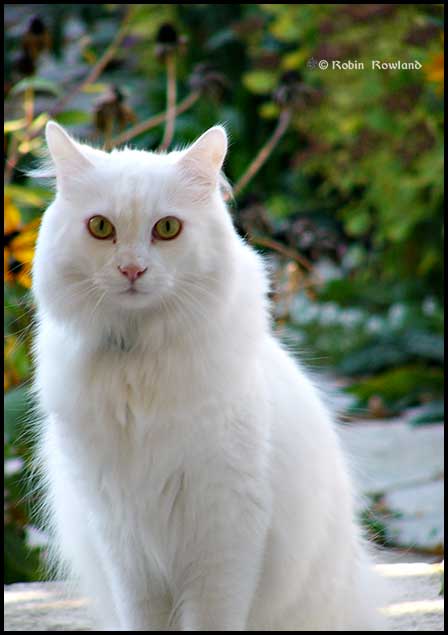 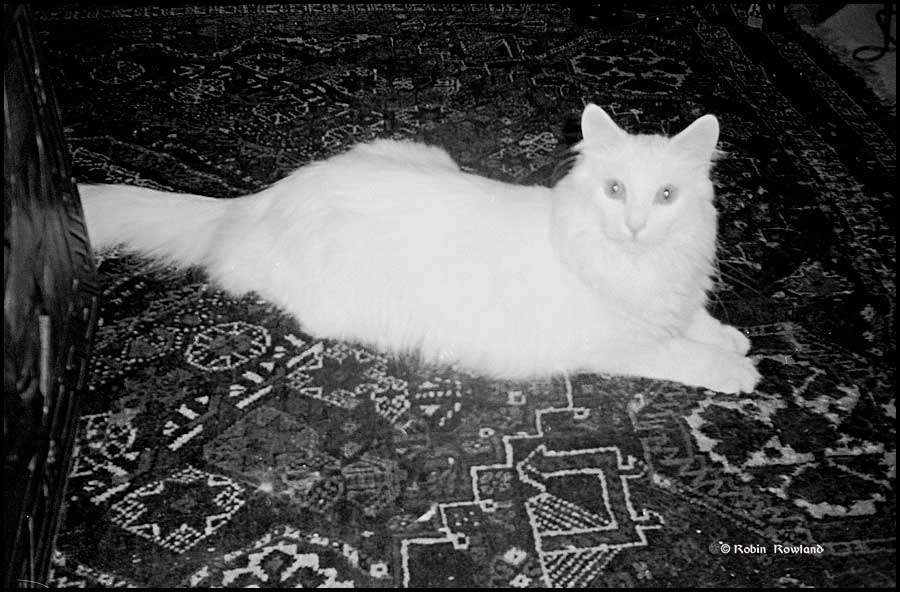 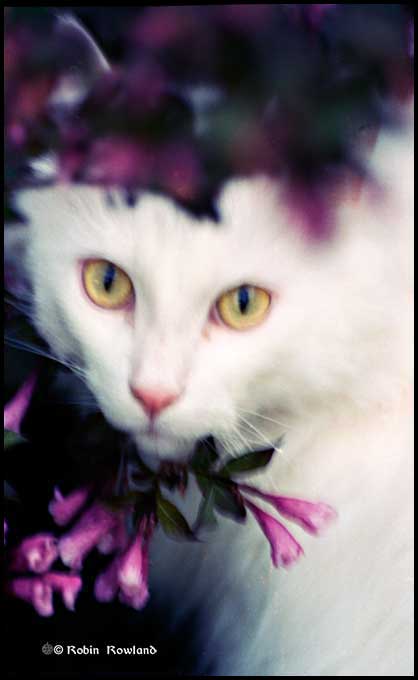 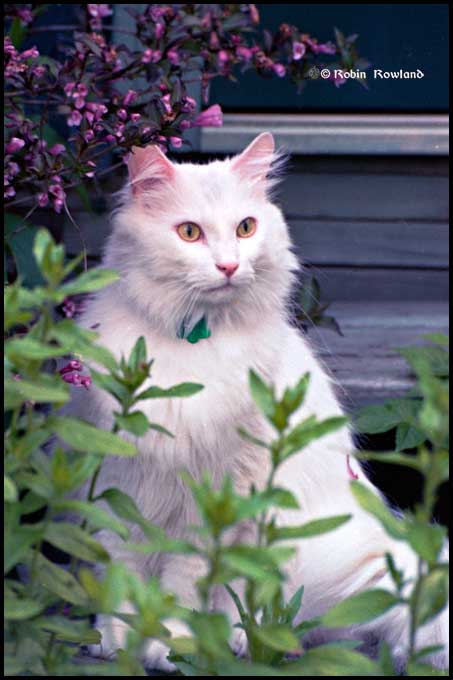 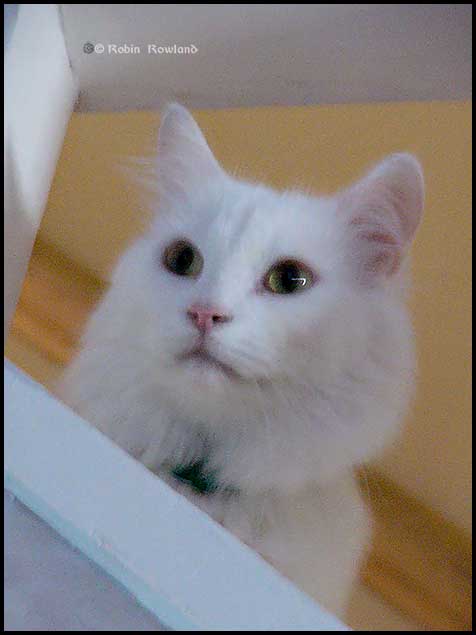 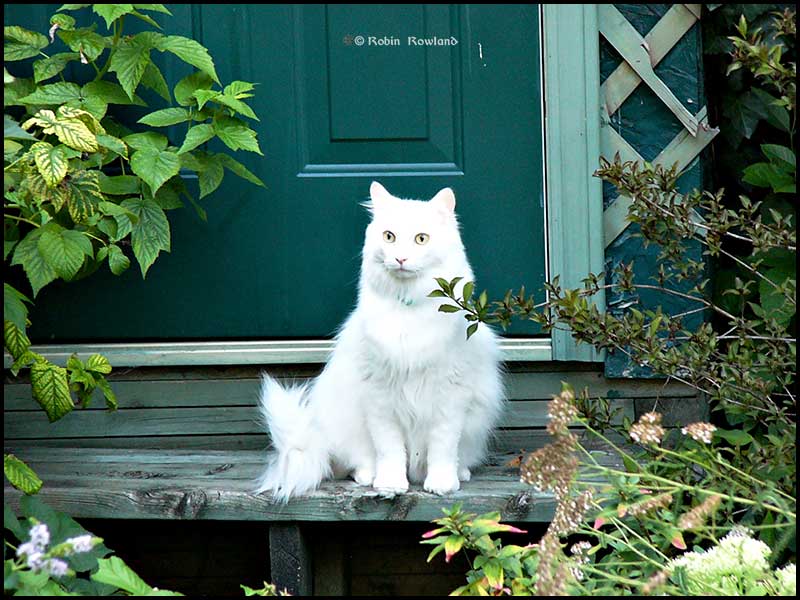 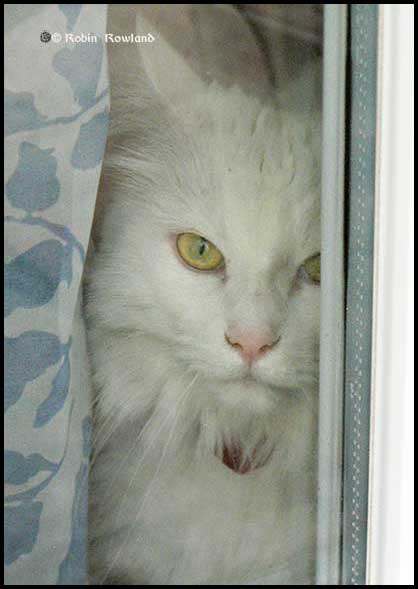 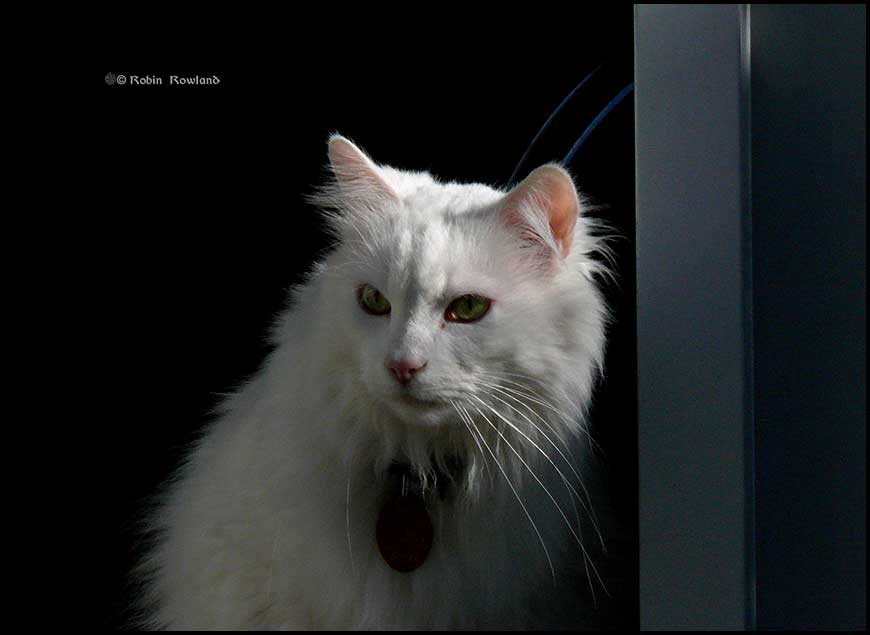 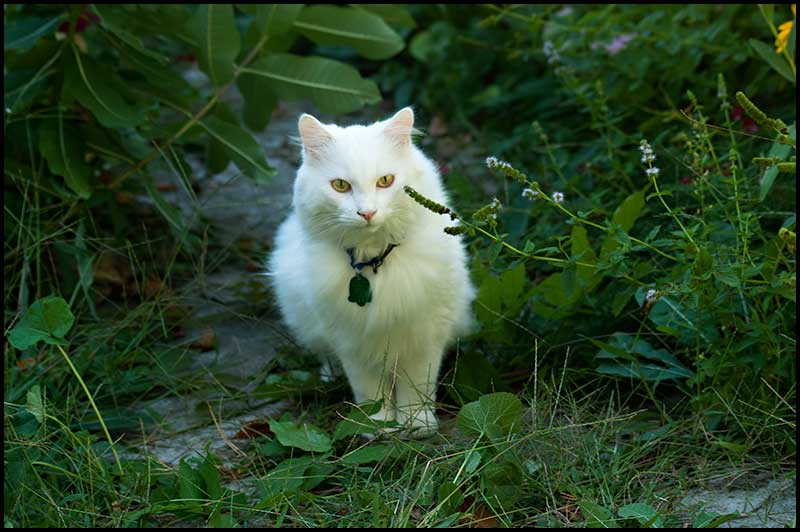 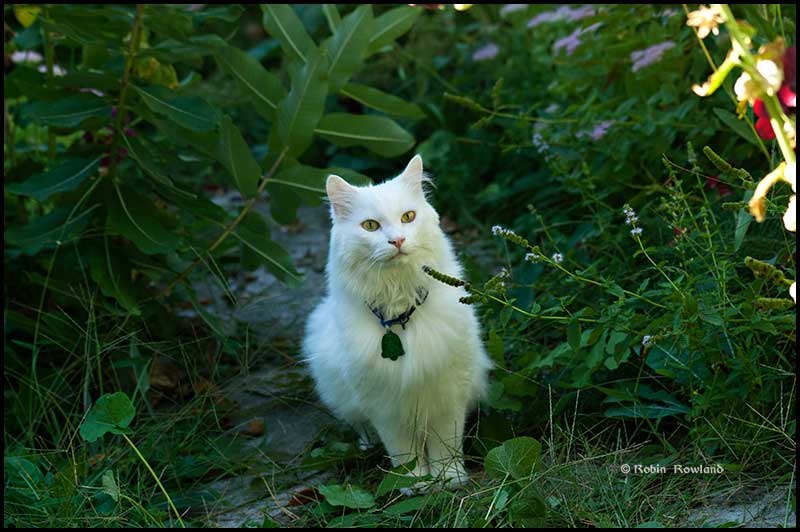 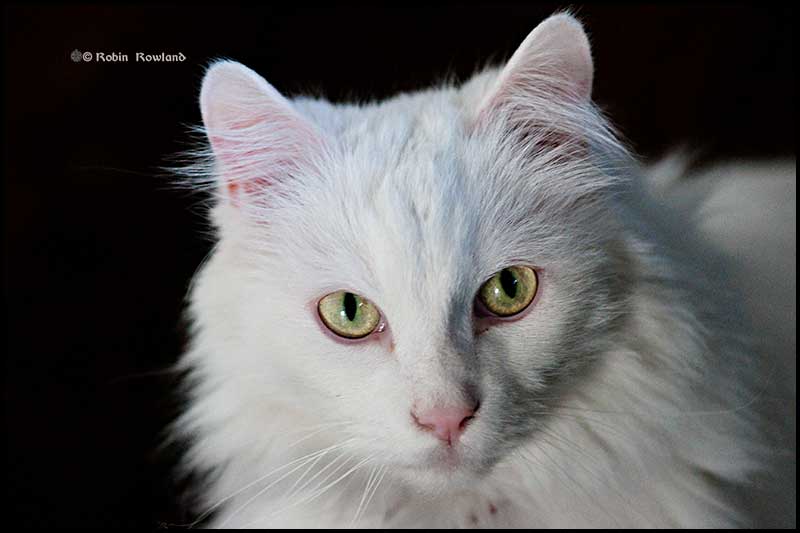 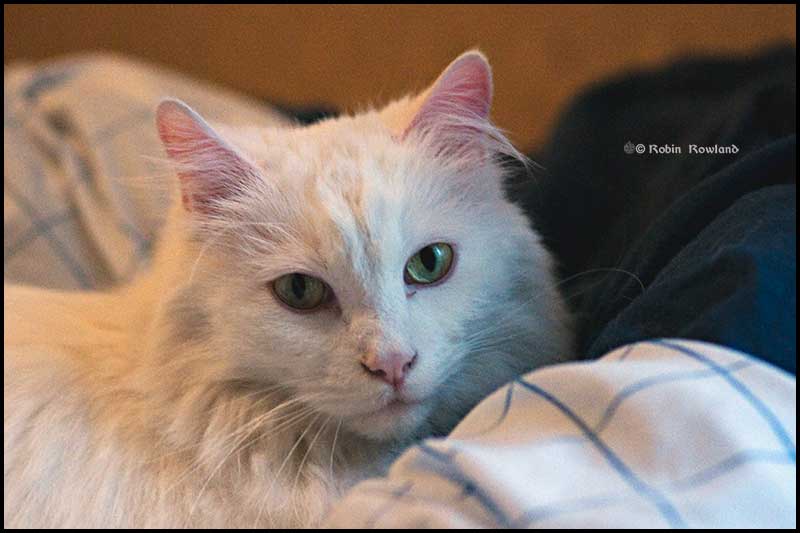 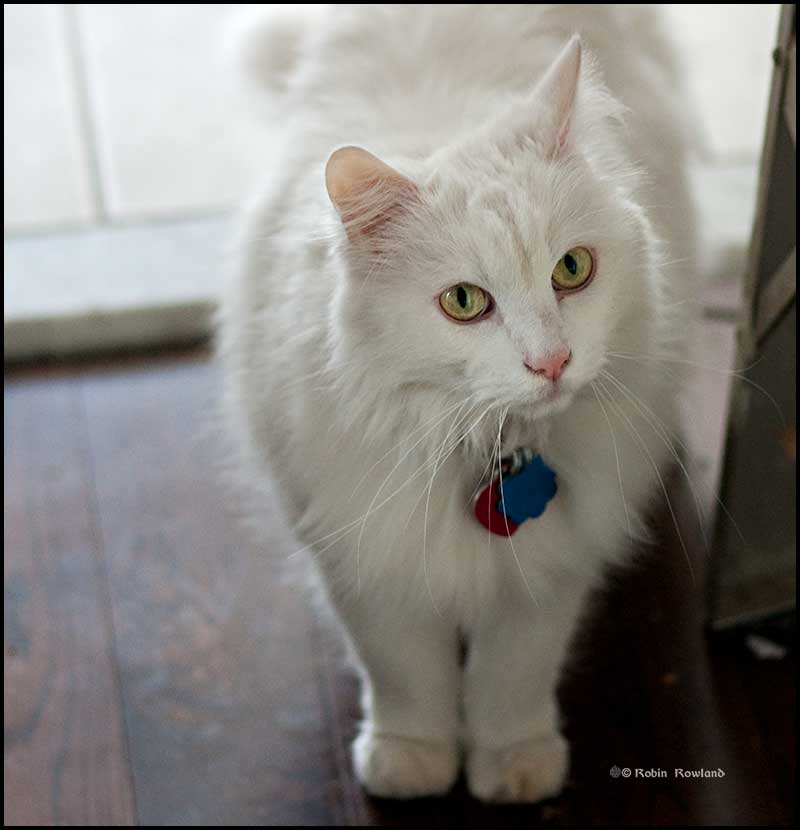 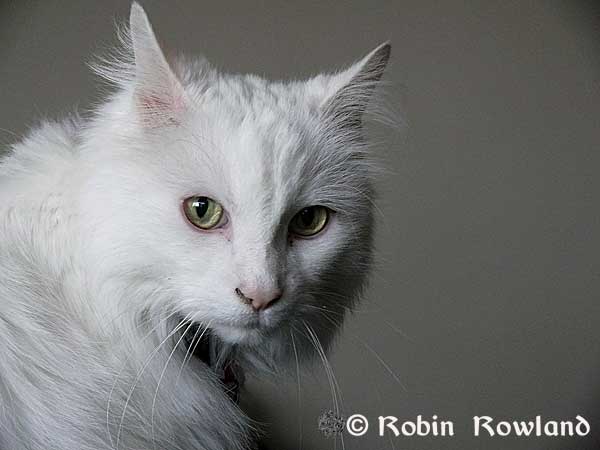 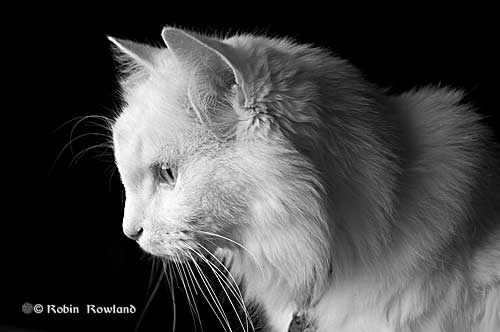 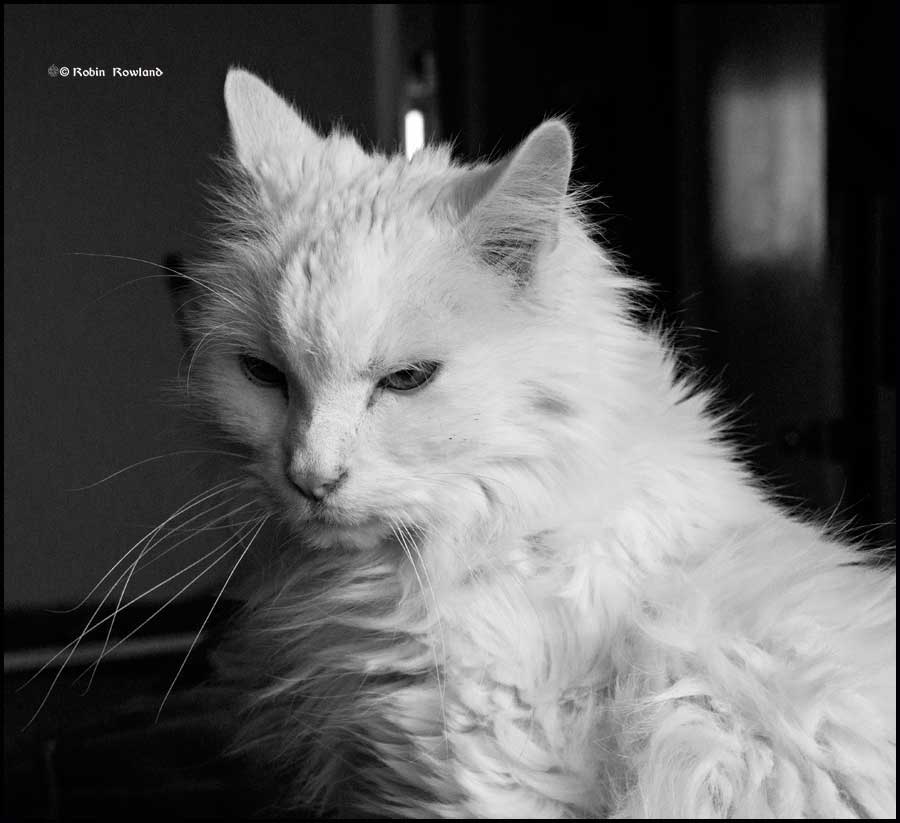 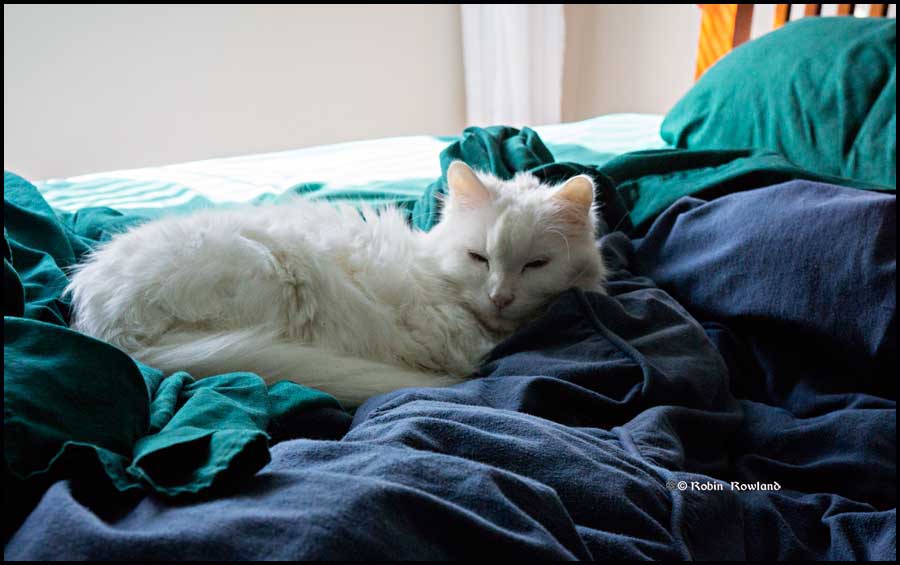 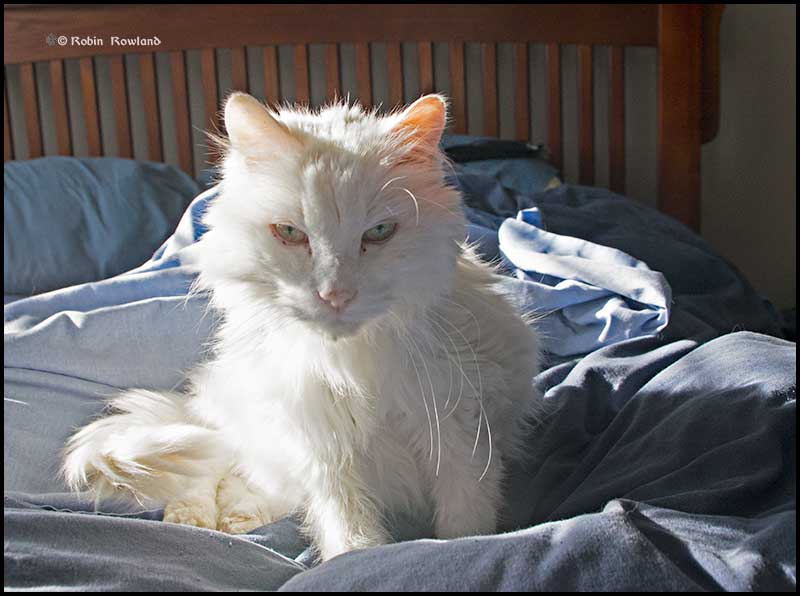 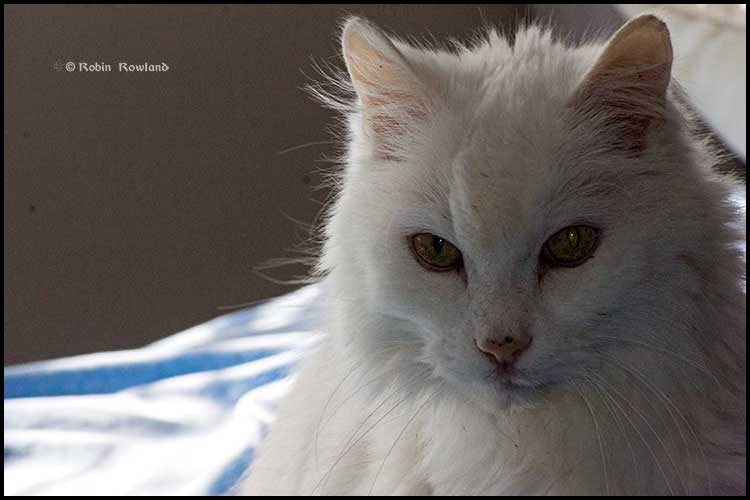 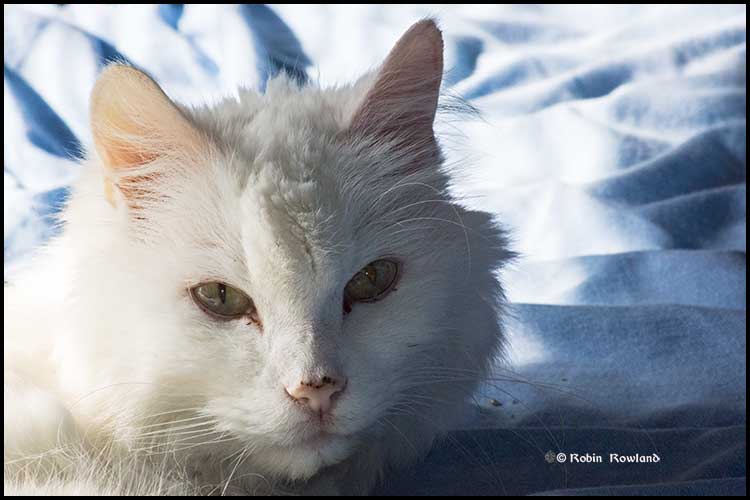 My cat Euri comes into my bedroom, settles down on the duvet, seeks out the sunbeams, as light streams through the Venetian blinds, on a near-spring afternoon, Feb. 24, 2015. (Robin Rowland) And for those too young to remember the reference is to the 1980 movie American Gigolo and its iconic movie poster.