Who was the kid who slept through the last big royal wedding?

When British Prime Minister David Cameron told the London Sun that as a 14-year-old, he, his brother, sister and pals had traveled to London and slept on The Mall so that they could see the July 1981 wedding of Charles and Diana,  I remembered  the kid. The kid who also came down specially to see the royal wedding but, apparently,   was too tired and slept through the procession, 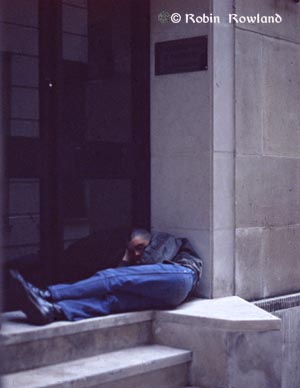 I was living in London at that time.  In fact, the crazy bed and breakfast where I was staying  in Earl’s Court was just a couple of blocks from then Lady Diana Spencer’s  posh South Kensington apartment.  By July, I had moved from the B&B to a (cheap) fifth floor flat also in South Kensington.  The day of the royal wedding was a national holiday. My Australian flatmate and I went to see the fireworks in Hyde Park but my staunchly republican roomie was resolutely refusing to come downtown to watch the wedding.

I wanted to watch from one specific spot. Temple Bar, where The Strand meets Fleet Street  (where I was working).  That’s because I had once written a series of articles about Canadian journalist Kit Coleman and she had stood at Temple Bar when she covered Queen Victoria’s Jubilee procession in 1898 for the old Toronto Mail and Empire (a predecessor of The Globe and Mail).

So I left the flat at 1 a.m. and walked toward Central London.  I passed Buckingham Palace and walked down the Mall passing  all those people who were camping out (including somewhere in the dark, a future prime minister).  The crowds were already gathering and so it took a couple of hours (longer than normally walking downtown ) to get to my chosen spot. There were already some people camping out at Temple Bar,.

As the sun came up, the crowds grew.  Among them was the kid, a punky lad of about 14 (even though he looks older in the photograph), very lively and  enjoying himself,

There were also several people with transistor radios and one man had a 1981 version of a portable TV set with perhaps a two inch screen and a long radio style antenna.

A couple of hours later, and still hours before the wedding procession began, the crowd control personnel arrived, with  the Royal Air  Force as the cordon  facing the street and members of the Metropolitan Police watching the crowd.

So before the security personnel took up their duties, this young Bobby took a picture of the crowd as I was taking his picture. 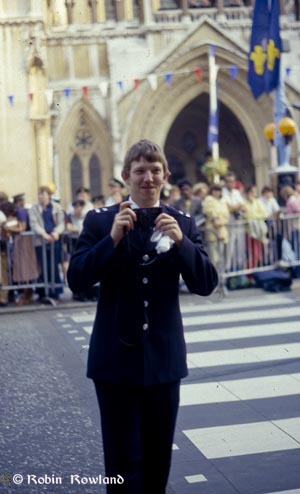 Then, moments later, he was very formal, as he took up his duties,. 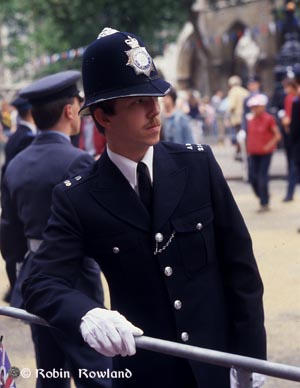 Now, it’s been 30 years. and if that young Bobby is still with the Metropolitan Police, he’s probably now one of  those Detective Chief Inspectors, a Commander or an assistant commissioner (unless, of course,he was a “constable for life”). But it would certainly be neat to get a copy of that picture of me taking his picture.

High above the Royal Courts of Justice I shot the Goodyear Blimp, sending images back to the television networks. 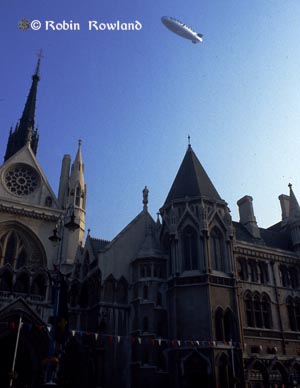 Now if you’re planning to attend the  royal wedding in late April between Prince William and Kate Middleton, and you’re not part of the privileged media pool, and with security much tighter than in 1981, this is most likely the type of shot you will get. 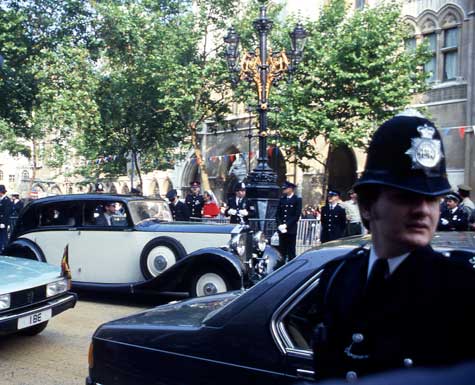 This was taken prior to the wedding and was one of the most interesting parts for me, the parade of the guests going to St. Paul’s Cathedral prior to the royal procession.  I am pretty sure you didn’t see that on television but it certainly was a great warm up act.  All kinds of characters, from a Labour MP in a beat up Morris Mini to people like the ones in this temporary traffic jam in their Rolls Royce. 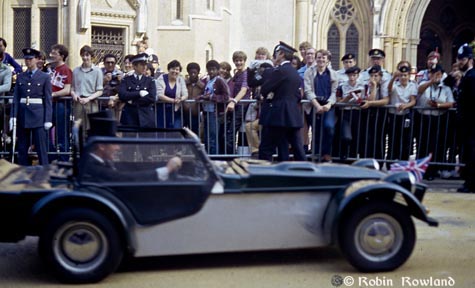 Now that shot isn’t the best.  I didn’t have enough elbow practice at that time (I never played hockey) and the camera wasn’t working that well (my crazy landlady had thrown the case across our room one day when she was cleaning).  I can’t remember which type of Ektachrome I was using but it certainly wasn’t a film with a high speed. Today with digital cameras and their higher speeds, and a little elbow practice, you can get some good images from the front of the crowd.

Also the procession goes by very fast, so my only shot of Diana was a blur (and is included here for the record only). So shoot at a high ISO. 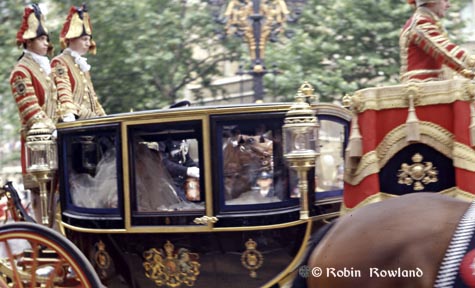 On the other hand, this little girl looked like she was really enjoying seeing a princess. 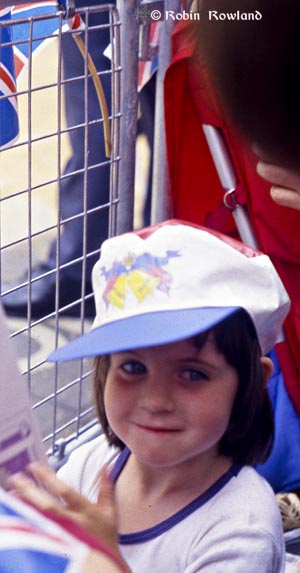 I wonder how much of it she remembers.

So we stood on the street, listening to the wedding ceremony itself on those transistor radios.The procession back to Buckingham Palace was a lot faster, it seemed, than the procession to St. Paul’s and as soon as it passed most of the crowd turned west to follow the procession to the palace.

As I turned away, that’s when I noticed the kid fast asleep in an office doorway. He must have been in very deep sleep to have not woken with all the cheering crowds.  I wonder how much he missed?  I hope he fell asleep after seeing the procession to St. Paul’s, but who knows?

As for me, by the time I got near Admiralty Arch and the entrance to The Mall, the crowd was huge and I was really tired, so I decided to go home.  I went down a side street, avoiding the crowd and got back to my flat, climbed those five flights of stairs and went to sleep.

So my advice for those going to the current royal wedding and who plan to be among the crowds along the route to Westminster Abbey, shoot the people  you are with.  it will be a lot more interesting and  give you some personal memories. Then you can also buy all the souvenir editions of the newspapers and magazines to get the pictures the accredited pros shot.