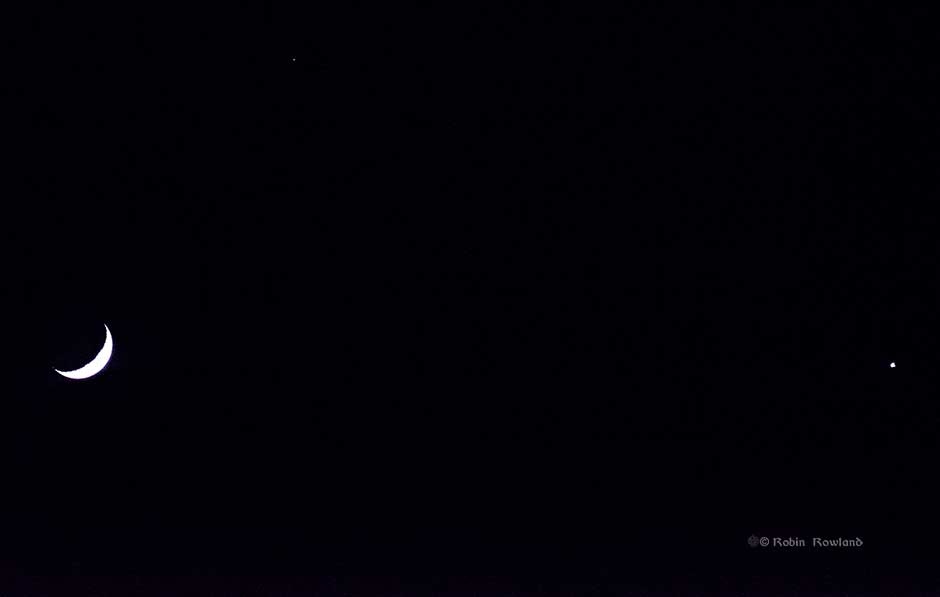 The moon (waxing crescent 12.1%) with Mars (near top of the photo, one third of the way to Venus) and Venus in a triangle. (Robin Rowland)