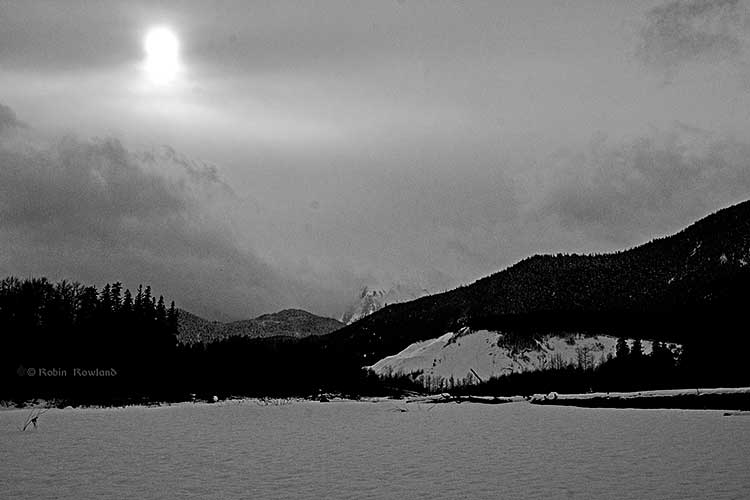 The sun sets over the Kitimat River and the snow covered Sand Hill, in Kitimat, BC, February 20, 2014. Converted to black and white using Perfect Effects 8 to emulate Ilford FP4125, with some highlights and shadow enhancement. (Robin Rowland) 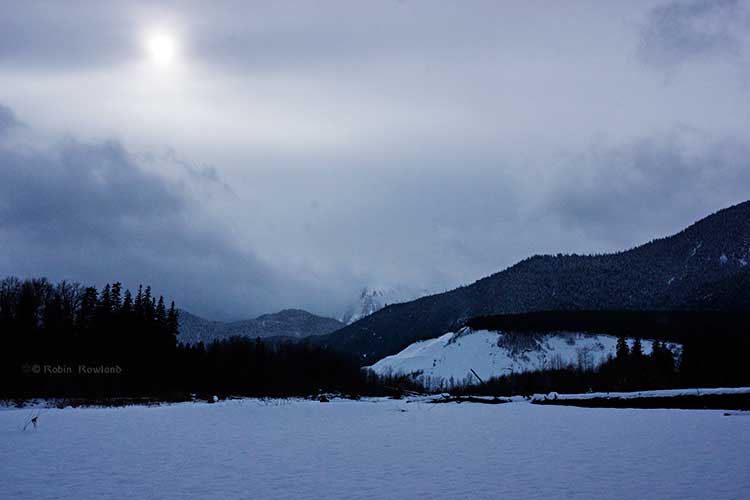 Original image. The sun sets over the Kitimat River and the snow covered Sand Hill, in Kitimat, BC, February 20, 2014. (Robin Rowland) 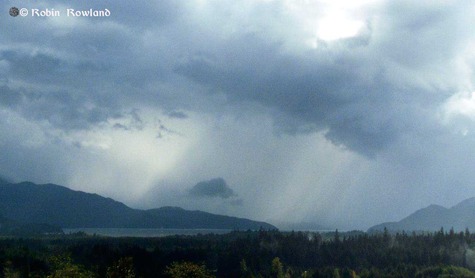