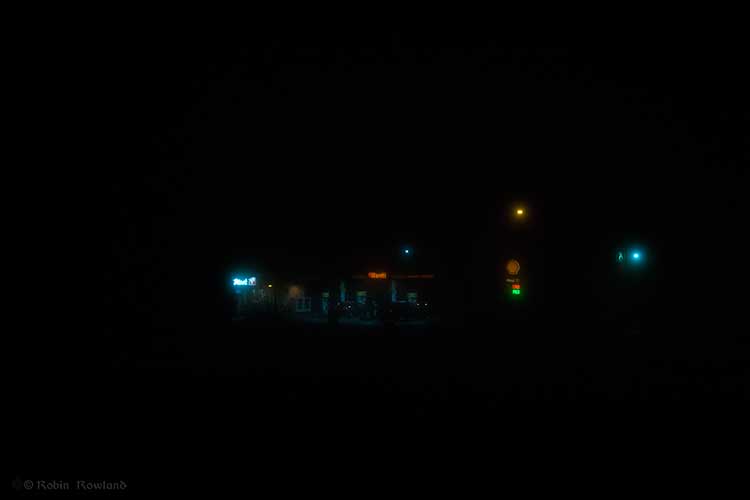 Go for a walk on a foggy night and the Christmas lights look oh so different. 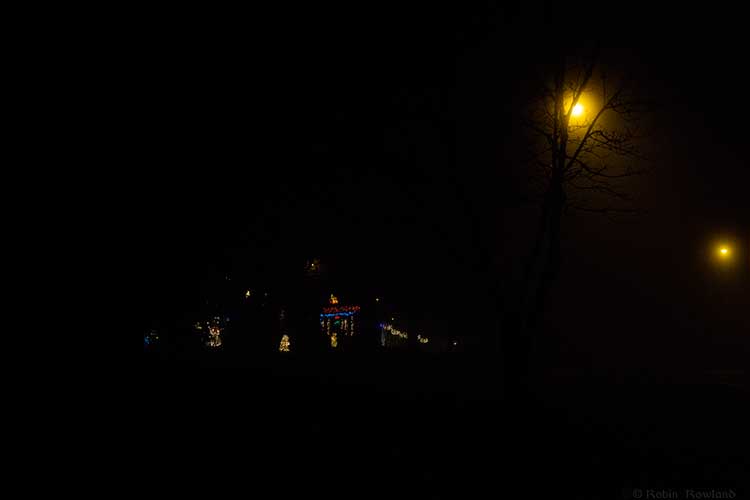 A big display of Christmas lights on Lahakas Boulevard, Kitimat, seen through the fog (Robin Rowland) 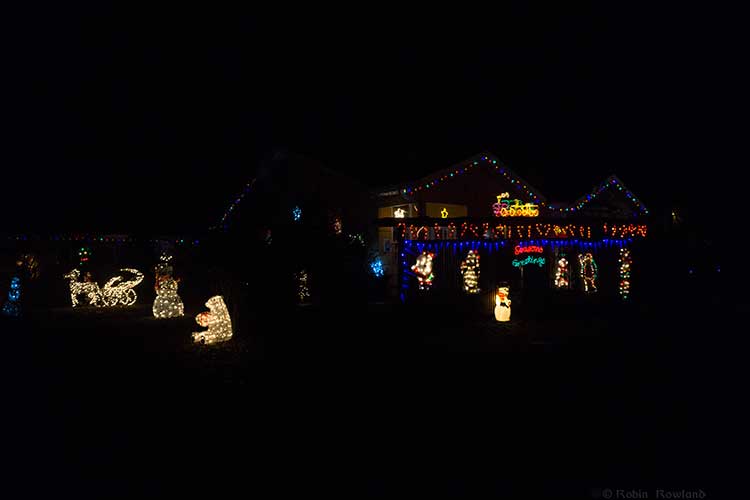 And here’s what the lights look close up. (Robin Rowland) 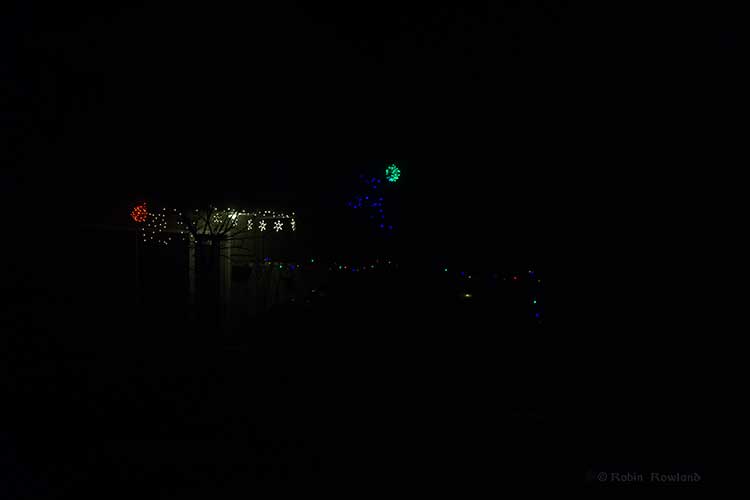 My own rather modest display of Christmas lights.

Tim Horton’s on a summer like September night in Kitimat, BC

I wasn’t assigned to cover the Olympic torch relay on the evening of Thursday Dec. 17, 2009, but ran right into it as I was heading from work to work out at the downtown YMCA.

I got to College subway station and saw the crowd waiting for the torch.
As I
was preparing to make my way through the crowd to the Y, I heard yelling. Then I saw that a group of demonstrators had rushed onto Yonge
Street south of College yelling slogans like “No Olympics on stolen native land”  and waving signs.

I didn’t have my main photo gear but  had the trusty small camera I always carry in a fanny pack, the Panasonic FZ28.

The crowd then congregated at Yonge and
College Streets.

As the demonstrators moved up Yonge Street, I called the CBC news desk to tell them what was going on.

Brett Gundlock of The National Post grabbed shot of a demonstrator as I passed by talking on my cell phone to the CBC Live Desk.

Toronto police at first tried and failed to stop the demonstration at Yonge and Grovesnor Streets when the protesters ran into the first two police cruisers escorting the torch parade.  (Robin Rowland/CBC)

Further up Yonge Street, a cordon of police officers with bicycles stopped the protest a block south of Wellesley Street.

Police officers create a bicycle cordon to stop the demonstration before the protesters could reach the torch relay. (Robin Rowland/CBC)

The torch relay reached the blockade and waited for about half an hour. Then the organizers and police decided to reroute the relay across Wellesley and then down University Avenue to its destination of Toronto City Hall.

After about 20 minutes, the protest leaders called on their followers to disperse, but it was about another half hour after that they did leave and traffic resumed on Yonge Street.