99.5 centimetres of snow in Kitimat

On Sunday morning, Feb. 13, 2011, got up to go to the washroom around 5 a.m., looked out  the bedroom window and rain was washing away the snow from the previous week’s storm.

When I woke up just after 10 and looked out again,  snow was coming down, really coming down.

@cindysjyu tweeted at 1038, as I was finishing breakfast.

So, went out and dug out the driveway.

and out I went out to again to dig.

I didn’t attend to go out again, but late in the evening at 2103 another tweet sent me out again.

Now that point I wondered if Kitimat was going break its own record for the most snow in Canada in a 24 hour period.

So out I went again. Just in case that record was broken overnight. I wanted  the driveway as clear as possible, so that if I wanted to go out and shoot, I’d be ready.

Of course, I took a camera with  me, the Sony NEX-5, which can be set to ISO 12800. As I was digging,  the district snowblower came out of the darkness. 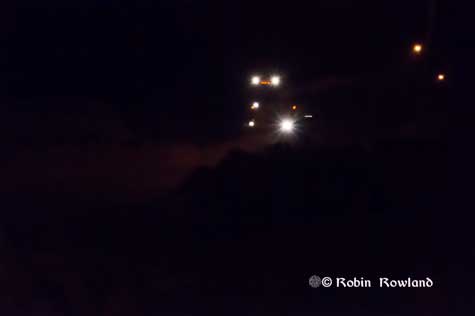 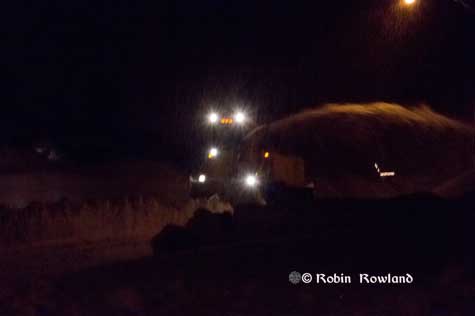 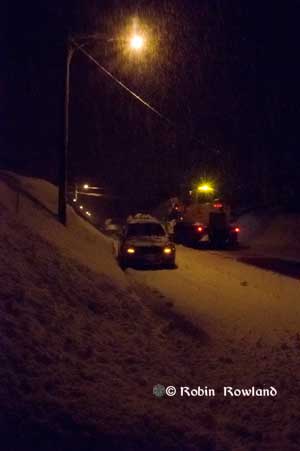 So the driveway clear as it could be, I  went back in the house, preparing to save these photographs, just as the power failed and the house went dark.  The  lights came back on after 45 minutes and so it was off to bed.

So Valentine’s Day dawned and once again, checked Twitter.

Kitimat Mayor Joanne Monaghan, who monitors snowfall amounts for Environment Canada, told local radio station CJFW: “We had, from 6 o’clock or 6:30 yesterday morning until 7 o’clock
this morning, we had 99.5cms of snow,” said Monaghan, adding “It’s going
to start being a problem with what do we do with the snow?”

So no national story about a new snow record. Big local story and a single clip on CBC Vancouver News.

Nor was it pretty, overnight the storm changed to wet snow,  not worth shooting.

Tomorrow is another day.