Archive For The “race” Category

A few of the protest signs from the Kitimat, BC, “peopleofcolourlivesmatter” rally on Saturday June 6, 2020. 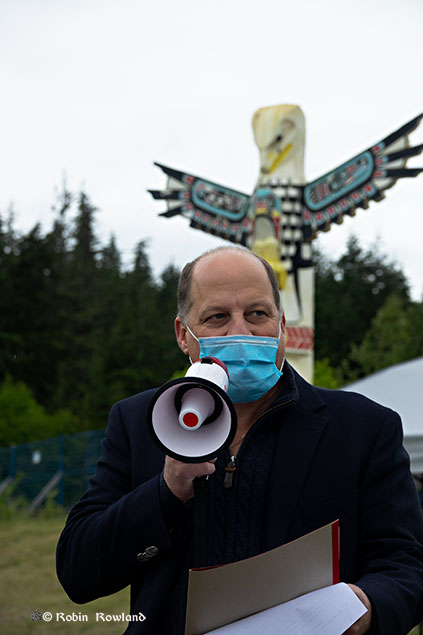 Kitimat Mayor Phil Germouth addresses the crowd at the foot of the reconciliation and friendship totem pole. (Robin Rowland) 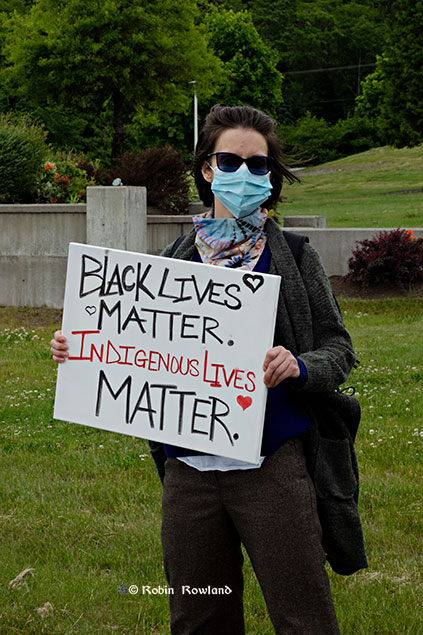 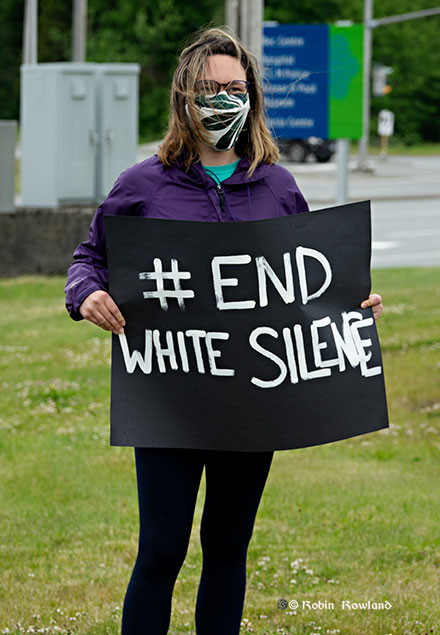 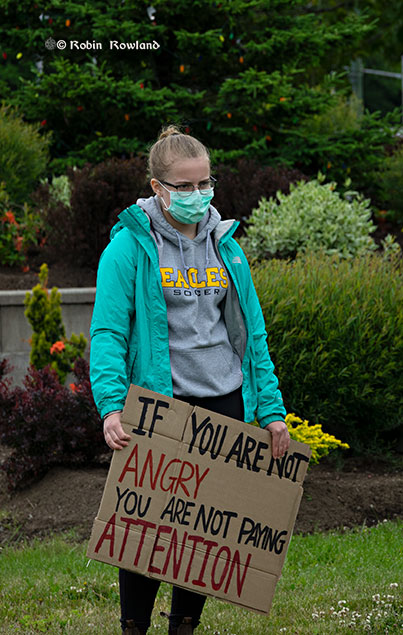 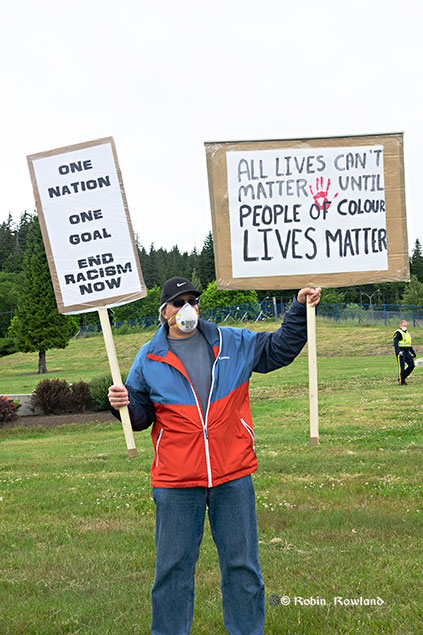 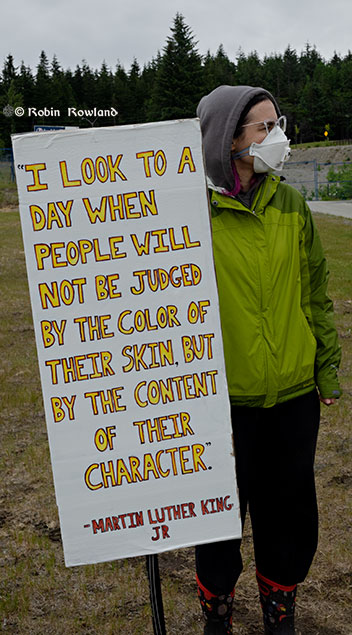 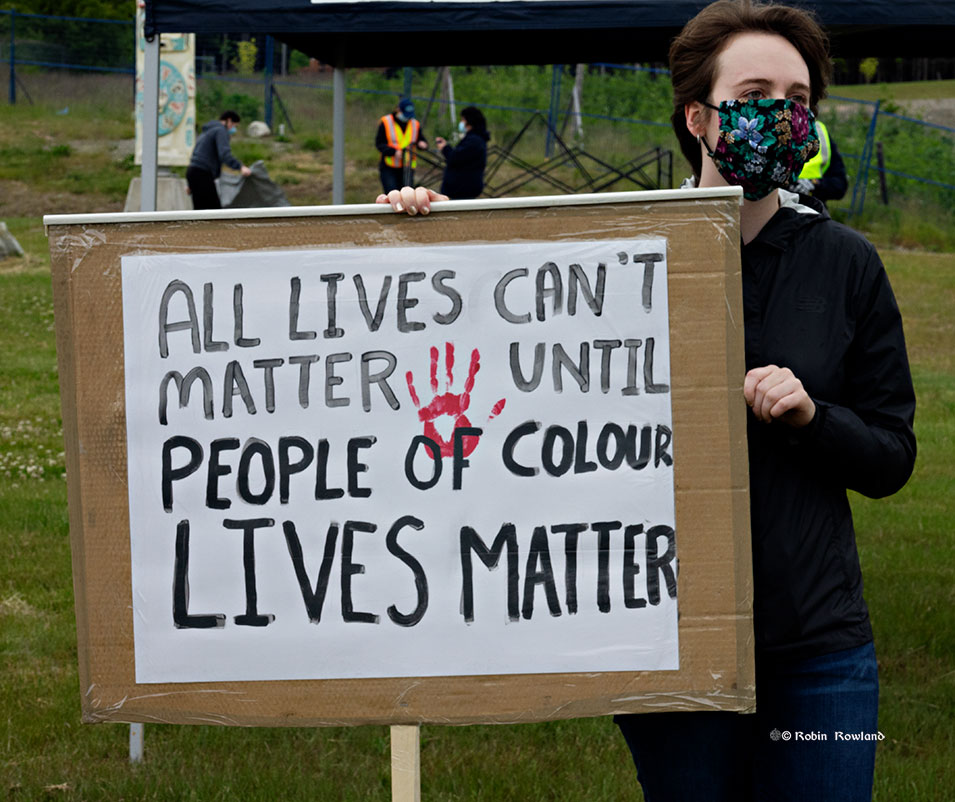 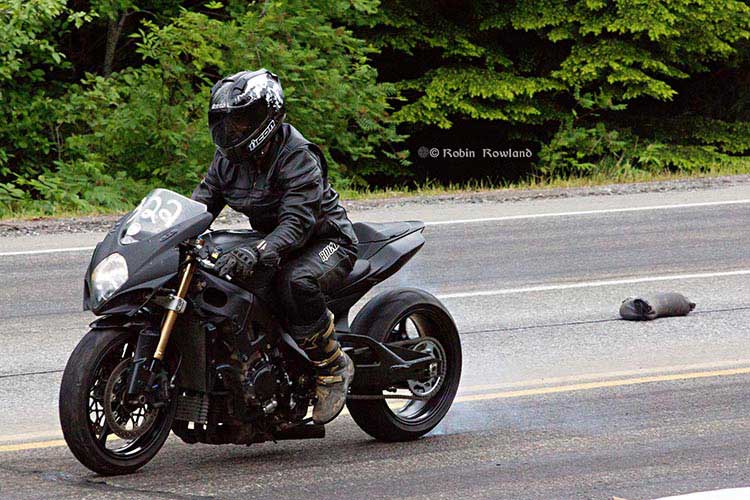 So on the afternoon of June 30, wandered down from the house to watch the time trials.  I had expected the muscle cars. What I did not expect were the “sleds,” snowmobiles converted to race on asphalt.

Sitting in a spectators’ section near the finish line gave a good view for a few shots. 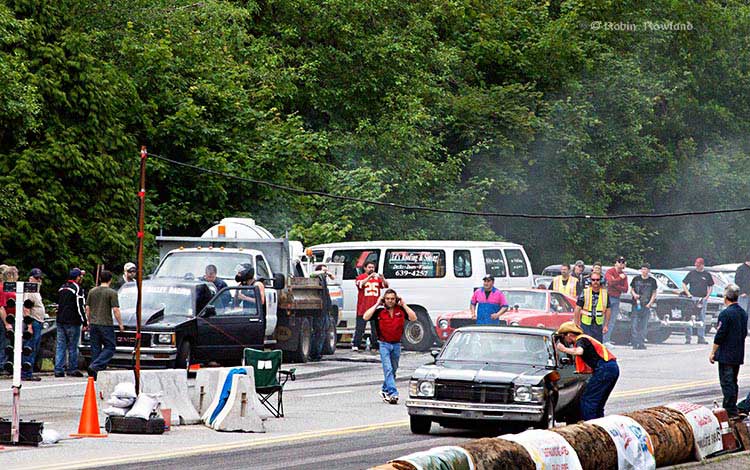 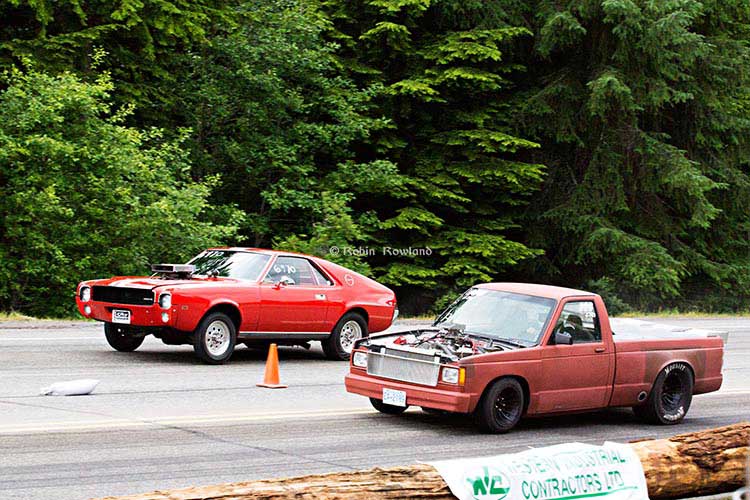 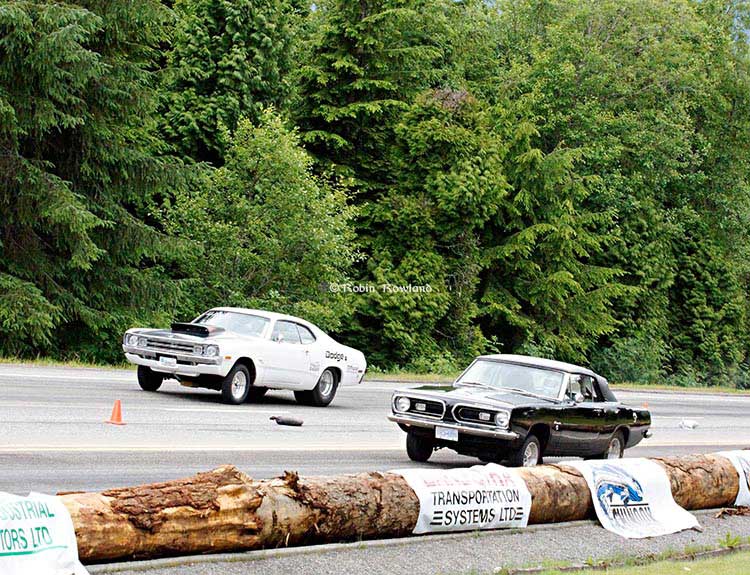 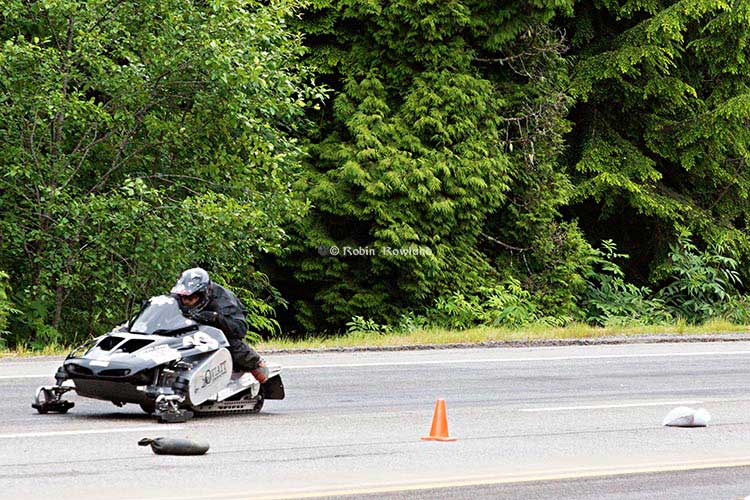 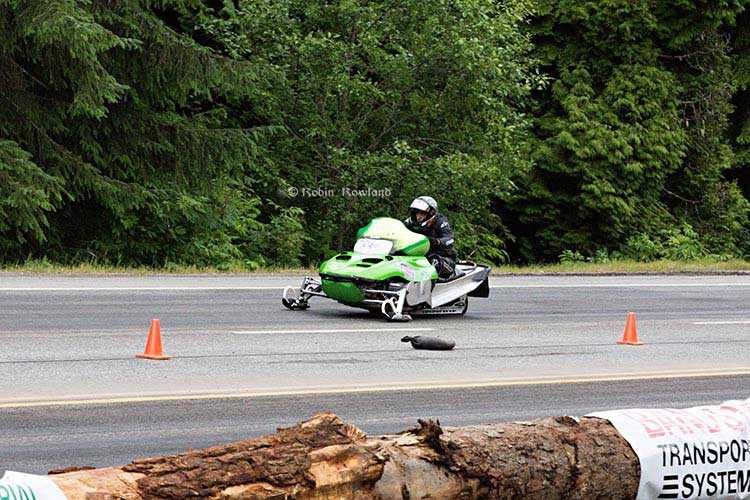 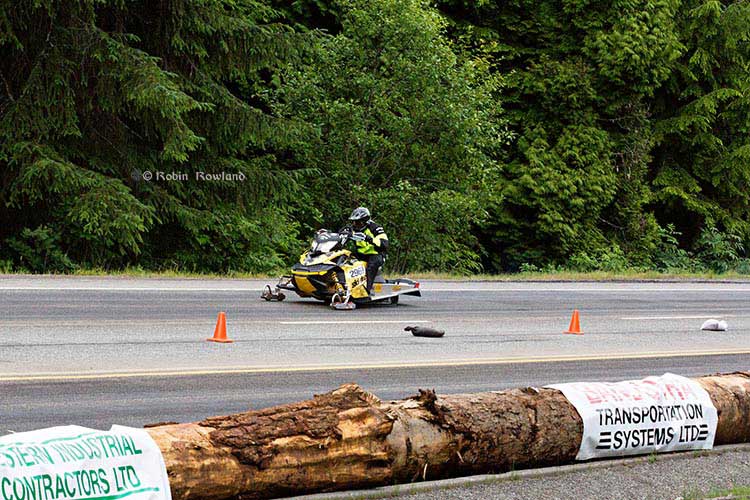 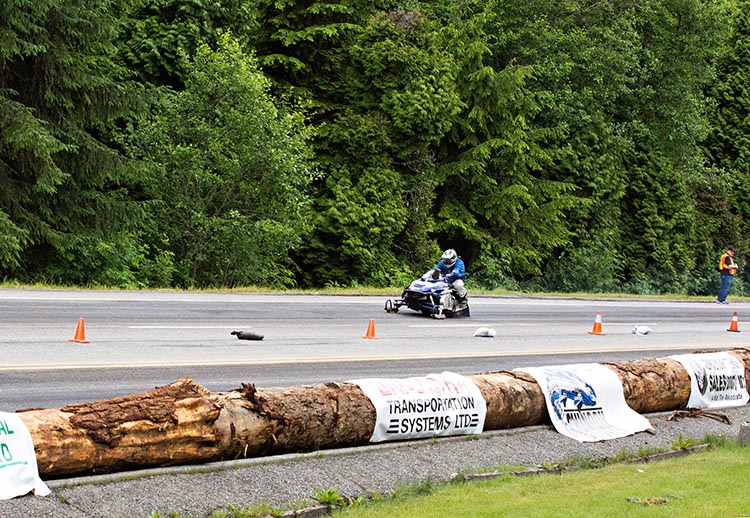 In the next two shots, the sled racers slowly come back down Haisla Hill after their time trial. Here you can see where the skis in the front of the snowmobile have been replaced by wheels. 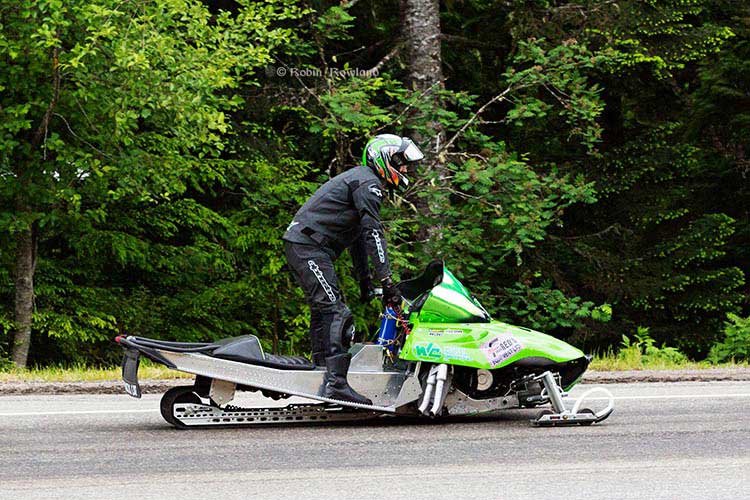 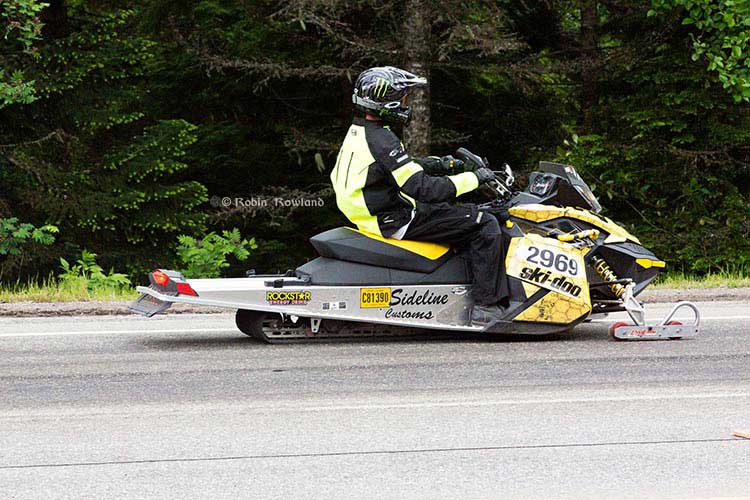 The annual Kitimat Dragon Boat races were held at Minette Bay on July 2, 2011. The day began in pouring rain and gradually began to clear in the afternoon and by the finals in the afternoon, it was sunny and warm.

Putting on the PFD as the crews prepare for the first race.

Racing onto the dock for the first race.
Heading out beyond the logs to the race course.
At the starting line at the other side of Minette Bay.
Changing crews after a race.
The Canadian Coast Guard Auxiliary-Pacific Unit 63 Snowflake Responder keeps an eye on the races.
The crews take a break.
The final race to the finish line.
After the formal final, the finalists competed a second time in the “Guts and Glory” Race.
Heading home after the Guts and Glory race.
July 4, 2011 Robin Rowland
raceDragon Boat Race , Kitimat , Minette Bay