Another selection of images from my Android Galaxy camera phone.

These were taken at the same time as the Vignette photos in the last blog but using the black and white setting for the Retrocam.

My favourites for black and white are the Fudgecan (circa 1961 when I was growing up in Kitimat.) which have a sort of silvery sheen to the images. 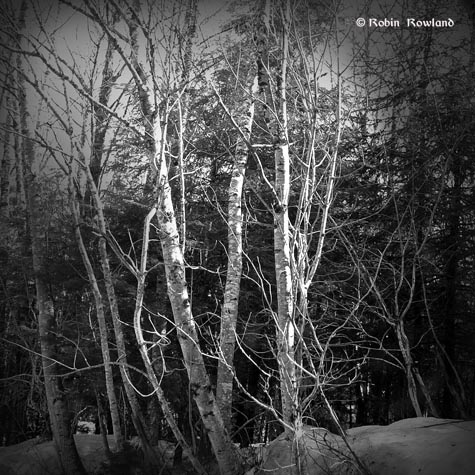 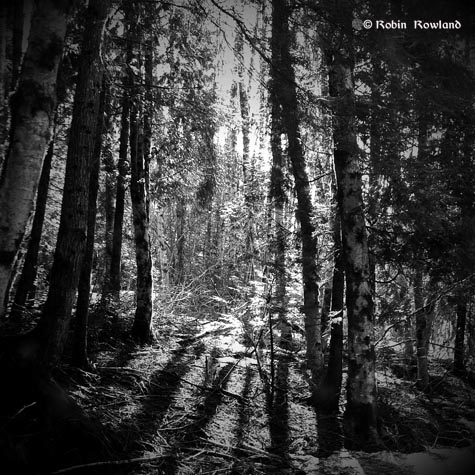 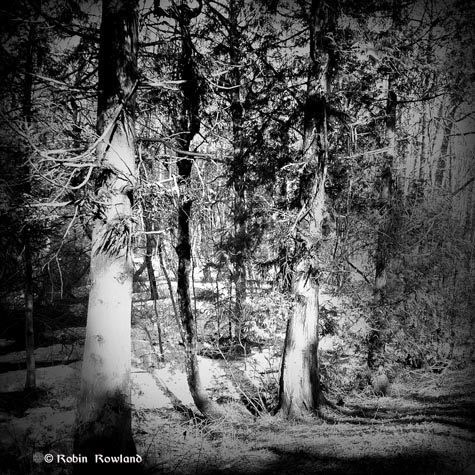 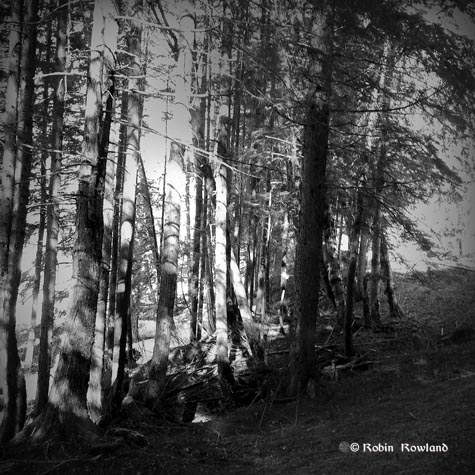 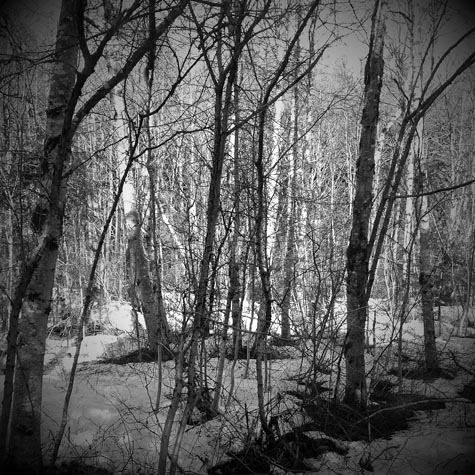 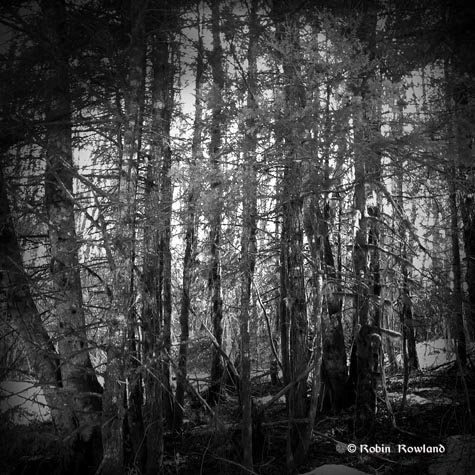 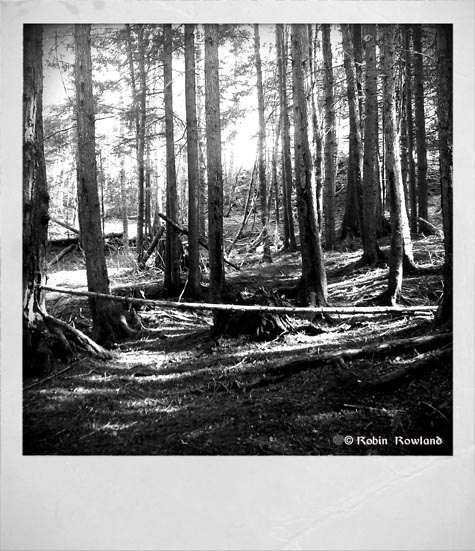 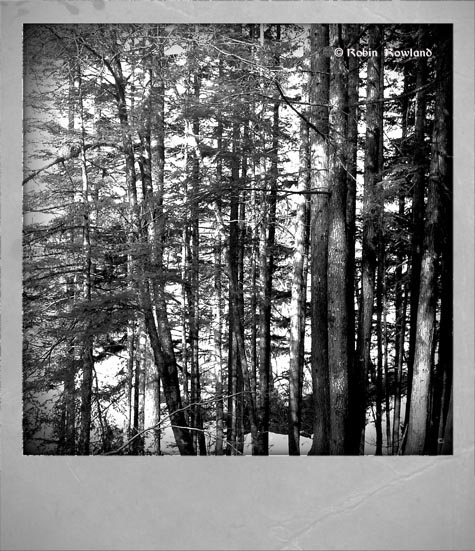 And the Bärbl setting,  from a camera produced in Leipzig in 1951. 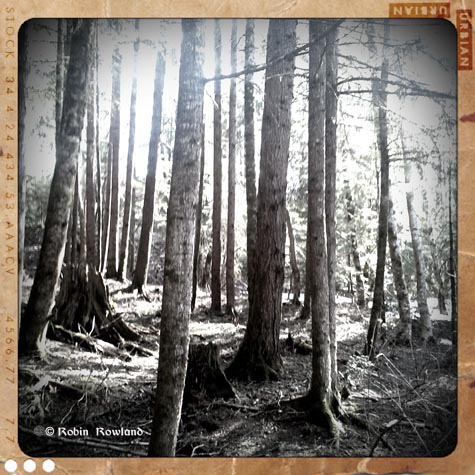 A spring walk in the woods with an Android camera – I 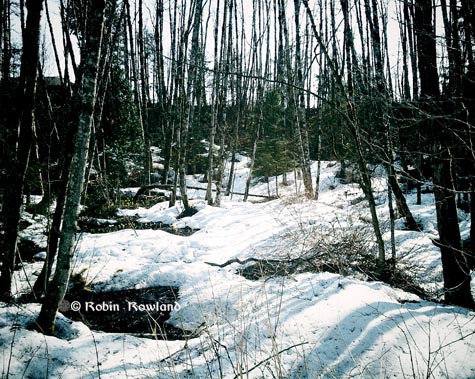 It’s spring in British Columbia’s northwest and most of the heavy snow we had this winter  is long gone. It was warm enough Saturday that I took my shirt off while fixing up the garden.

But the drifts remain in low lying areas, like a ravine park close to my house.  So over the past couple days  I’ve gone for a walk in the woods and used the camera in my Samsung Galaxy Android phone to photograph the last of our northern winter as it turns to spring.

In Part One, I am using Vignette  (the Android equivalent of the Hipstamatic) and the first few photos were taken with the basic vignette setting. 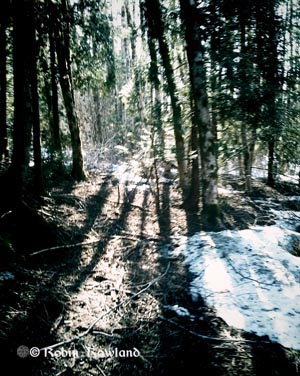 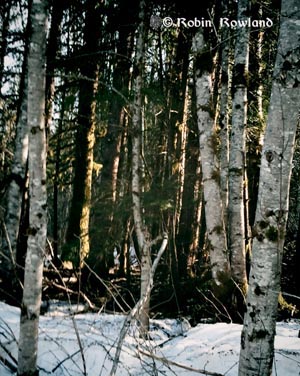 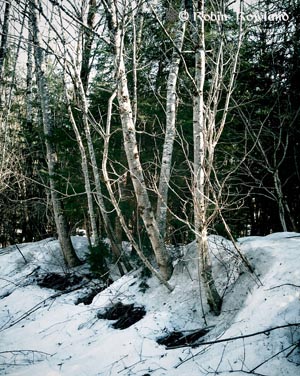 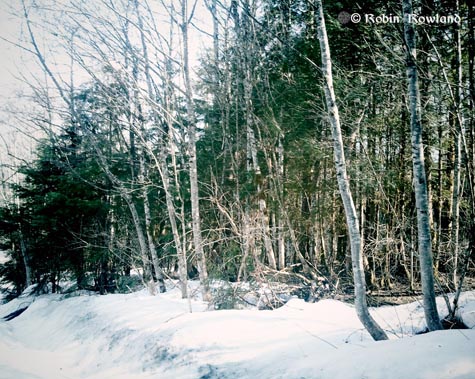 And a few experiments with other settings 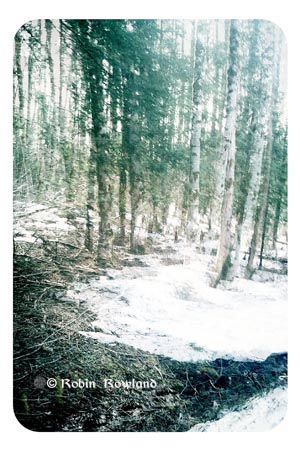 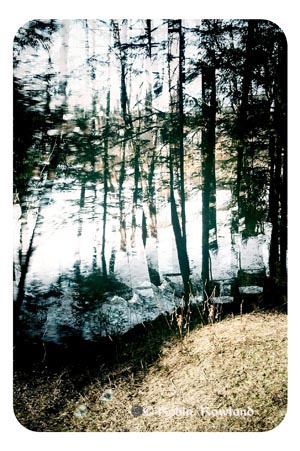 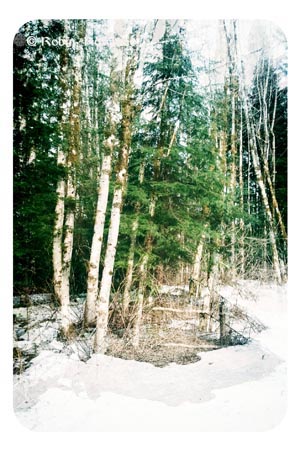 And in the next blog, an old fashioned look on the same walk using the Android Retrocam.