A song sparrow in sea grass

Shortly after I shot the crows chasing the juvenile bald eagle, on the drive home, I stopped at an old dock. I clearly could hear a bird, probably a sparrow, but wasn’t sure where it was. It was low tide and then I spotted the bird in a small “cave” created in the sea grass when the tide went out.

It’s a large song sparrow. The blue/grey tones are what I was with my eyes and the images are correctly white balanced. It may be the large, grey Alaska variant of the song sparrow which are more common farther north than the north coast of British Columbia, but the expert opinion I consulted was divided, with some saying it was the “merilli/montana”  subspecies that is also found in the BC and US interior.  Problem is that in most, there is a lot more brown than grey. 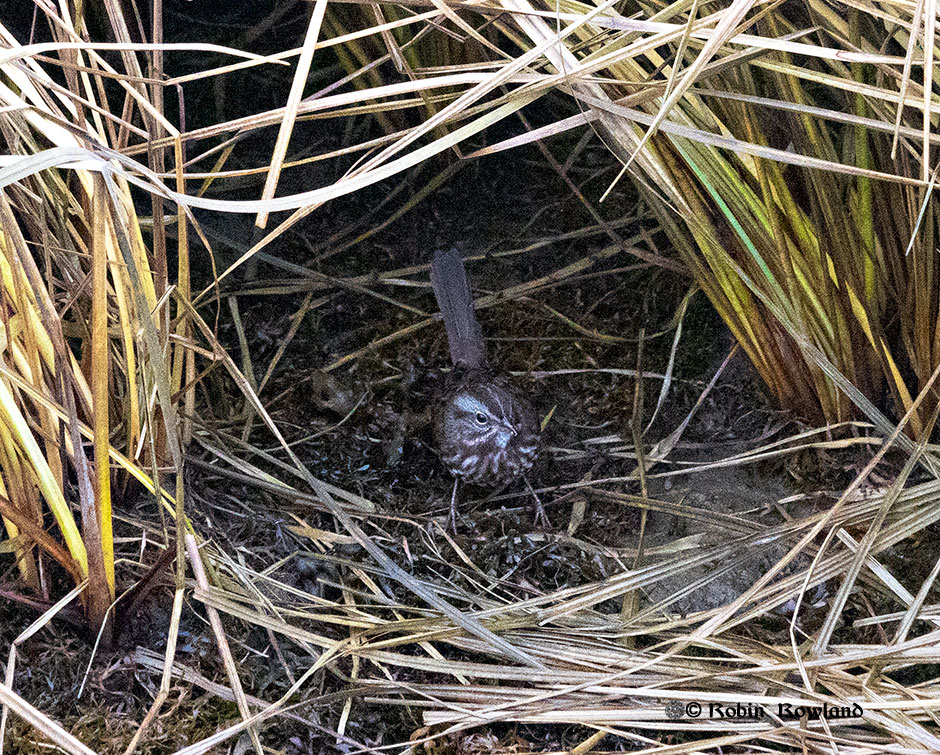 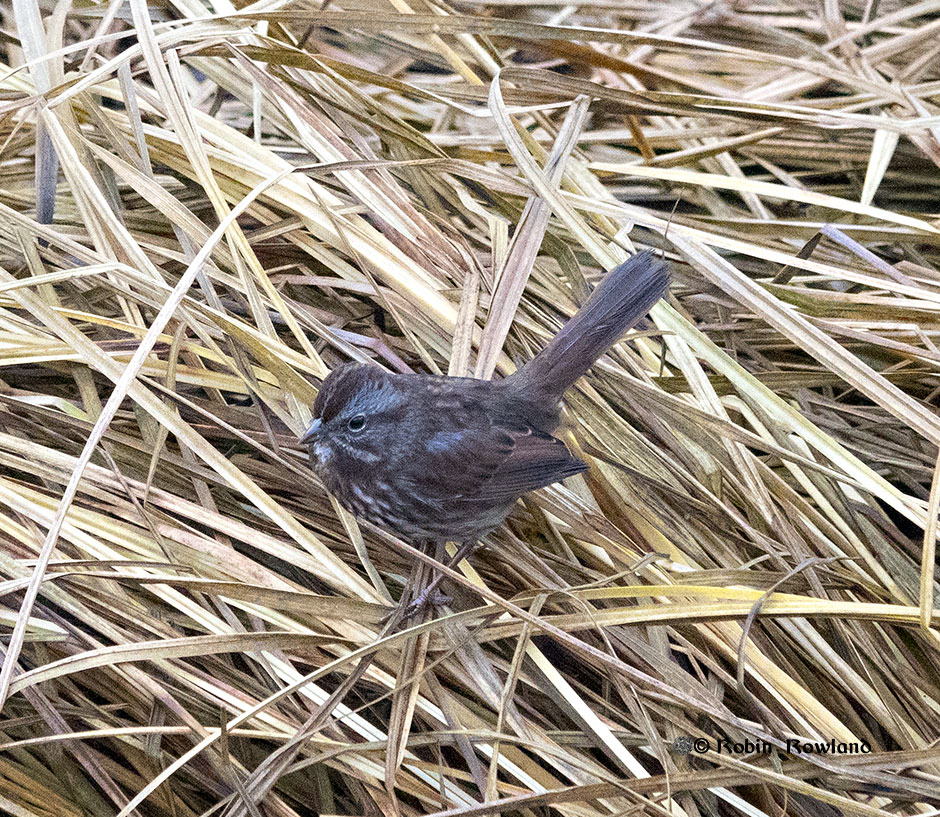 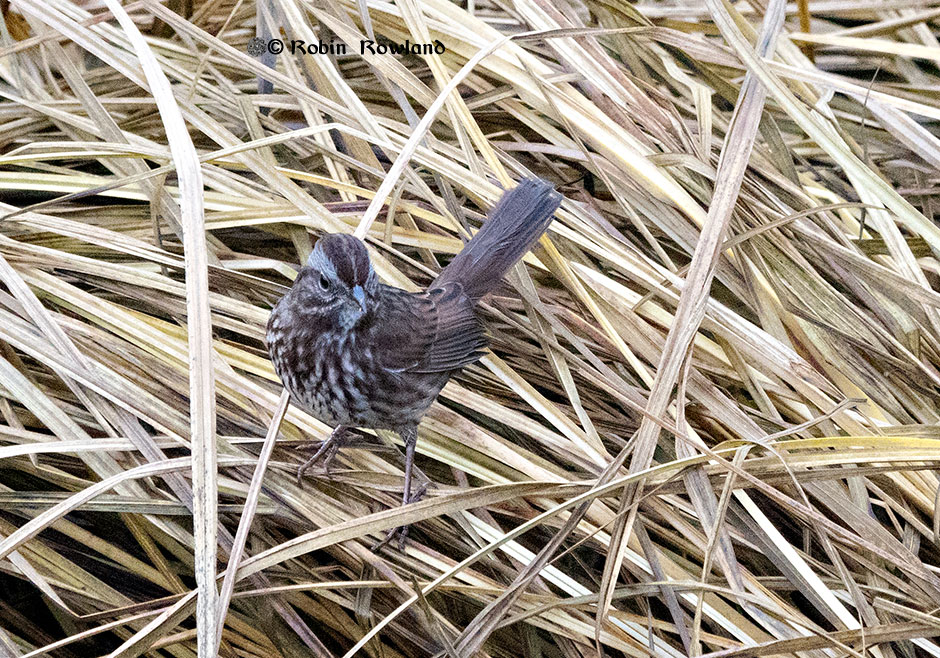 Birds in the fog on a sunny morning in Kitamaat Village 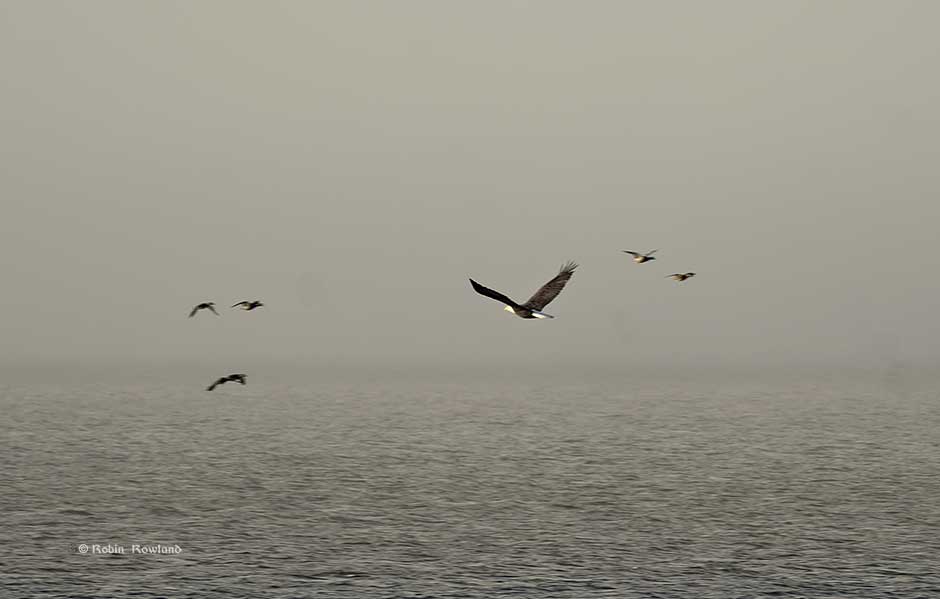 Fly past. A bald eagle passes some mallard ducks in flight over Kitimat harbour. (Robin Rowland)

A flock of mallards fly over Kitimat harbour. (Robin Rowland) 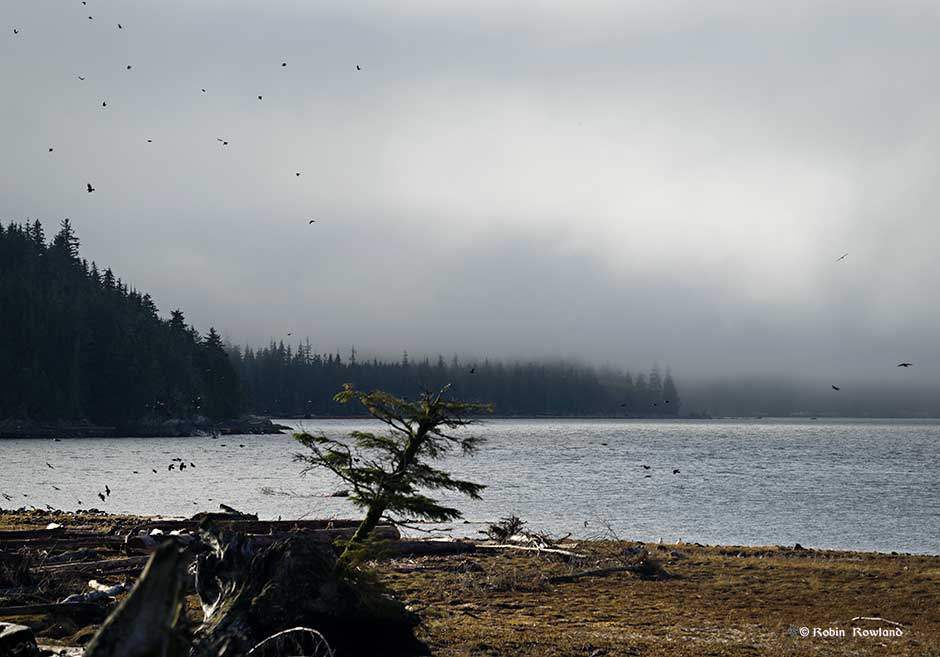 A “murder of crows” fly toward Kitamaat Village from the Kitimat harbour. (Robin Rowland) 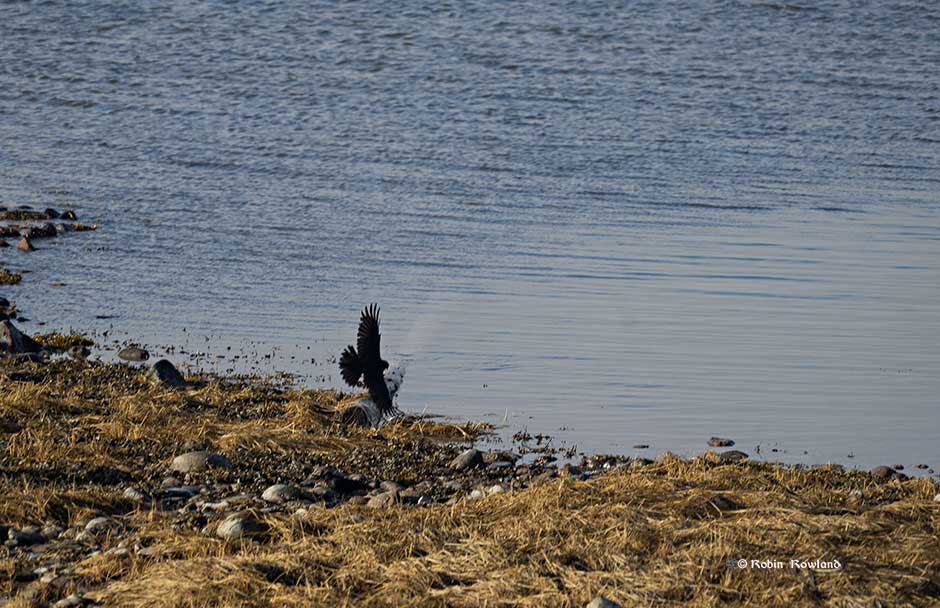 A crow comes in for landing on the shores of Kitamaat Village. (Robin Rowland) 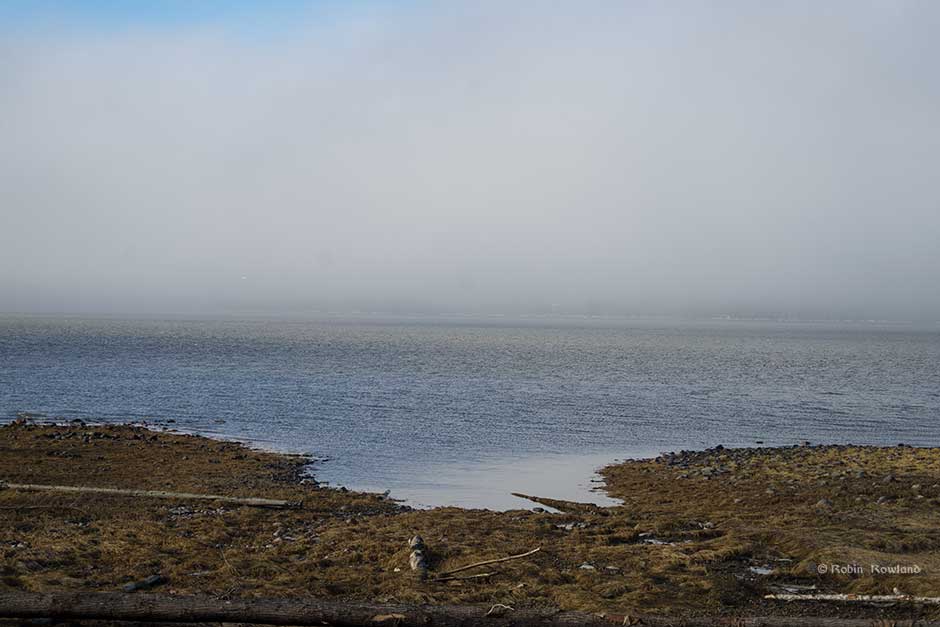 The beach at Kitamaat Village as the tide begins to recede with the sun shining on the fog in Kitmat harbour. (Robin Rowland) 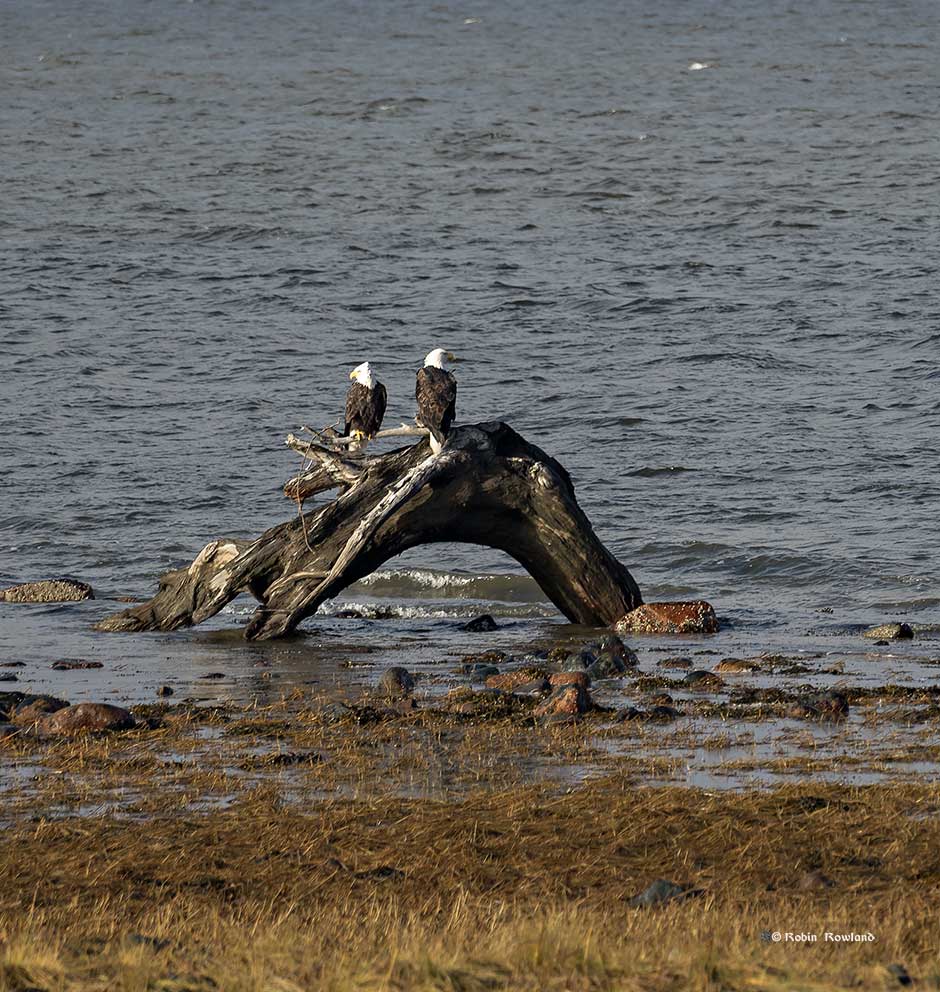 A pair of bald eagles find perches on a old snag on the Kitamaat Village waterfront. (Robin Rowland) 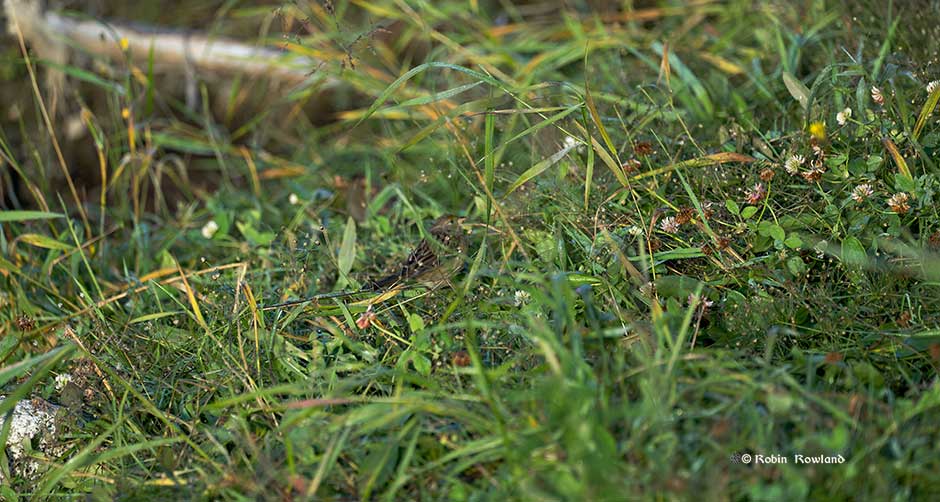 Thanksgiving Dinner at my feeders

So I had some interesting visitors at my bird feeders for Thanksgiving Dinner today. 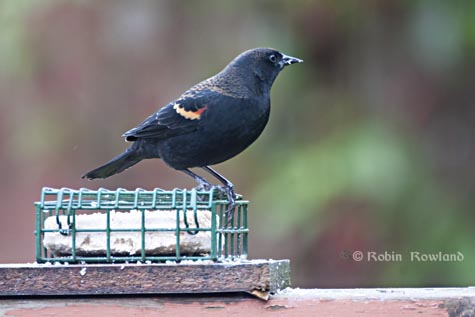 I think this is a gorgeous male red winged blackbird. 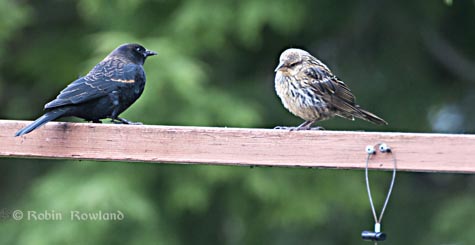 The redwinged blackbird and his mate on my deck beam. 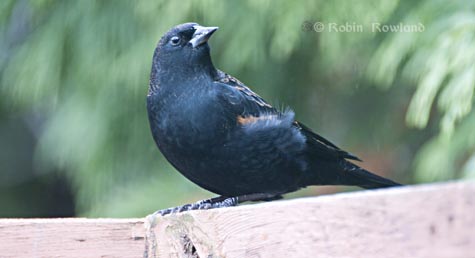 The BC redwinged blackbird is is somewhat different from the birds I photographed in Ontario, that at first I didn’t recognize it.  This bird has a yellow tuft and the red isn’t as prominent, so that is why I am not certain (Comments please if I need a correction) 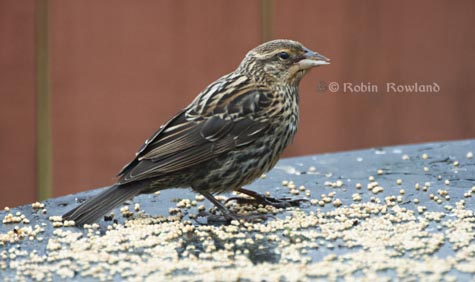 This female does look like the red-winged blackbirds in my bird books. 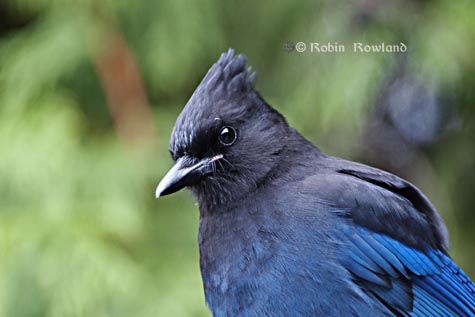 The stellar jays that live in the cedar trees around my house are regular visitors. 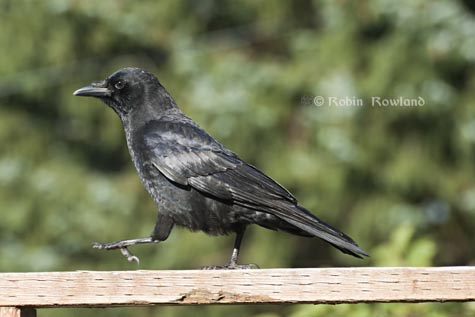 A crow prances on my deck.

Earlier on the weekend

And there were visitors who were also my guests for an earlier dinner. 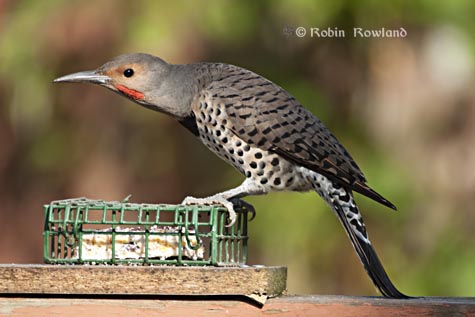 A northern flicker samples the suet. 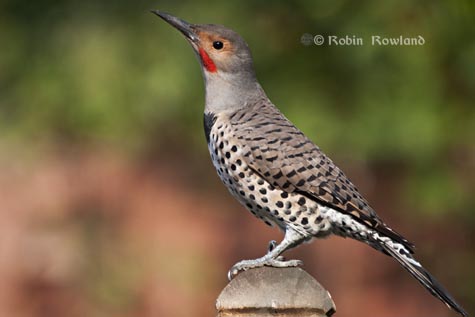 The northern flicker perches on top of the suet feeder. 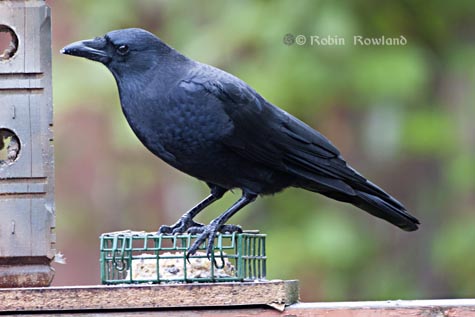 Another crow at the suet. 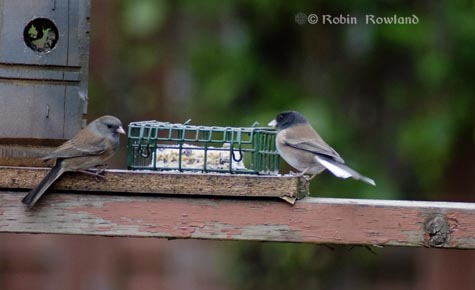 Dark-eyed or Oregon juncos at the suet feeder. 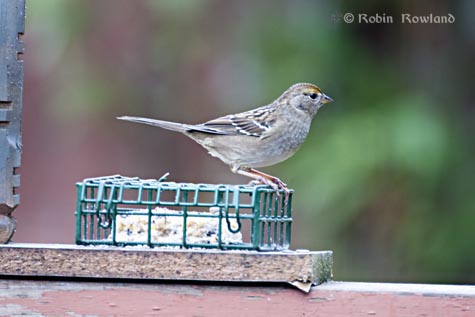 A Savannah sparrow samples the suet. 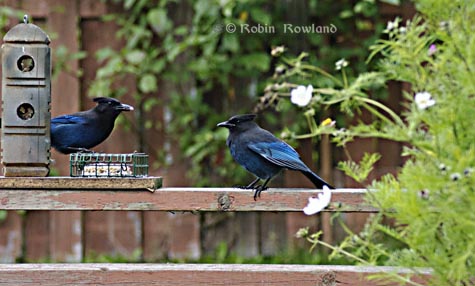