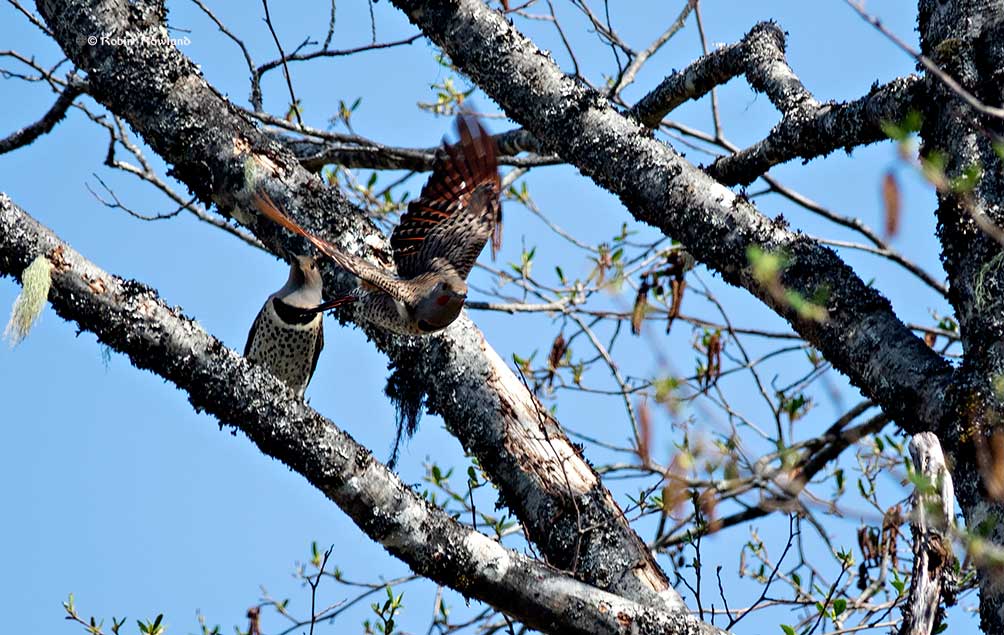 A pair of Northern Flickers in a tree near my house. (Robin Rowland)

A lucky shot of a pair of Northern Flickers. (Colaptes auratus).  They flew into the tree as I was walking by. Grabbed one shot as they perched, then one took off swooping toward me. Lucky shot.

Northern Flicker upside down at my feeder 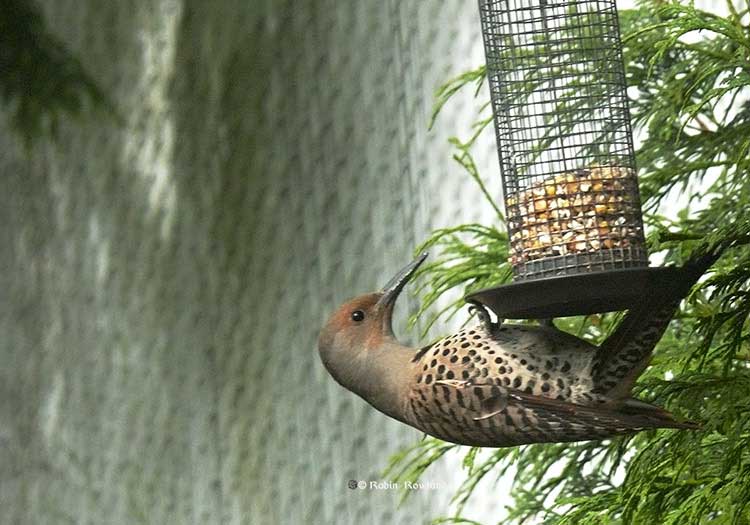 A Northern Flicker, Colaptes auratus, hangs upside down from the bird feeder in my garden, June 9, 2014. (Robin Rowland)