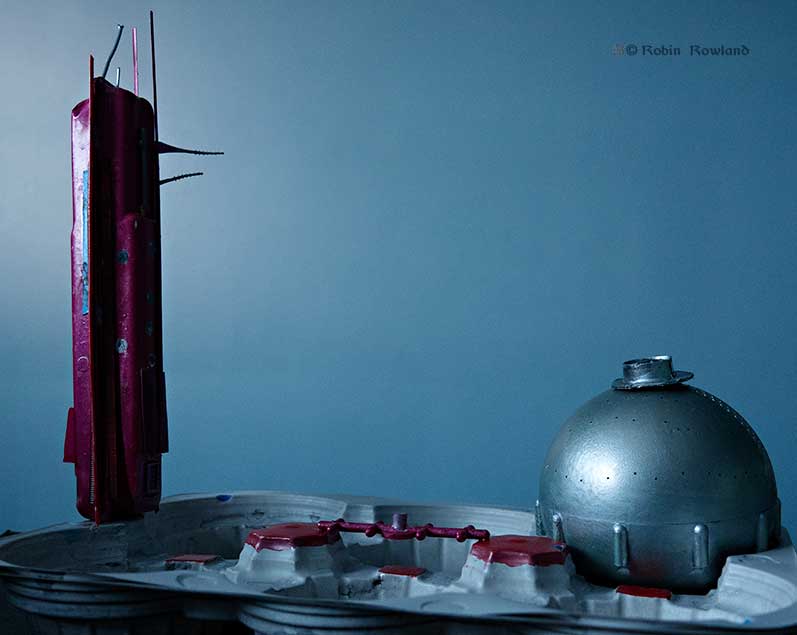 Almost all the model starships on the market today come from either Star Wars or Star Trek, with a few from the Battlestar Galactica reboot. Some speciality hobby stores both brick and mortar and online do offer some “vintage” kits. Even on Shapeways, the online marketplace for 3-D printed models,  the offerings are almost all Star Trek or Star Wars.

Yes as you can see from this site, I do model Star Wars and I have some Star Trek models on my to-do list.   A few months ago I decided it was time that my favourite science fiction author as a kid, Andre Norton, received some modelling tributes.

I decided that my first Andre Norton project should be from the first Norton science fiction novel I read when I was 13, The Time Traders.   (which became a series of novels )

The Time Traders, first in the series,  was written in the fifties at the height of the cold war.  The basic premise  is that the Soviet Union finds an alien starship preserved in the Arctic ice cap and starts using that technology (at the time of the so-called, later proved to be non-existent “missile gap”) and the United States must counter the Soviets.

Both sides some how, it’s never explained,  develop time travel and in a time travel arms race send agents back in time to various ages when the aliens later dubbed the “Baldies” were active on Earth. The “Baldies are alien pale, white, hairless, alien humanoids.

Norton only described the starship as spherical.  And various cover artists had their own interpretations of the ship trapped in ice. Every cover is different,  unlike movies or television where the design is fixed, so that gave me a little flexibility. 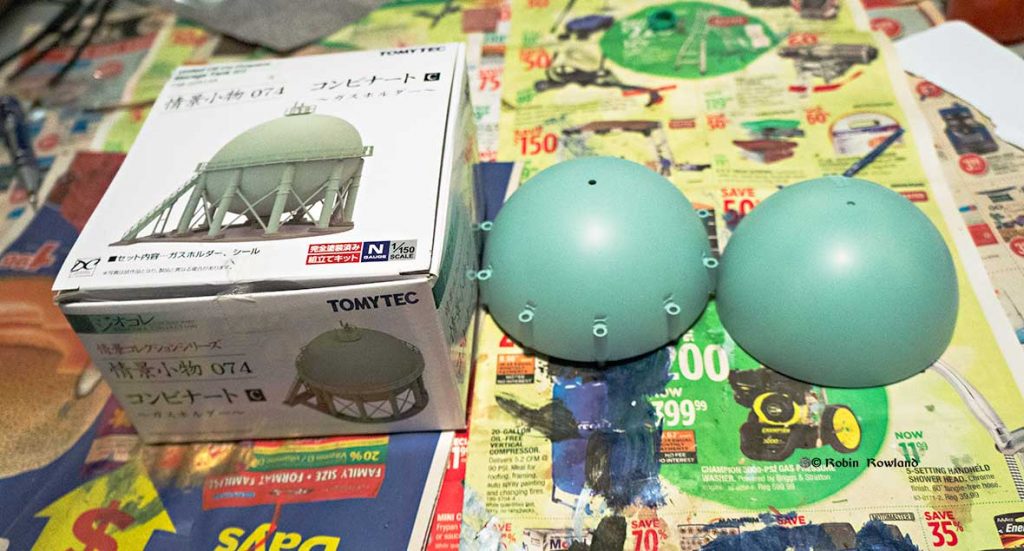 I then added a bridge similar to the first cover, using a manufacturers container for contact lens (which didn’t work out as well as I had hoped) and stand/main engine from a bottle top. 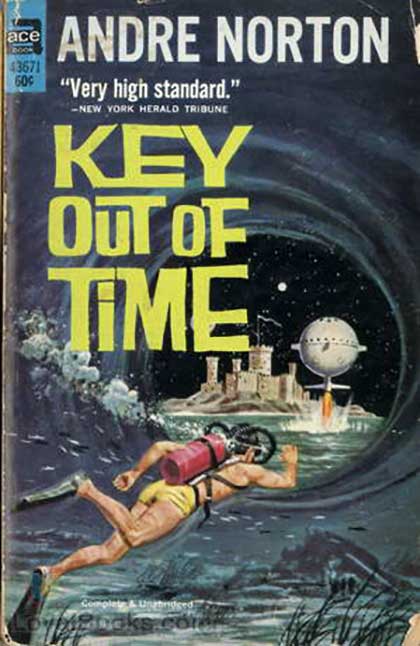 Once the model was complete,  I took it out into the snow of my front yard.

Of course I couldn’t leave the model out in the snow. So I created a base using another cover, from the novel Galactic Derelict.

There are a couple of differences here.  In Galactic Derelict the spherical ship is a scout, capable of holding perhaps up to five humans/humanoids.

It is discovered in the American west during the Palaeolithic when there is still volcanism in the Rockies (at least in the novel) and during an attempt to bring it forward to twentieth century time, instead it sends the crew on a journey across the galaxy and back.  In the several thousand years the “Baldie” civilization has collapsed and one of the bases the Terrans visit is a refueling station that, luckily still operates.

So in this case the model remains the full size starship. not the scout. The landing zone is a container for frozen meat pies.  The “tower”  really should be further away. Once again I used two toothbrush containers glued together,  then add details from scrap.

To match the cover, I photographed the base in available light late on the afternoon of April 1.   Also there are images of the model in full light to show more details.