One more suggestion about the “mystery missile”

The media has  been in a big flap recently about the so-called mystery missile that a KCBS cameraman shot off the coast of California. 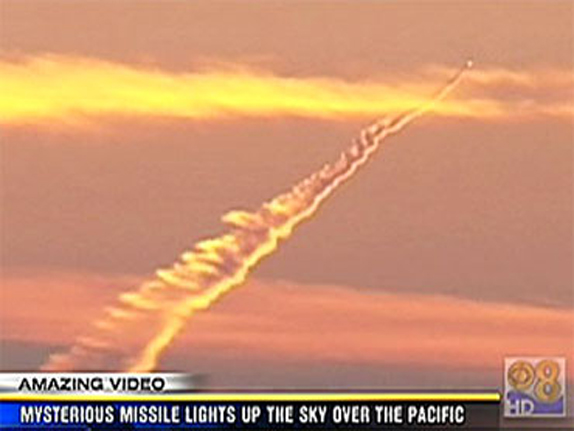 The experts now say the missile launch was most likely a contrail  of an aircraft,  an optical illusion created by the setting sun, but as David Martin of CBS News explained, the incident did cause some head scratching at the Pentagon,

It was not until Tuesday afternoon that Defense officials were
starting to leak the belief that it was an airplane. They weren’t
willing to say it on the record until Wednesday morning, mainly because
they had to get other agencies — the Federal Aviation Administration,
the Department of Homeland Security, as well as the Pentagon’s own air
defense command — to sign off on it.

By then, 36 hours
had elapsed. Maybe the moral of the story is we in the media need to go
slower while the government has to move faster.

Of course, conspiracy theorists don’t believe it for a minute.

So let me add one crazy idea.  Remember the episode of  Star Trek Deep Space Nine  called “Little Green Men” where the  Ferengi shuttle ends up in Roswell, NM, in  1947 at the time of the UFO flap?

The Ferengi have to fly their shuttle, loaded with kemocite through an atomic blast to kick in a time warp to get them back to their own era.

Now the shuttle was heading west at near impulse speeds when it went through the atomic blast. It didn’t rematerialize in the future until it reached Earth orbit. That means it would go forward in time as it headed west and higher into the sky to escape Earth’s gravity,

So that means it is just possible that the Ferengi shuttle was accelerating over the California coast in 2010  and that’s what’s on the video. 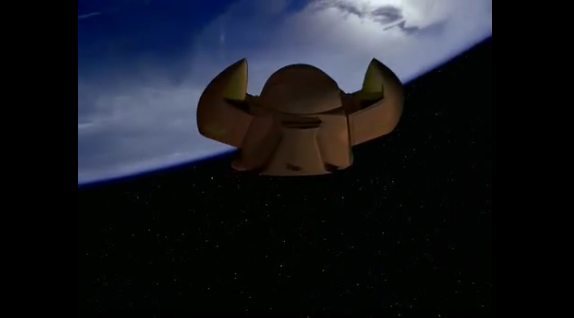 Oh well, it’s more likely it was a contrail, but it would have been nice….