A murder of crows mob a juvenile bald eagle 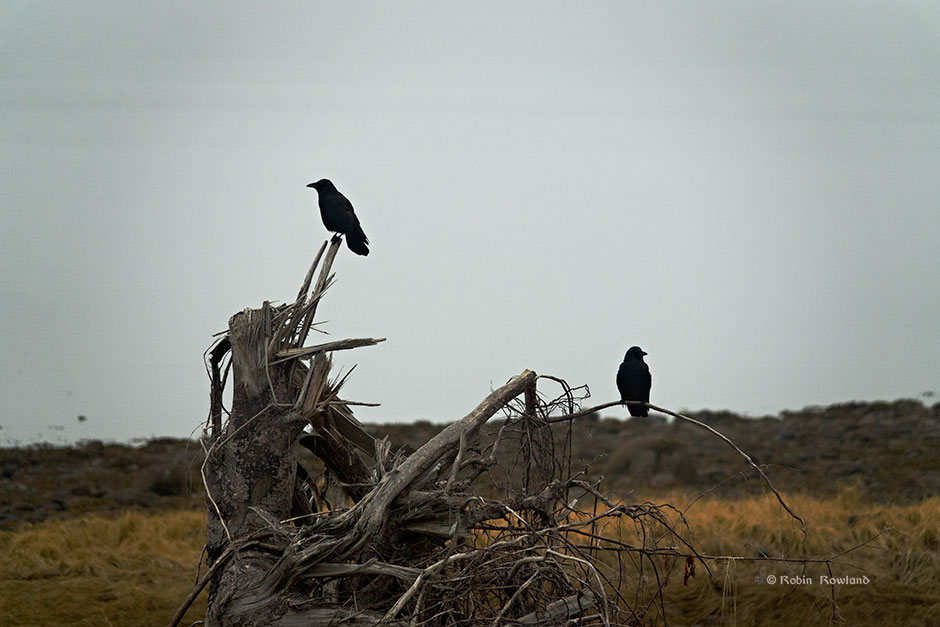 There were more crows than usual Sunday morning at the Kitamaat Village waterfront.  Crows perching on old driftwood roots…. 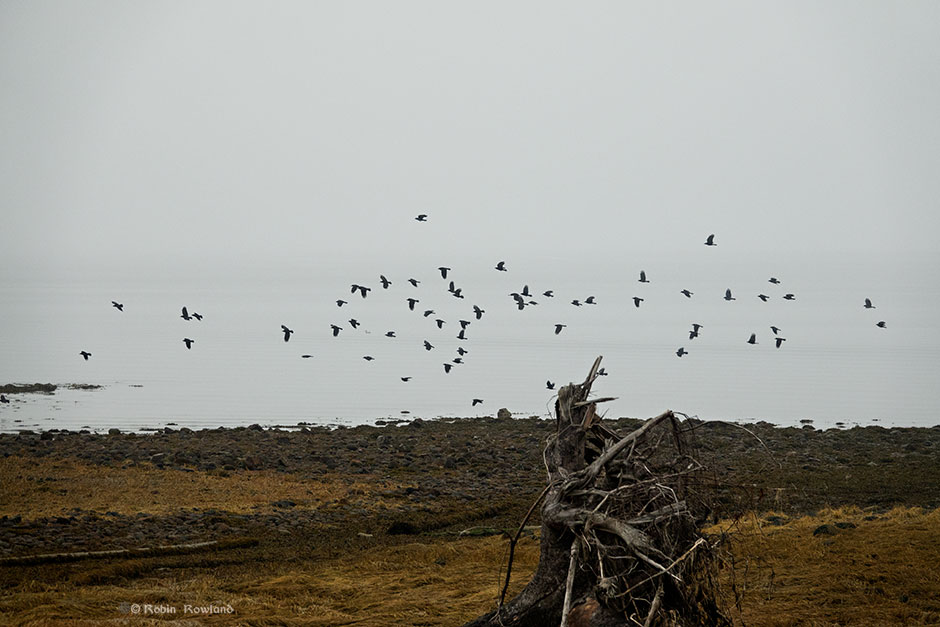 …or in the air along the shore line.

Suddenly all the crows took to the air….that murder of crows (or as one of the other birders said “it looks like two murders”).

It was soon clear that they were mobbing a juvenile bald eagle. 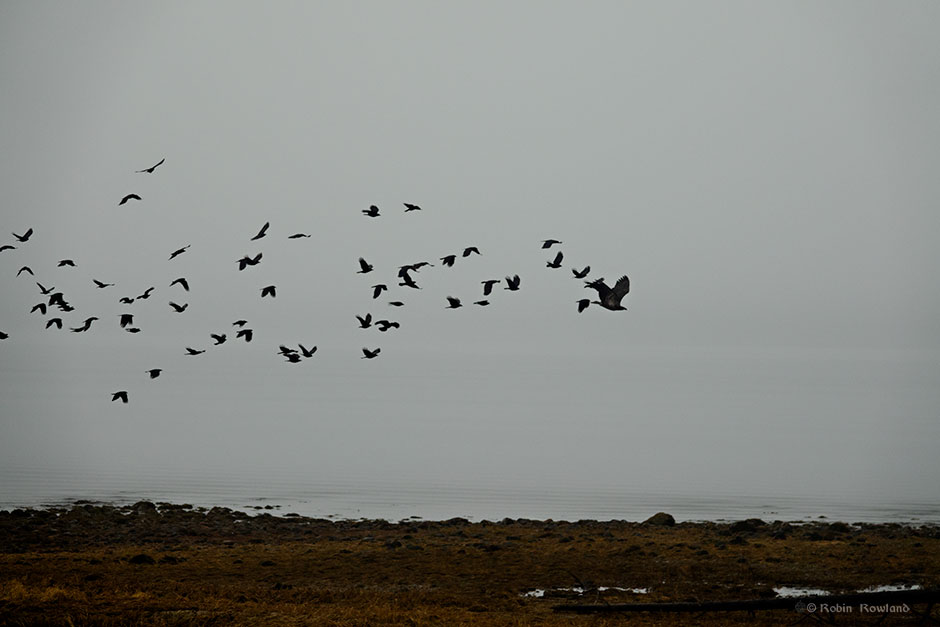 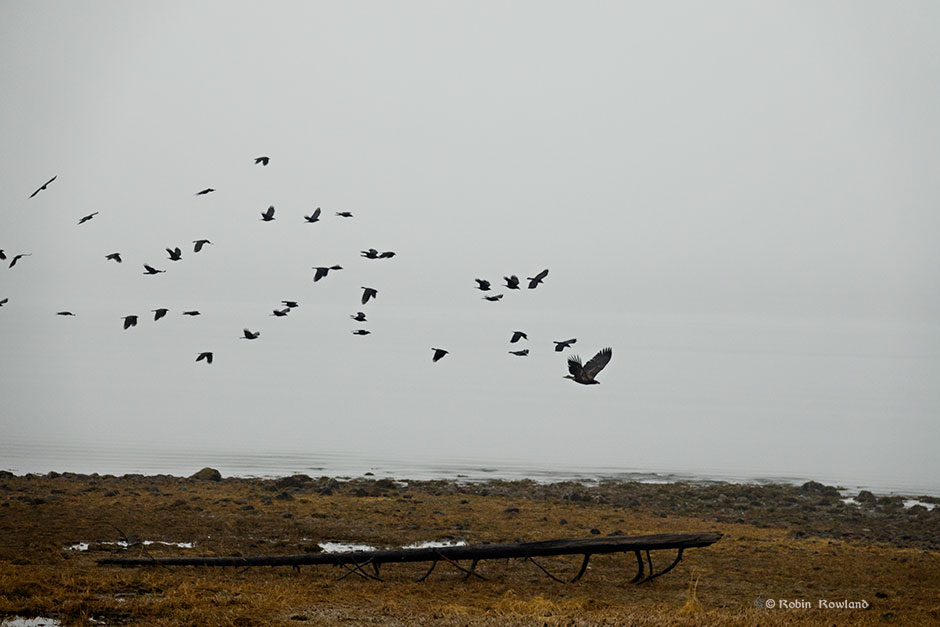 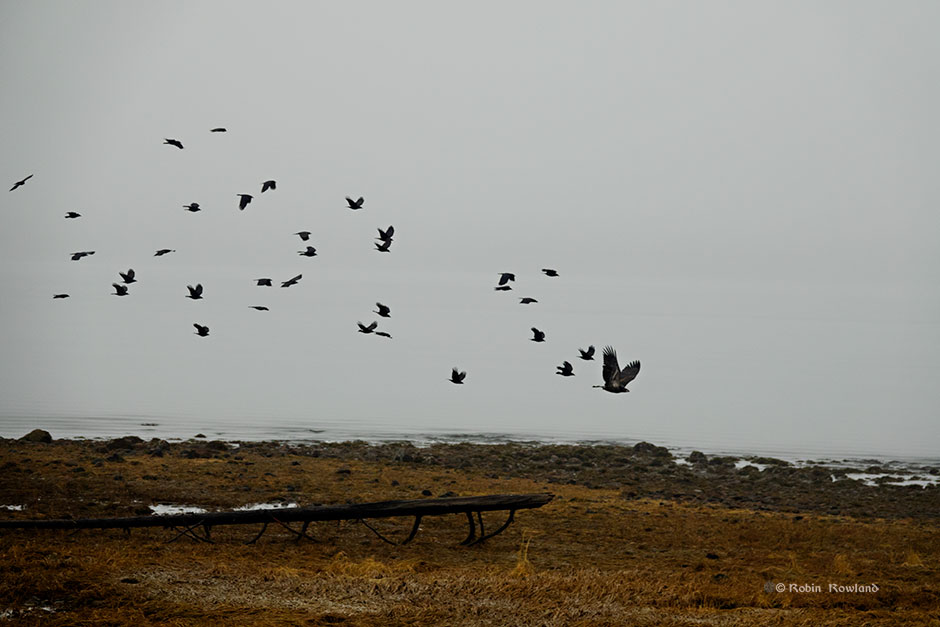 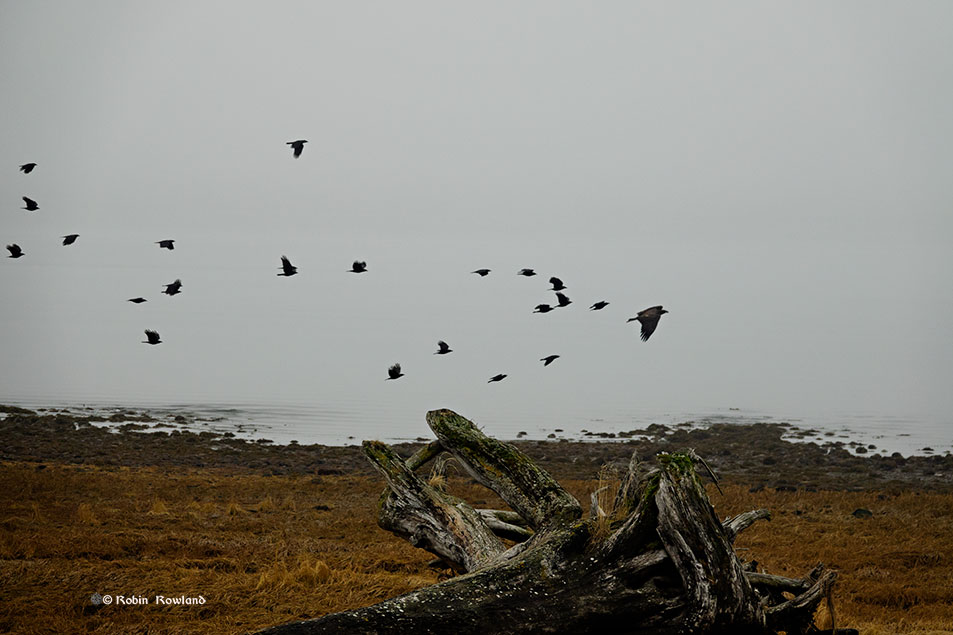 The eagle escaped the crows.  And we saw it about 20 minutes later, a little further away over the mouth of Whatl Creek at MK Bay, flying over some gulls skimming the water. 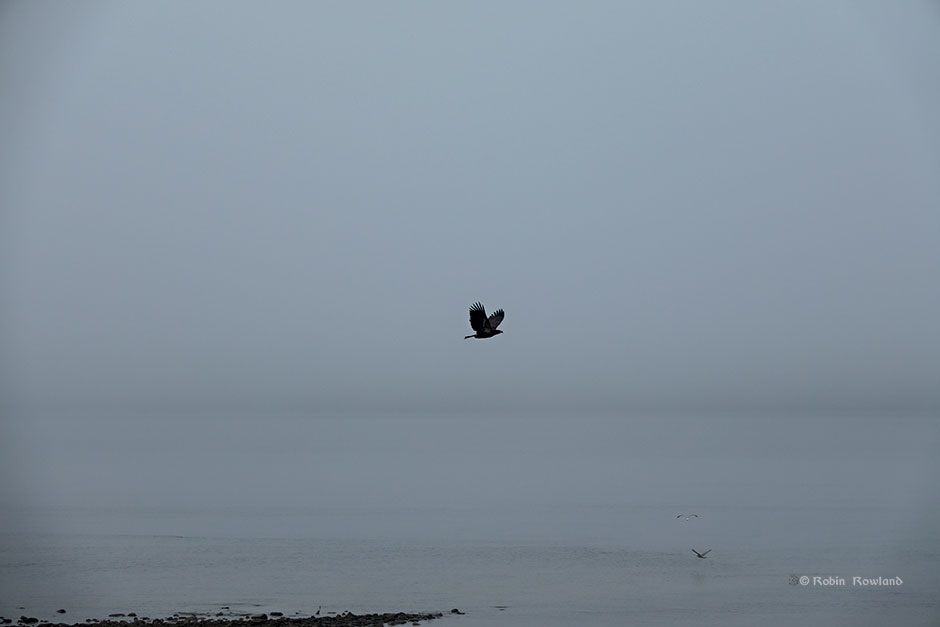