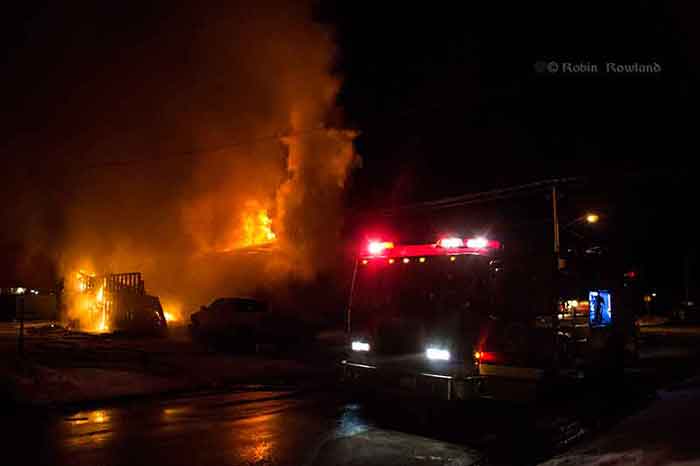 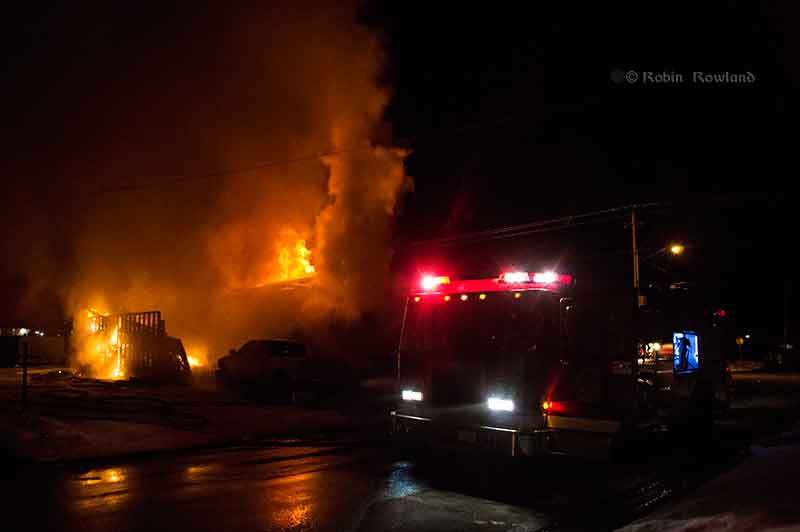 At approximately 7:20 pm Saturday March. 2, 2013, Fire crews responded to a residential structure fire on Whitlesey St. The Fire Department responded with two engines, one ladder truck, and one Ambulance with 15 firefighters and two Chief Officers.
There was extensive damage to the garage and roof structure of the house. Crews remained on scene for 3 hours and 30 minutes. There were no injuries reported and the cause of the fire is under investigation.

A fire caused major damage to a house on Whittlesey Street, in Kitimat, Saturday night, March 2, 2013. Neighbors said everyone got out safely. Again, according to neighbors the fire began in the garage, which was also a home workshop. There was apparently a fuel source of some kind in the garage for the fire continued for some time in the garage, despite efforts of Kitimat Fire and Rescue to extinguish the flames. Kitimat Fire are expected to remain on scene overnight. A police investigation into the cause of the fire will begin on Sunday morning. 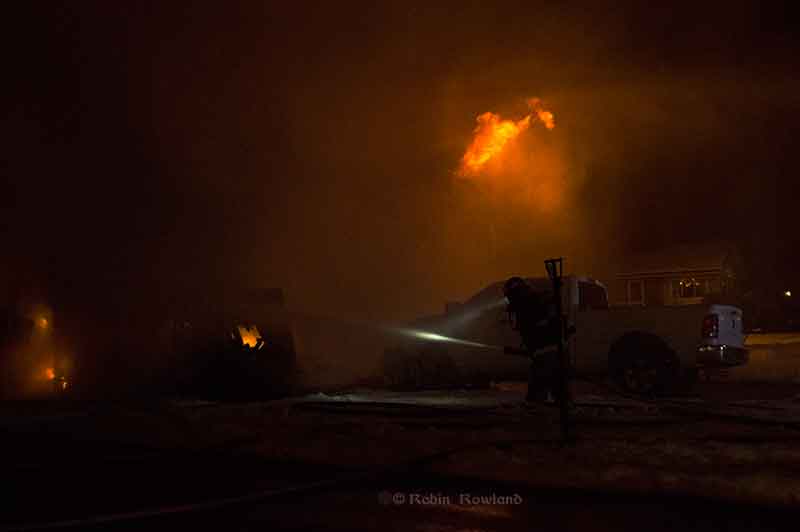 A Kitimat firefighter sprays water on the stubborn fire on the garage on Whittlesey Street. (Robin Rowland) 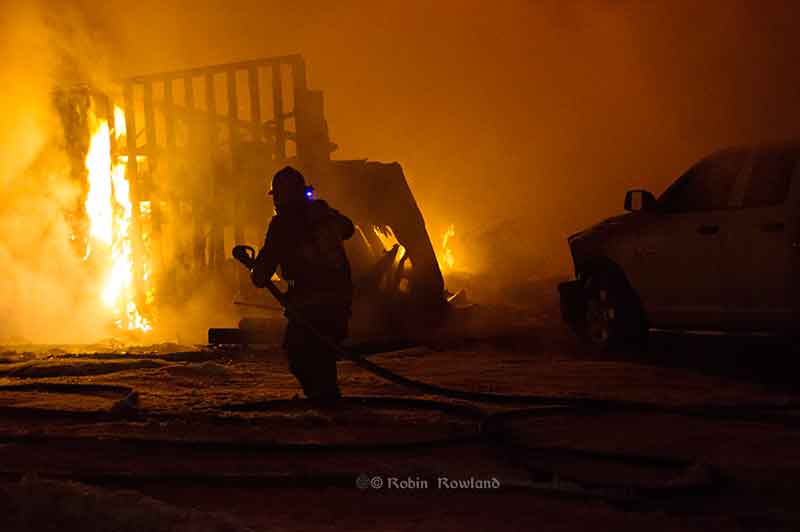 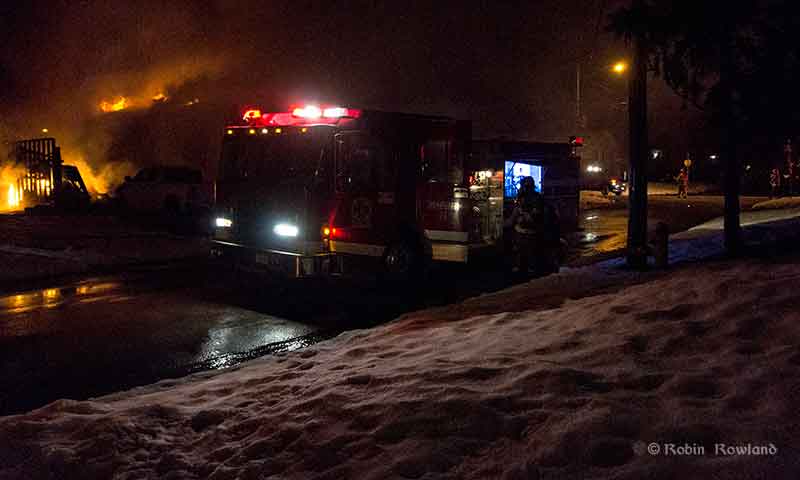 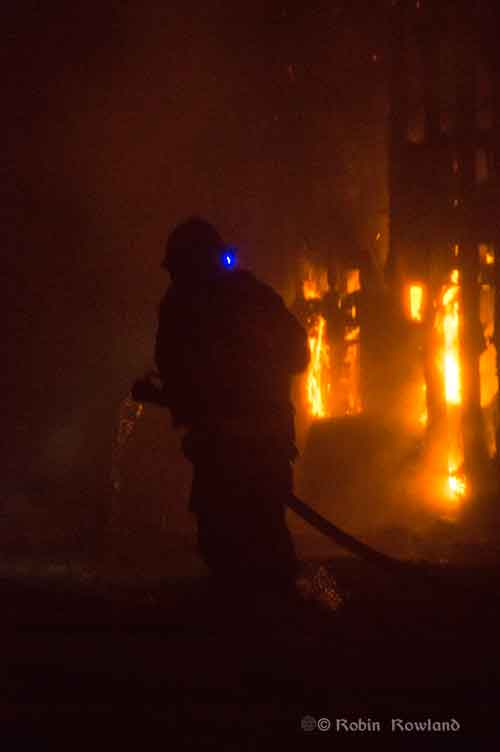 A Kitimat firefighter works on the stubborn blaze in the garage. (Robin Rowland) 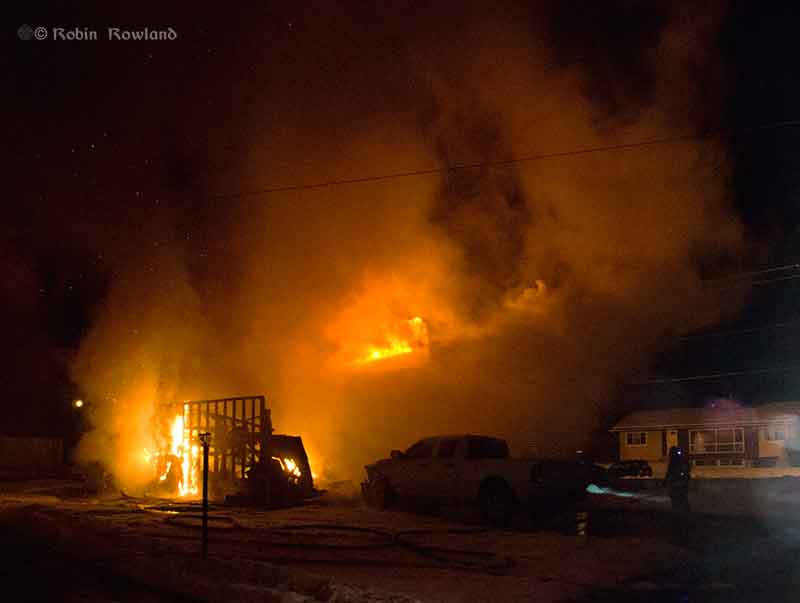