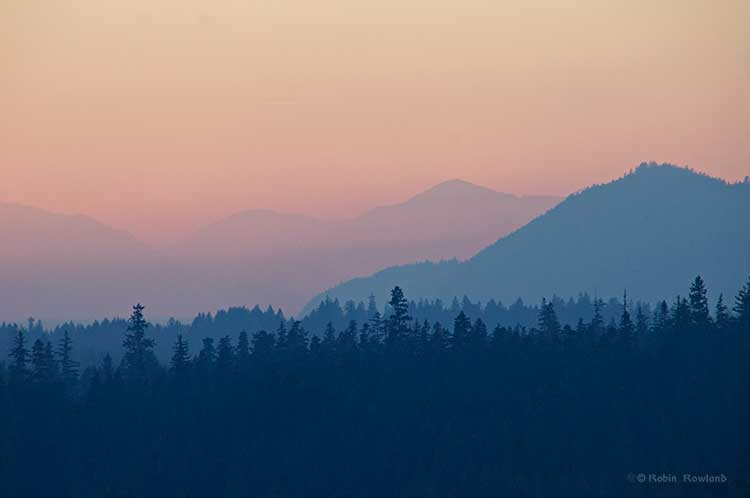 Sunset and smoke in Kitimat

For the past few days, a cold weather inversion has kept a layer of smoke over Kitimat, BC, the Kitimat harbour and Douglas Channel, and according to the Environment Canada weather alert, as far into the interior as Vanderhoof. This image from the park on Albatross Avenue looking out toward Douglas Channel on Friday, November 14, 2014. (Robin Rowland) 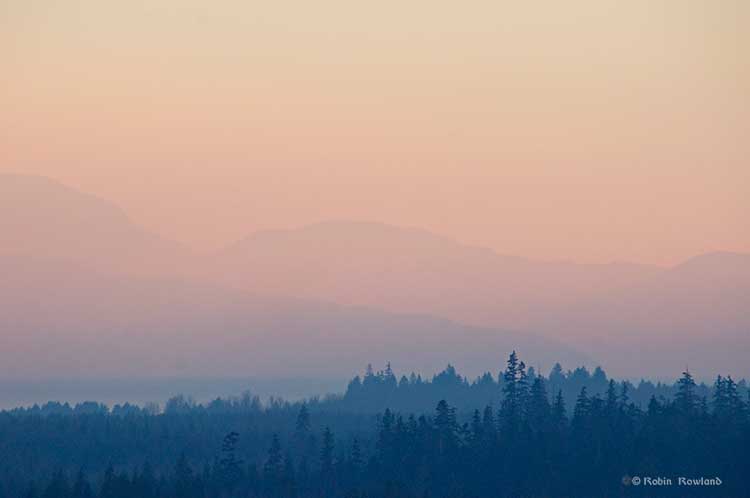 A slightly different angle, where part of the Channel can be seen through the smokey haze. (Robin Rowland)

And a stitch panorama of the whole view of the Channel, part of a project where I have been taking panoramic images of the harbour and Douglas Channel from the same spot since 2010. If this image was reproduced full size it would be 200 centimetres or about 78 inches wide. It is a bit noisy at that level and if I eventually use it, will probably be at a smaller size. (Robin Rowland)